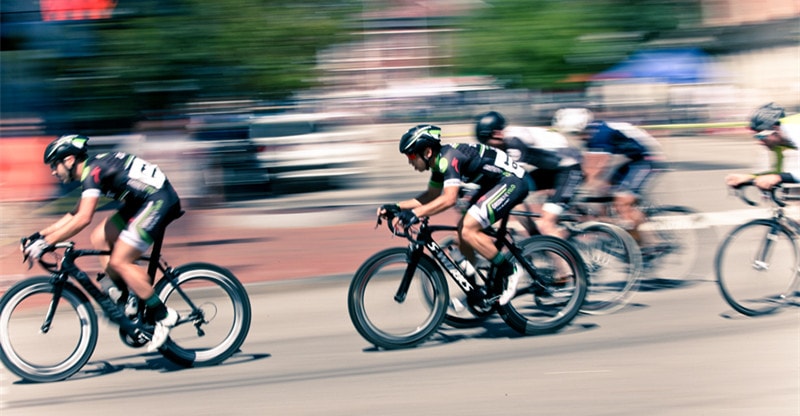 Life and sports have a lot in common – both comprise of rules, ethics, goals, hard work, passion, mentors, teammates and competition.

The most high-flying sports personalities have achieved excellence in life through their persistence, sacrifice and positive attitude towards life. These champions know what it takes to achieve success and maintain it consistently.

Consequently, they are a huge source of inspiration and their words have a long-lasting impact on people at large.

Encouraging Quotes from the World of Sports

Here are 60 quotes that serve as powerful words of encouragement from the world’s most celebrated sports personalities and coaches. These encouraging quotes will awaken the sportsperson in you and will teach you to rise and shine against all odds.

1. “Run when you can, walk if you have to, crawl if you must; just never give up.” – Dean Karnazes

2. “All I can say is practice, you never know what you might do.” – Soraya Jimenez

3. “There are only two options regarding commitment; you’re either in or you’re out. There’s no such thing as life in-between.” – Pat Riley

5. “You are never really playing an opponent. You are playing yourself, your own highest standards, and when you reach your limits, that is real joy.” – Arthur Ashe

6. “Push yourself again and again. Don’t give an inch until the final buzzer sounds.” – Larry Bird

7. “The triumph can’t be had without the struggle. And I know what struggle is. I have spent a lifetime trying to share what it has meant to be a woman first in the world of sports so that other young women have a chance to reach their dreams.” – Wilma Rudolph

8. “If you’ve given the greatest effort that you can expect of yourself, you always get what you deserve.” – C. Vivian Stringer

9. “Champions keep playing until they get it right.” – Billie Jean King

10. “Be positive and work hard. I think it’s possible to overcome anything, if you’re willing to work at it.” – Sheryl Swoopes

11. “The medals don’t mean anything and the glory doesn’t last. It’s all about your happiness. The rewards are going to come, but my happiness is just loving the sport and having fun performing.” – Jackie Joyner-Kersee

13. “An athlete gains so much knowledge by just participating in a sport. Focus, discipline, hard work, goal setting and, of course, the thrill of finally achieving your goals. These are all lessons in life.” – Kristi Yamaguchi

15. “When you lose a couple of times, it makes you realize how difficult it is to win.” – Steffi Graf

17. “The more difficult the victory, the greater the happiness in winning.” – Pele

19. “It doesn’t matter what your background is and where you come from, if you have dreams and goals, that’s all that matters.” – Serena Williams

21. “I know what I have to do, and I’m going to do whatever it takes. If I do it, I’ll come out a winner, and it doesn’t matter what anyone else does.” – Florence Griffith Joyner

22. “Good, better, best. Never let it rest. Until your good is better and your better is best.” – Tim Duncan

23. “If you are afraid of failure you don’t deserve to be successful!” – Charles Barkley

24. “Pain is temporary. It may last a minute, or an hour, or a day, or a year, but eventually it will subside and something else will take its place. If I quit, however, it lasts forever.” – Lance Armstrong

25. “The man who has no imagination has no wings.” – Muhammad Ali

28. “You owe it to yourself to be the best you can possibly be – in baseball and in life.” – Pete Rose

29. “Always make a total effort, even when the odds are against you.” – Arnold Palmer

30. “You might not be able to outthink, outmarket or outspend your competition, but you can outwork them.” – Lou Holtz

31. “You were born to be a player. You were meant to be here. This moment is yours.” – Herb Brooks

32. “Ask any athlete: We all hurt at times. I’m asking my body to go through seven different tasks. To ask it not to ache would be too much.” – Jackie Joyner-Kersee

33. “If you have everything under control, you’re not moving fast enough.” – Mario Andretti

34. “When people throw stones at you, you turn them into milestones.” – Sachin Tendulkar

35. “Some people say I have attitude – maybe I do…but I think you have to. You have to believe in yourself when no one else does – that makes you a winner right there.” – Venus Williams

36. “Age is no barrier. It’s a limitation you put on your mind.” – Jackie Joyner-Kersee

37. “The key is not the will to win. Everybody has that. It is the will to prepare to win that is important.” – Bobby Knight

38. “Today I will do what others won’t, so tomorrow I can accomplish what others can’t.” – Jerry Rice

39. “You have to do something in your life that is honorable and not cowardly if you are to live in peace with yourself.” – Larry Brown

41. “In the end, it’s extra effort that separates a winner from second place. It takes desire, determination, discipline, and self-sacrifice. Put all these together, and even if you don’t win, how can you lose?” – Jesse Owens

43. “What keeps me going is not winning, but the quest for reaching potential in myself as a coach and my kids as divers. It’s the pursuit of excellence.” – Ron O’Brien

44. “Winning is not a sometime thing, it is an all the time thing. You don’t do things right once in a while. You do them right all the time.” – Vince Lombardi

45. “Gold medals aren’t really made of gold. They’re made of sweat, determination, and a hard-to-find alloy called guts.” – Dan Gable

46. “To uncover your true potential you must first find your own limits and then you have to have the courage to blow past them.” – Picabo Street

49. “What makes something special is not just what you have to gain, but what you feel there is to lose.” – Andre Agassi

52. “If one can stick to the training throughout the many long years, then willpower is no longer a problem. It’s raining? That doesn’t matter. I am tired? That’s besides the point. It’s simply that I just have to.” – Emil Zatopek

53. “Set your goals high, and don’t stop till you get there.” – Vincent Edward “Bo” Jackson

54. “Make sure your worst enemy doesn’t live between your own two ears.” – Laird Hamilton

55. “Never let your head hang down. Never give up and sit down and grieve. Find another way.” – Satchel Paige

56. “Do you know what my favorite part of the game is? The opportunity to play.” – Mike Singletary

57. “In baseball and in business, there are three types of people. Those who make it happen, those who watch it happen, and those who wonder what happened.” – Tommy Lasorda

58. “It isn’t the mountains ahead to climb that wear you out; it’s the pebble in your shoe.” – Muhammad Ali

In life, as in sports, success can only be achieved through perseverance and passion.

The aforementioned awe-inspiring statements from these genuine sports personalities will encourage you in all walks of life and steer you towards the path to success.