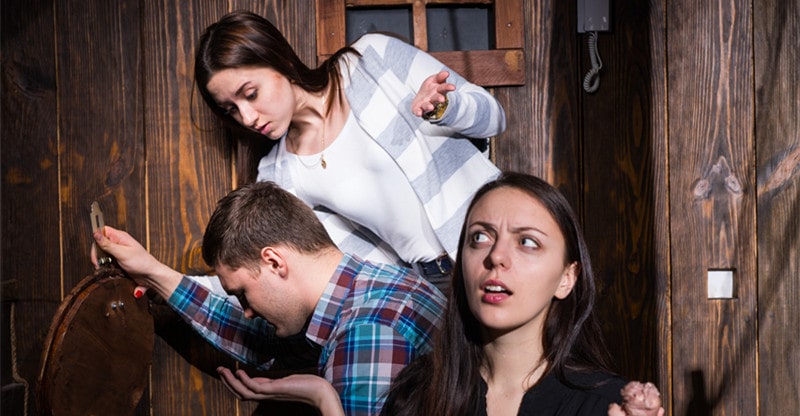 Escape rooms, also commonly known as exit games, are games that involve teams of players being locked in a room, with the main objective being to escape it. But there’s a twist: they have to work their way through a series of puzzles and challenges to gain their freedom from the rooms.

It is a popular game that has swept the globe in recent years and with its rise, game masters have stepped up their game with better quality escape rooms. With competition becoming fiercer by the day, a lot of players are searching for the right formula to beat the game faster and come out as victorious. If this sounds anything like you, below are some tips on how to beat an escape room based on information from the game masters themselves.

Having a great team is one of the biggest assets when it comes to playing the escape game. You need to find teammates who you can be able to establish excellent communication with. The good thing about Escape Room is that for the better part, it’s mostly about teamwork, no wonder it’s so popular in Las Vegas or “Sin City”, a common destination in the U.S. for people who are looking for nothing else other than an endless dose of fun.

This is also why escape room games are one of the best group activities in Vegas, perfect for friends, family members, and work colleagues alike. All the same, your likelihood of beating the game largely depends on the team you belong to and how well the team members coordinate to achieve the various objectives, solve puzzles and unravel mysteries.

Usually, escape room games have a set number of players a team can have and while the temptation is there to use as many players as the game can allow you, game masters recommend that you select 50 to 70% of the allowed number. This will ensure that your working space doesn’t get so crowded, allowing you to work more efficiently.

Knowing what to solve and what not to is what separates great players from the average ones. For this reason, it’s best to figure out earlier on, which puzzles are the most important and useful to solve. This will save you a great amount of time.

Also, you’ll need to stay on the lookout for random clues and objects in the room that may not even be Escape Puzzle challenges such as power outlets and random numbers on the walls. More often than not, relevant information regarding clues and time management is covered in the rules and regulations video.

Managing your puzzle pieces is key in saving time on escape room challenges. This will prevent you from losing crucial pieces or having issues such as keys breaking or locks being closed with an unknown padlock, for instance. In such a case, a good approach would be to separate and group your puzzle pieces into two categories: used and unused pieces.

According to the game masters, this is key in beating an escape room as it will also show you how many pieces you have in your inventory and how many you are to search for in the room. In other words, it’s a matter of staying focused and organized, especially on the important pieces of the challenge.

After assembling an awesome team, you need to be able to communicate with each other well so that you can solve the puzzles faster and save more time.

If you or one of your teammates is unable to solve a puzzle, the baton should be passed to the next person to maximize on time spent on other challenges. Do not be afraid to brainstorm on some challenges because some definitely require all your team’s brainpower.

To solve puzzles in the escape room, your team may be required to find missing pieces. It’s therefore essential that you and your teammates remain very thorough and comprehensive in your searches. Some of the pieces are usually hidden in the least obvious places, such as inside books and behind drawer doors so being keen while looking for your pieces will save you a lot of time.

Escape rooms are full of thrills, fun, adventure. They can be a perfect way to unwind and distress from the usual hassles of life, once in a while. Amongst family members, they’re a great bonding activity and some of the most successful companies nowadays use them as part of team building activities.

However, the experience is not the most fulfilling until you’re able to escape the rooms “unscathed.” The above is just a few tips you can employ to beat your next escape room adventure.