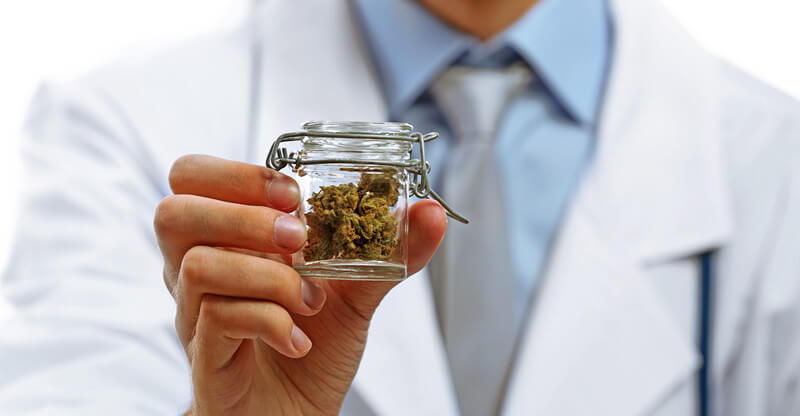 Even though the legalization of marijuana has been going on since the 80s, many people are still skeptical. In the majority of cases, a negative attitude towards the use of cannabis is caused by the lack of knowledge about medical benefits that it brings.

As experts from a located in the north Las Vegas dispensary say: “Now that purchasing and consuming pot is legal for some patients in more than half of US states, research on the positive effects of smoking are becoming less rare and many more benefits are coming to light.”

A lot of research has been done already, and some of the results have been surprising. For example, marijuana was proven to help in…

You probably didn’t know this, but it was scientifically proven that Cannabidiol could stop cancer cells from spreading by turning off a gene called Id-7. There has been an experiment conducted on breast cancers cells that contained a high level of Id-7, where they were treated with Cannabidiol.

The results showed a decrease in the level of the gene. It also revealed that the cells didn’t spread as aggressively as they did before. Furthermore, the American Association for Cancer Studies discovered that cannabis could slow down tumor growth in the lungs, breast and brain.

Around 30 million people worldwide have Alzheimer’s disease, and the number is expected to grow four times by 2050. Since the numbers are believed to rise significantly, researches from all over the world have been trying to find new methods that will help in preventing and treating the disease. And, as research shows, one of these things is… marijuana.

Studies have proven that THC (tetrahydrocannabinol|), the active compound of marijuana can slow down the progression of Alzheimer’s disease as it slows down the production of amyloid plaques which kill the brain cells and are believed to kickstart the progress of the disease. THC blocks the enzyme that produces them.

One of the most important medical benefits that consuming marijuana brings is its effect on epileptic seizures, especially when it comes to children. Around 100,000 children suffer from ‘intractable epilepsy’ which is characterized by being resistant to every treatment and uncontrollable seizures.

However, there is hope. A study conducted in 2003 found that using marijuana can control epileptic seizures. The experiment was performed on epileptic rats, which were given marijuana extract and synthetic marijuana – the seizures stopped in 10 hours. The reason behind it is that THC bound the brain cells responsible for controlling excitability and regulating relaxation.

Now, this has both positive and negative effects. Marijuana interrupts the later stages of REM sleep, which might potentially disturb the sleeping cycle. However, many people would find it as a positive thing, especially those with PTSD, as it is those stages of sleep that nightmares and dreams occur.

Because of interruption, many of the dreams might not occur. Synthetic cannabinoid decreased the number of nightmares in patients who have PTSD. More research is needed, but marijuana might turn out to be a better sleep aid than some medications and alcohol as the latter ones might potentially have worse effects on sleep.

In some states in America, marijuana is approved to treat PTSD, which is one of the main reasons why people even get a license for medical marijuana. Apart from decreasing the number of nightmares, it also helps in controlling the system that causes fear and anxiety in both body and brain.

Easing The Pain Of Multiple Sclerosis

People who have Multiple Sclerosis have to live in a lot of pain. The disease impacts the brain and spinal cord directly, the body begins to attack its own neurons, which causes intense pain.

Cannabis has a number of health benefits for those suffering from Multiple Sclerosis. THC not only shuts off the immune system, which makes it stop attacking the neurons, but it also prevents brain inflammation. It also, for example, assists with sleeplessness, which is caused by pain, and digestion.

Parkinson is the second most common adult neurodegenerative disorder, right after Alzheimer’s disease. It is caused by the destruction of neurons in specific areas of a brain, which are responsible for controlling the motor function.

People suffering from Parkinson’s disease often have difficulty with voluntary movement, caused by severe tremors. A study conducted not so long ago proved that using marijuana can decrease the symptoms in patients. Also, marijuana helps in relieving pain, which people with this disease often experience.

This Is Not The End…

Although marijuana is still by many considered as an illegal drug which does no good for people, science seems to think otherwise. Even though more research is needed, marijuana has already proven to work as a cure for several diseases, and that’s just the beginning.