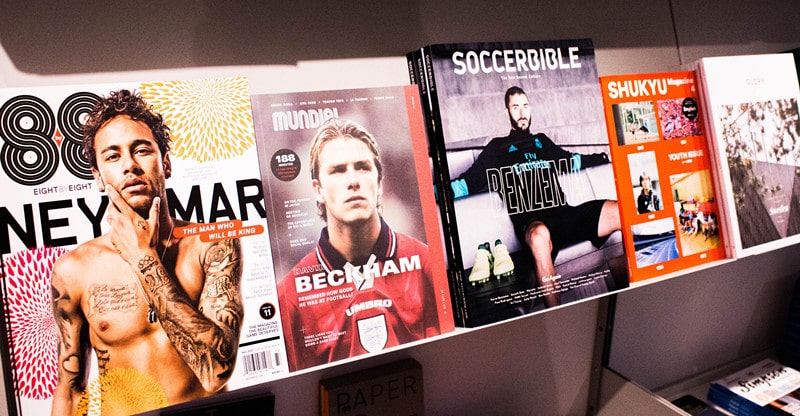 Football is arguably the world’s most popular sport –– well, not arguably, it is, in fact, the most loved sport on the planet. You’d be hard-pressed to find a country that doesn’t have millions of fans. Even the United States that didn’t use to have that much of an interest in the sport, now loves it, with their women’s national team winning most international competitions they partake in.

Aside from the joy of watching your favorite teams go toe to toe on the pitch, and those gut-wrenching final moments of the match where you don’t know if you’re winning or losing, a huge part of football’s appeal is because of the players. You see them on the pitch and love them, but you also admire them for how they carry themselves off the pitch. There is much you probably didn’t know about football stars.

They weren’t always healthy and fit

If you’re reading this article, then you definitely already know who Lionel Messi is. He is considered, by many, to be the greatest footballer to ever play the game, and when you watch him dribble through half a dozen different players and make precision passes, it’s hard to dispute that claim. Yet, as healthy and fit as you see him right now, things were not always that easy for the Argentinian wonder.

As a child, he had a growth hormone deficiency, which was halting his normal growth rate. Treatments for his deficiency cost around $1000 a month, which was not money his family could afford. Fortunately, Barcelona signed him at a young age and paid for his treatment until he completed it, and he went on to become a club –– and sport –– legend.

Some still make a lot of money after retirement

It is no secret that football stars make a lot of money from endorsements and the hefty wages they get paid for doing their thing on a football pitch. Yet, despite most players losing a lot of their appeal for brands when they retire, some still make tons of money.

As you can see on https://www.wealthry.com/blog/david-beckham-net-worth, David Beckham continues to be successful by being a businessman, model, and the face for many international brands. In fact, his net worth is estimated at around 450 million pounds, without even adding in that of his celebrity wife Victoria, which has a net worth around the same number –– making them one of the wealthiest couples in UK and the world.

They have hidden talents

Believe it or not, some of your favorite footballers have hidden talents, especially when it comes to music. You might even find that some pursued a music career while playing or after retiring, and have released quite a few songs and covers. Peter Cech, for instance, is quite good at the drums, and he has his own YouTube channel where he releases covers of his favorite songs.

Alexis Sanchez, on the other hand, is a capable pianist, as shown by him playing ‘Glory Glory Man Utd’ on the piano when he had first moved to the club a few years ago. Andy Cole released some rap songs of his own, though they were not very successful.

Footballers didn’t always have it easy

You see your favorite stars wearing fancy clothes and jewelry, and driving the world’s most luxurious cars, and it is easy to think those people are living the good life. While that may be true, it wasn’t always this easy for quite a few of them. Some footballers started out really poor, and they had a rough life growing up.

Brazilian superstar Robinho grew quite poor in the streets of Sao Vicente, where he used to play football and train, with not much hope in sight. It was the legend Pele that discovered the young talent and got him to move to Santos, and the rest, as they say, is history.

Cameroonian star Samuel Eto’o might not have grown up in the worst conditions, but his family wasn’t really doing well, so much that they couldn’t afford to buy a camera –– there are no childhood photos of him. He then went on to become one of the world’s highest paying athletes at some point once his talent was discovered. And his is a story that a lot of footballers share as a matter of fact.

There is much we don’t know about our favorite superstars because we rarely stop to see behind the glamor and fame. If you do that, you will see that they are regular people who might even share in some of your interests and passions.