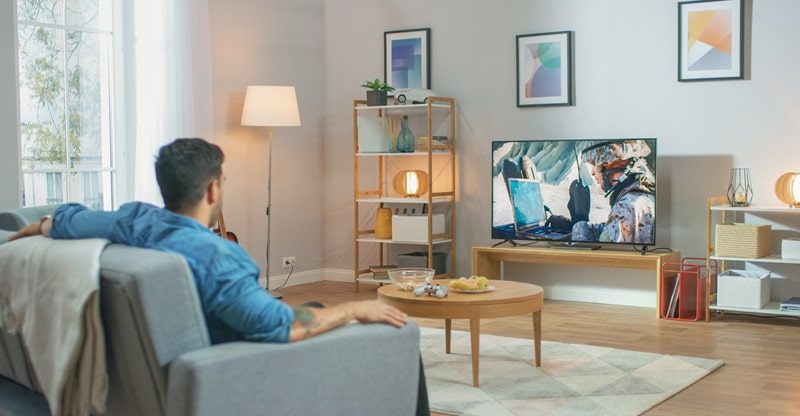 TV has reached new heights in entertainment, providing viewers with plenty to keep themselves amused during the pandemic’s continuing uncertainties. But today, you don’t need to settle for mediocre entertainment.

In addition to high quality TV shows that broadcast at a specific day and time every week, there are many shows being produced by streaming companies as well as old favorites that you can watch at your leisure for some good old-fashioned enjoyable diversion.

What’s more, there are plenty of TV/movie-themed Grande Vegas online casino games being produced for entertainment. Anyway, you will not get bored at home.

Five of the best feel-good TV shows now on the screen include:

Feel Good has been described as a modern rom-com with grit. The show is a six-episode semi-autobiographical series that came out of Britain and focuses on the budding relationship between the main character Mae and her new girlfriend George.

It’s a true feel-good show with some food for thought – the relationship between 2 women, the struggles that Mae has with a drug addiction that she is continuing to try to put behind her, issues about how to come out to friends and family how past traumas influence present lives.

The show is, in turns, funny, serious, compelling and thoughtful. It was produced for its first season by the UK’s Channel 4 and was then picked up for a second season by Netflix which launched Season 2 in June 2021.

Netflix’s Queer Eye is a reboot of the popular 2003 show that captured the hearts and minds of millions of viewers  as judges make over people of different backgrounds, body types and tastes. Contestants say that they feel respected on the show which can include anyone from a minimum wage-earning fast food employee to a mayor, transgender individual, college student, musician, etc.

Some notable episodes involve single parents nominated by their children who need to prepare for a special event,  former military people who are clueless about today’s fashions, people with cluttered houses, people who need support to come out of the closet to family members and more.

Queer Eye has gone around the world to do make overs including in Japan, Australia and other far-flung locations. Even in the United States the series films in multiple locations. Season six is scheduled to be released on December 31, 2021.

In The Good Place Kristin Bell plays loner Eleanor Shellstrop, a woman who is mistakenly sent to “The Good Place” where mortals are rewarded for a life well lived. The Good Place is a heaven-like utopia run by Michael who grants “residents” eternal happiness and grants them every wish while they learn more about ethics and morality.

The only problem is that Eleanor, along with small-time criminal Jason, seems to have been mistakenly placed in The Good Place and their arrival there brings chaos. The end of the first season resolves the question as it becomes clear that The Good Place was really an experimental Bad Place where the deceased, who had lived compromised lives while on earth, torture themselves and each other with their sniping and back-stabbing.

Seasons two and three continue with twists and turns – the humans’ memories are erased so that their psychological torture can continue, they are returned to earth to develop morally and help others and ultimately, prove that humans can continue to evolve morally.

The show is a combination of fantasy, comedy, philosophy and good old-fashioned storytelling. It has received critical acclaim for its originality, writing, acting, setting, and positive messages. The Good Place has been nominated for 14 Primetime Emmy Awards.

Schitt’s Creek has been on-air for 6 years but it’s still a widely unknown gem. It’s based on the exploits of a rich family that is forced to move to a backwater town that they bought as a joke after they lose their wealth. Now the family lives in a motel and struggles to adapt to live on the “other side of the train tracks.”

Reality TV has been a part of television since TV’s early years with formats that portrayed ordinary people in unscripted situations. From the 1946 Queen for a Day to classics such as The American Sportsman, American Family, The Newlywed Game, Real People and The Real World, viewers have enjoyed seeing non-actors caught on camera as they struggle with a variety of dilemmas and events.

Schitt’s Creek combines the reality TV genre with actors who play roles as reality TV stars as they rebuild their lives after being defrauded by their business managers. Their sole remaining asset is a small, remote Ontario town where they settle and try to “fit in” with the locals – who, let’s be honest, aren’t very sympathetic with their struggles.

Parks and Recreation is, in the end, a political satire that mocks American politics and community life through the lens of a small town. The series incorporates some real-life issues (government shut-downs, financial crisis situations) and hosts real-life politicians (Joe Biden among others) while facing other government issues factiously (government workers leaving for the private sector, budget deficits, audits, re-calls, need to provide services for which there is no budget, etc).

During its 7 seasons run from 2009 to 2016 Parks and Recreation received a Golden Globe  (Best TV Series) and was named the Number One TV series of 2012 by Time Magazine. It also received the Television Critics Association Award for Outstanding Achievement in Comedy.