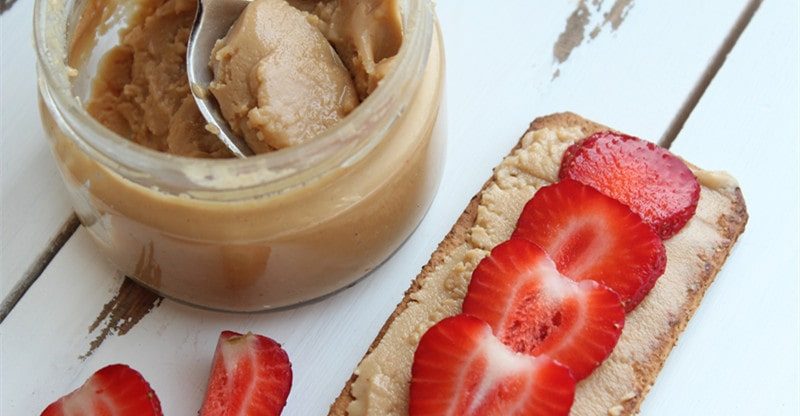 Weight loss is probably the most common goal in the fitness industry. Nobody wants to be overweight, and your weight loss aspirations can come from aesthetic goals or health ones. Losing weight won’t happen overnight – it won’t even happen over a week or two – it’s a progressive thing that takes time. However, the formula for losing weight is actually relatively simple.

Firstly, you’re going to see the term ‘weight’ here a lot, so let’s clear one thing up. Weight refers to your entire body weight, which includes bones, fluids, muscles, and fat. When most people talk about losing ‘weight,’ they actually want to focus on fat loss.

Your consumable calories come from the food you eat and the drinks you drink. This is where most people stumble! You might work out every day, but wonder why you’re not losing weight. It’s typically because you’re consuming too many calories. If you don’t track your calories, you won’t be able to understand this.

Furthermore, there are often foods and drinks that are packed full of calories, and you’re consuming them without realizing the damage they’re doing.

On that note, here are the foods that are making you fat:

In moderation, peanut butter is a healthy thing to eat. A small amount on some toast is a nice snack, or a little dollop in some porridge makes for a more filling meal. It’s full of fiber and protein, meaning it generally should make you feel fuller for longer. The problem is that peanut butter is highly calorific. Two spoonfuls of the stuff can contain nearly 200 calories!

Herein lies the problem: people eat too much peanut butter without even realizing it. Start weighing out the portions you use by weighing your food before and after adding peanut butter. You will be amazed at how much you use in one serving. Imagine you have a couple of spoonfuls three times a day – that’s nearly 600 calories worth of peanut butter.

Like many things on this list, peanut butter isn’t unhealthy – it’s just highly calorific and should be consumed in moderation. Tracking calories and weighing your food is the best way to ensure you don’t go over the edge – and this rule applies to everything else on this list!

Following in the footsteps of peanut butter, we have granola. Again, this is often considered a healthy food – and it can be. But, granola contains things like oats and nuts – as well as a decent bit of sugar in most cases.

All of this combines to create a very calorific snack, which is usually added to things as a topping. 45 grams is usually quoted as the portion size on packets, and this can contain as much as 225 calories! Let’s say you have granola with porridge for breakfast, then a snack of granola and yogurt before lunch. You’ve potentially consumed nearly 500 calories of pure granola before the second meal of the day.

The same issue is present here as in the peanut butter case – people have no idea how much granola they’re using. As such, you could eat way more than the portion size each time, piling on added calories. So, even though it seems like your meals and snacks are healthy, they’re actually full of calories, causing you to avoid being in the deficit required to lose weight.

Unlike the previous two things, alcohol is different in that it’s a) a drink, and b) not healthy. Alcohol is possibly one of the unhealthiest things you can put in your body. It’s strongly linked to a range of health problems, increasing the likelihood of cardiovascular disease and many cancers.

You’ve also got the added implication of it technically being a drug, making it a highly addictive substance. As you can see on sites like https://enterhealth.com/, many people seek out rehab services for alcohol addiction every year. It’s a serious condition, which should add to the reasons not to drink much alcohol.

From a weight-loss perspective, it’s a terrible thing to drink. An average bottle of beer will contain close to 150 calories. Now, think about what most people do over the weekend – they drink a lot. It’s highly possible that ten bottles of beer can be consumed over two days. That’s over 1,000 calories entering your body, and the difference between alcohol and other things is that it’s basically empty calories. You receive no additional health benefits from drinking it – in fact, your health suffers.

At least with peanut butter and granola, you benefit from adding more fiber and protein to your diet. So, cut down on alcohol if you’re serious about losing weight as it could be the thing that stops you from achieving your goals.

Now, you should be aware that eating sweets and chocolates probably isn’t a good idea if you’re trying to lose weight. However, most people don’t actually understand why. Primarily, you assume it’s because these things are unhealthy as they contain lots of sugar.

That’s true, but all of this sugar adds up to make many sweets and chocolates high in calories. A small bar of regular chocolate can have between 150-250 calories in it, while a bag of gummy sweets can have nearly 350!

The biggest issue is that you eat these things without any issues. It requires no effort to go through a bag of sweets in an hour or so, and then you still might have a chocolate bar later. It’s okay to treat yourself now and then, but this is why tracking calories is so crucial.

By tracking, you know how much allowance you have for snacks. You will know that, if you eat a whole bag of gummy sweets, you will go over your calorie allowance for the day. Instead, you can settle for a small handful, giving you the pleasure of eating sweets without tipping your calories over the edge.

We’ve got another liquid on the list, but this one is much better than alcohol. Again, this falls into the category of healthy food that’s often over-consumed. A cup of whole milk tends to have around 140 calories in it. Let’s say you have a cup of milk with your breakfast along with some cereal – you’ve got 280 calories right there.

Aside from the high-calorie content, whole milk is genuinely very good for you. It contains a lot of protein and calcium, helping your muscles and bones get stronger.

As with everything, moderation is key! Also, you can also try skimmed or semi-skimmed milk instead. They’re both full of protein, only they contain less fat than whole milk, meaning they have fewer calories. One pro tip is to never get whole milk when ordering drinks from a coffee shop as it makes them super calorific.

The final thing on this list isn’t actually a food source, it’s a supplement. Protein powder is very trendy because everyone goes crazy over protein. Muscles are made from proteins, so you need a good supply of them to help them repair and grow.

This is even more important when working out, and increased muscle mass should be a goal when looking to lose fat. The more muscle you have, the more calories your body burns, meaning you lose weight faster. At least, that’s a simple breakdown of what happens!

So, many people take protein powder supplements while exercising, which can be a good thing. Nevertheless, some protein powders are chocked full of calories. Some may include enough to replace an entire meal – so be wary. We’re talking hundreds of calories in a drink that takes a few seconds to down. The trick is finding the right protein powder for your goals.

If fat loss is your aim, look for a protein powder that’s low in calories. It really is that simple, and you can start taking some shakes to see the benefits of protein without the disadvantages of consuming extra calories.

How many of these things make it into your regular diet? This should open your eyes to why you might be gaining weight – or struggling to lose it. Your exercise routine is perfect, it’s just a few foods in your diet that are letting you down.

Pay attention to the golden rules and tips repeated throughout this guide: track your calories, try weighing things to control portion sizes, and eat things in moderation. Doing these things will help you become more aware of where your diet is going wrong, letting you fix it. From here, you will start seeing the weight loss goals you hoped for.