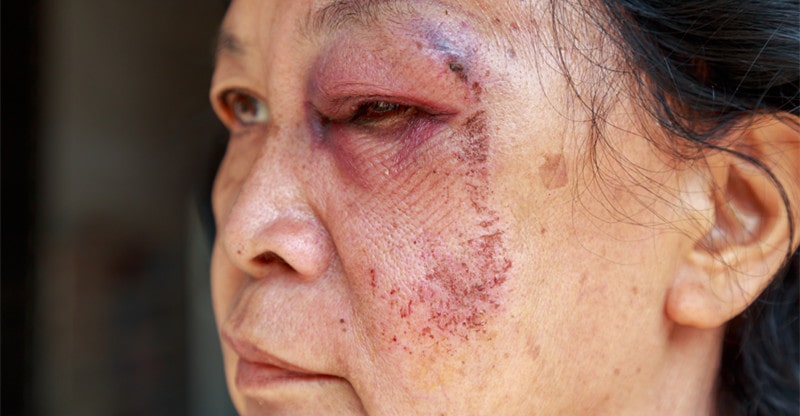 Elder abuse is exactly what the name suggests. Abuse of the elderly at the hands of another person. This can take place anywhere but is particularly prevalent in nursing homes. Every year, more than 5m Americans become victims of elder abuse, exploitation or neglect.

However, the Administration of Aging has estimated that only 1/14 cases are reported. As life expectancy increases and we have a larger aging population than ever before, it would seem that the care available to them may not be in their best interests. So what is the most common form of elder abuse?

It is generally considered that physical abuse is the most common. Whether it is at the hands of a caregiver, visitor or another resident, severe bruising, broken bones and even death is the sad reality of abusing somebody too old and fragile to defend themselves. Examples of physical abuse include:

The signs or symptoms are varied including a caregiver refusing visitation, a sudden change of medication, unexplained cuts, bruises or other injuries that cannot be accepted as accidental.

What are the other common forms of Elder Abuse?

Sexual Abuse – taking advantage of a senior citizen to relieve themselves sexually is a particularly heinous type of elder abuse. This type of abuse can go on indefinitely if the victim is too frightened or ashamed to speak out. Uninvited touching, sexual assault and/or battery, forced nudity and rape are all classed as sexual elder abuse, Signs to watch out for are changes in behavior, unexplained bleeding from the anus or vagina, STD’s and torn or stained undergarments.

Emotional or Psychological Abuse – The infliction of pain, distress and anguish through both verbal and none verbal acts. An extreme form of bullying which leaves the victim terrified of their tormentor. Humiliation, threats, intimidation, verbal insults and harassment are just some of the ways in which the abuser emotionally tortures their victims. Symptoms of this kind of abuse include emotional agitation or disturbance, becoming withdrawn and non-communicative, distant and jumpy

Neglect – When a caregiver fails or refuses to fulfill their obligation to take care of an elderly person it is classed as neglect. This can lead to the victim not being given food, shelter, water, clothing, medications, general care of other essentials which are part of their requirements. Signs such as malnutrition, dehydration, unsanitary living conditions and untreated health issues should always be considered to be possible signs of neglect.

Financial/Material Exploitation – Otherwise known as the improper or illegal use of the assets, finances and property of an elderly person. Watch out for another name being added to a bank account or sudden changes in their banking practices. Large sums of money could be withdrawn, transfers of assets without the family being informed and financial documents with forged signatures coming to light. If you ask them about these they may become defiant or argumentative or deny all knowledge. If you believe a loved one is the victim of financial exploitation contact an attorney in the first instance with a view to getting a power of attorney to protect their money and assets.