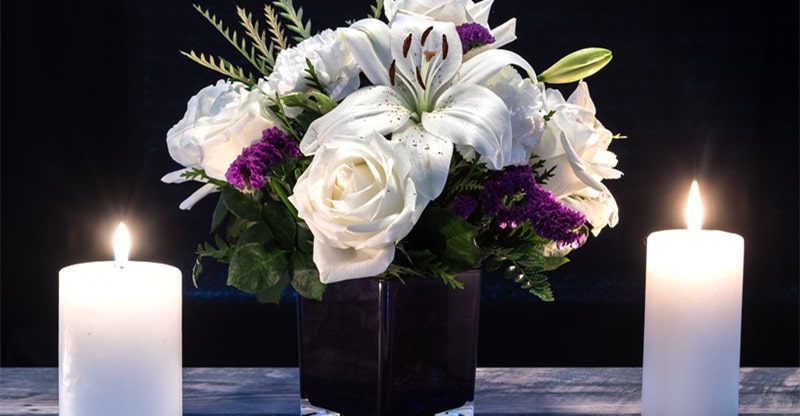 Realizing that death is a given is an important consideration. But the pain of losing a loved one is unlike anything we’ve ever experienced.

During these trying times, we look for support from those we care about and from nature itself. It’s important to have a positive outlook, and a beautiful arrangement of fresh funeral flowers will help.

Flowers, with their vivid hues, delicate scents, and lovely textures, serve as a gentle yet powerful reminder of the world’s innate splendour. It distracts us from our sorrow by giving us new reasons to look forward.

Funeral flower arrangements can be found in a wide variety of styles and sizes. Anyone would be touched by any kind of funeral flowers, but it’s still crucial to know what each one represents. Discover the meaning behind four of the most often-used funeral flower choices.

Funeral wreaths, with their circular pattern, are meant to represent the never-ending cycle of life, which has neither a beginning nor an end. As a result, they are an ideal choice for use as funeral flowers.

A funeral spray is a huge, flat arrangement of flowers and foliage that is meant to drape over the top of the casket. It’s common to see the former, which has one end, on a flower stand, whereas the latter has two. Small sprays may also be placed within the casket.

Most often, the deceased’s family will arrange for casket sprays to be sent to the funeral home.

Bouquets of flowers are typically sent personally to the members of the deceased’s immediate family who were closest to them. Bouquets that are delivered to the funeral home, on the other hand, are typically arranged around the casket or displayed on tables.

A flower stand arrangement is a type of flower arrangement art that involves the use of plant materials and flowers to create a composition or display that is both eye-catching and well-balanced. Funeral flower stands are typically displayed on stands that are placed at the entrance of the funeral home or burial.

Despite the fact that family members are often the ones to take care of flower stands, it is also normal for flower stands to be sent as a sign of sorrow when someone passes away.

A bubbly personality with a hint of pseudo-sarcasm, Najwa is a world of creativity on her own. Coming from her failed acting career during her uni days, she started writing for fun, eventually making it her career. Besides having to do her nails every month, she also finds solace in her interior designer alter-ego, redesigning her bedroom whenever life doesn’t feel quite right.