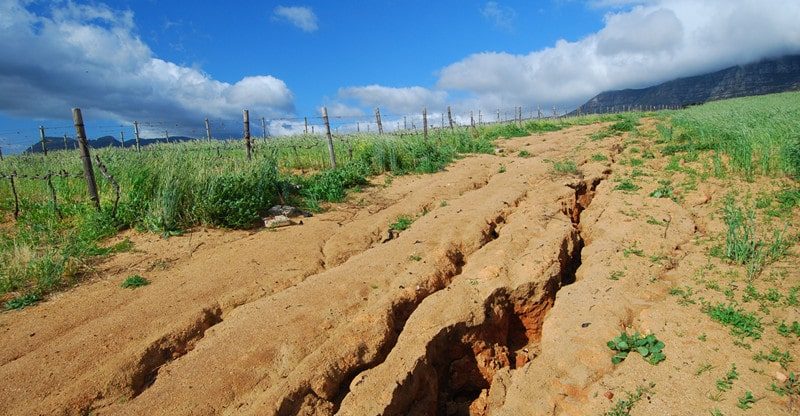 Soil erosion presents a global threat to food supply and the ecosystem. Though you may think it’s just the dirt under our feet, soil is vital to our lives and planet. The rise of issues stemming from erosion has produced innovative technology designed to prevent future harm.

Erosion control experts such as those at Granite Seed are developing increasingly clever solutions to minimize erosion effects without compromising industry. Here’s an underground look at the measures protecting our ground soil in the future.

What exactly is erosion and what does it entail?

Erosion refers to the debasement of soil and other natural matter crucial to the ecosystem. Causes of soil degradation can be both natural and human-made. For example, winds, heavy rainfall, and flooding can all cause erosion. On the other hand, erosion is often the result of poor agricultural practices and land management.

Soil loses its fertility as a result of erosion. That leads to a depletion of nutrients for plants, animals, and people. Because soil erodes more rapidly than it forms, the consequences may be catastrophic. The issue thus warrants global attention and helps explain why erosion control is an increasingly significant sector.

Erosion can happen gradually or very quickly depending on the cause. Understanding the different causes will help you get a better idea of what solutions may be available.

One of the largest natural drivers of soil erosion is rainfall. Rocks, soil, and sediment fall into nearby bodies of water after a flood or heavy rain. The result is often rill erosion, or the forming of small water channels that drag the soil away.

Sheet erosion, another type of erosion produced by rain, occurs when water thickly and uniformly across a surface. This type of erosion is typical on coastal plains, beaches, and hill slopes.

Farming requires activities that disrupt the soil, such as plowing and clearing trees. Additionally, farming tools and equipment play a role in soil degradation as well. Tractors, for instance, pave new channels for water and thus disturb the soil.

Mining can exacerbate erosion by stripping away trees and plants, which loosens the soil. Logging has a similar effect on the soil, as it eliminates tree roots that are firmly planted in an area, making it more prone to erosion.

Many animals graze and thus remove plants and grass from the soil. Like logging, this process erodes the soil by pulling out plant roots. Additionally, animal hooves may disrupt the soil by churning it up.

Construction of Roads and Buildings

Exposing soil during construction makes it more vulnerable to erosion. A significant portion of grasslands is often cleared for new roads as well as buildings, including temporary ones.

The effects of erosion

Losing land is not the only impact soil erosion has on the planet. Other negative effects include posing a hazard to human health and a threat to infrastructure.

Pollution from soil erosion can happen both with the wind as well as rivers and streams. Some pesticides and other harmful substances can end up in the air or water, creating an even larger health hazard. Though soil particles can merge with moving wind and bodies of water naturally, degraded soil is more prone to wind erosion and sedimentation.

Soil erosion creates uninhabitable conditions over time and contributes to desertification. As the quality of the soil decreases, less arable land is available. Changes in population growth, as well as animals overgrazing, further exacerbate the issue.

Soil erosion can result in damage to buildings, bridges, and roads. These changes occur gradually over the years, and not all at once, yet can have dramatic consequences. Among the most severe are bridge collapses resulting from worn away supports.

Poor management of forests has repeatedly led to infrastructure disasters and increased overall erosion issues. Cities in Northern California, now facing floods after uncontrolled fires, are a prime example of how destructive erosion can be.

Several new products on the market are paving the way for erosion control. Thanks to the latest technology trends, there are now effective ways to prevent erosion in different settings.

Erosion control blankets are biodegradable covers that temporarily provide protection for plants in areas with bare soil. These coverings work by slowing down water flow, catching runoff as it comes down.

Mulch materials include recycled paper, wood fibers, and straw. These are often combined with seeding aides to improve their efficiency. Mulches also help by regulating the soil temperature and increasing moisture retention.

Turf reinforcement mats (TRMS) cover the soil and seedbeds and protect them from wind and rain erosion. These are popular for vegetation on slopes, as well as for supporting channels and ditches.

Tackifiers act as an adhesive or glue to help bind mulch applied to seeded areas. The glue works by ensuring that the product doesn’t move from the soil surface, thus providing seedbeds with protection.

Erosion, whether due to natural causes or not, is a growing concern around the world. Because erosion represents one of the largest threats to the planet, there is a rising interest in finding products to help mitigate its effects. Fortunately, several solutions exist to aid in keeping seeding projects safe and efficiently preventing damage from erosion.