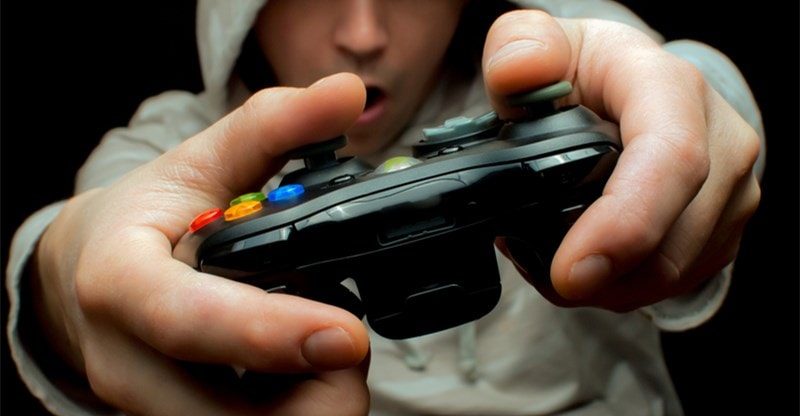 If you ask someone who grew up before the proliferation of smartphones and the World Wide Web, you will hear that games are a waste of time. They make a person sit in front of a screen for hours on end and often unaware of what is happening around them. Video games are addictive, which is why they silently move gamers into an unproductive lifestyle.

While this was the common understanding in the pre-internet era, it is no more the case today. Amidst the bad rap that games often get, plenty of research has now emerged that highlights the positive impacts of video games.

Various studies show that video games have become increasingly social and highly realistic in nature. Besides fun and entertainment, they have become a major source of development of emotional, social, and cognitive skills.

In this blog, we walk you through the unexplored benefits of video games that make them a nearly indispensable part of our daily routine. But before we get there, we need to know some stats about the current standing of the global gaming industry. Here are a couple of suggestions to get you started for a Video Game Designer Degree.

Where Does The Gaming Industry Stand Today?

Gaming has become an industry that generates more money than movies, music, and other forms of entertainment. According to Limelight Networks, gamers spend over 7 hours each week, on average, playing video games.

The industry generated more than $5 billion in sales, dominating the UK entertainment market in 2018. The nearly ubiquitous play has significantly boosted the global gaming industry, generating over $150 billion by the end of last year.

Today, a large portion of gamers consume video games for fun and improve skills like stress and time management without them noticing it. Other than that, there are benefits that video games bring to a gamer’s social and emotional life. Below, we present a few of them.

Many gamers play multiplayer video games as a shared activity with family and friends, similar to playing a team sport like rugby or soccer. In fact, it is estimated that more than 75 percent of players play games with existing friends and family members.

Games have become a primary source of entertainment and connectivity for people who are shy or isolated and need a medium under their control. The level of security provided by online games makes interaction and socialization a lot easier for individuals who otherwise feel insecure in public.

The incentive of playing and winning together helps gamers interact better during games, which is then reflected in their daily lives.

A randomized controlled study about stress-related medical disorders explored the relationship between stress and gaming. The study found that video games can be a useful tool to counter the development of mental disorders and stress-related diseases.

The team that carried out the research observed the biological and physiological responses of gamers and non-gamers. The two sets of people (one group playing the game Bejeweled II) were put in a similar environment. Researchers, after measuring the heart rate and brain waves, found that the set of people that played the game showed massive improvement in mood and lesser signs of physical stress compared to the non-gamers.

Most of the online games are developed to provide entertainment and arouse the player’s curiosity. The primary focus is on ensuring a fun environment with incidental learning. This makes gaming more interesting because the players learn essential concepts and life lessons without even realizing it.

Another benefit of online games is that they can cater to an individual’s learning style and needs. Most of the games offer different modes of gameplay and multiple levels of playing difficulty. So, different players may play the same game but experience it on a different level. Many games also determine the gamer’s level by taking a pre-test and then adjust the level based on the answers provided by the gamer.

Video games offer a competitive environment that can be rewarding for more than one reason. Several studies indicate that positive competition encourages us to work hard, study further, and increase our confidence. The learning process becomes more engaging as healthy competitions are introduced in the form of games.

Many first-person shooters and real-time strategy games require quick decisions to succeed in the game. Such games improve the player’s focus and enhance their spatial attention. As the players locate targets and take split-second decisions even in a chaotic environment, they learn an effective management skill during unfavored circumstances.

It is noted that gamers who play action-based games can perceive subtle differences in contrast. The reason is that action games, such as the Tactical Squad by Unlimited Gamez mo, swiftly changes the brain’s pathway that is responsible for visual processing.

Action-based games train the visual system in a way in which it can effectively use the information it receives. A study conducted at the University of Rochester also shows that video games improve contrast sensitivity and make players sensitive to various shades of colors.

Despite what the mainstream and popular research may show, it seems that the hours spent on playing video games are not just a waste. The social aspects of video games help us learn skills that are necessary for performing our routine activities. However, it must be noted that overindulgence and reliance on video games may override their positive impacts and make them more damaging than good.

Author Bio: Audrey Throne has an ongoing affair with the words that capture readers’ attention. Her passion for writing dates back to her pre-blogging days. She loves to share her thoughts related to business, technology, health, and fashion.