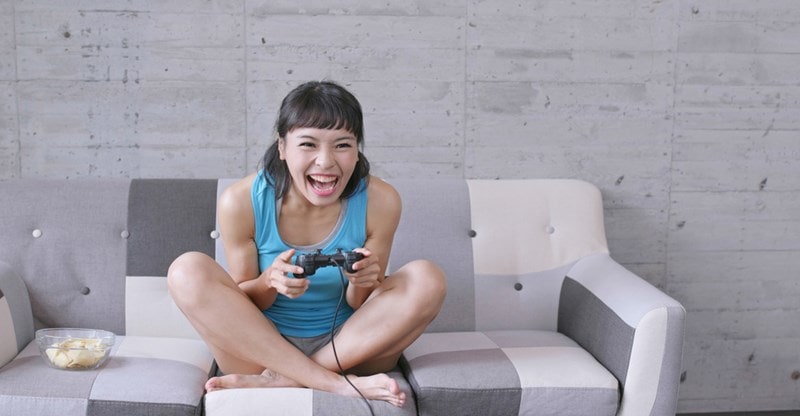 Gaming is often seen as one uniform activity when it is in fact made up of many types, styles, and genres. The benefits are just as varied, exercising both body and mind.

Titles or activities that work on the latter are especially popular among gamers, as well as developers. They strive to create intricate and rewarding ways to push users’ cognitive abilities further and increase the entertainment value of the games themselves.

In turn, consumers enjoy the challenge and then the excitement of triumphing, for example, over a tricky level or quest. The best way to explore just how mentally stimulating games can be is to look at different popular examples and the effect they have on the mind. But before we approach the five games below, it is worth getting to know some of the science.

At the heart of the positive effects of playing games is that they stimulate several parts of the brain. Video game research by experts like Tumbokon in 2018 and Brooks in 2013 confirms that, depending on the complexity of titles, people can develop analytical, strategic, and emotional control skills. This and any kind of fun entertainment is also an escape from the stresses of everyday life.

Put enough thought into a puzzle, board, or card game and your immersed brain releases happy chemicals, while also flexing its muscles. The social benefits of gaming should not be underestimated either as some of its thrills come in the form of competing against or cooperating with someone in order to win. People can connect while having a blast.

Let us now see some fan-favorite games and what they offer the brain.

Any genius in the world will have one of these puzzles. Its popularity has resulted in the production of numerous variations, from the competitive Rubik’s Race to the Pentamix, one of the hardest versions on the market. Looking at the classic cube, the appeal lies in the seemingly simple but very complicated task of aligning the colors correctly.

It demands focus and plenty of brain activity, not to mention agile fingers. Frustration will get you nowhere with this game, so, on top of everything else, it forces you to relax and calmly work towards the solution. No matter how many times you retract and retrace your steps, patience is key.

Another classic game where discipline and emotional control are essential to coming out on top. Luck may determine the cards drawn, but players’ choices factor into each round’s potential or risk. Regardless of whether you play in a casino or opt for online blackjack, the thought process remains the same, you have to decide when to take a risk, and when to play safe. Cognitive stimulation is abundant.

Blackjack’s format has inspired variations of its own. Cribbage, for example, features the same scoring rule. There are also mobile games available from iOS and Android devices. Video games like Red Dead Redemption and Fallout: New Vegas even offer players the chance to sit back for a casual round as a distraction from those all-important but intense quests.

Staying on the topic of video gaming, developers constantly bring new experiences to the table through titles that encourage creativity and individuality. Minecraft is one such product, allowing players to build their own worlds or explore the boundaries of existing digital ones. Problem-solving, teamwork, strategy, and design are some of the skills Mojang Studios encourage in their loyal fans.

This smash hit of a sandbox game has several modes, spinoffs, and even a rumored movie in the making. The strongest Minecraft upgrades to date have been the brand’s entrance into the realms of VR and AR. This means extra mental stimulation and immersive self-expression. New levels of social opportunities are also exciting as friends can build strange and wonderful things together right in front of them.

With the second installment out and causing a major stir, the series serves well as an example of great video game storytelling. Specifically, how creators achieve it and how it influences players. The magic ingredient is choices within a compelling plot, which contains intriguing and relatable characters. Despite its signature gloom, this is exactly what Naughty Dog studios have perfected with The Last of Us.

In terms of Part II, positive Metacritic reviews cannot praise enough its gripping combination of gameplay and cinematic narration. All these factors open the mind of gamers and put them straight in the action alongside Ellie. They direct her choices, carry her to the end of her journey, and share that with her. Enjoying unique, enriching experiences is the goal many people have come to adore.

The place where classic RPG was born is also one of the best examples of epic social gaming. In each session, you must fully embrace your chosen character – their race, skills, moral alignment, and so on – and play alongside other equally complex fictional people. The Dungeon Master prepares a story for the party, where a special set of dice weighs in on every twist, turn, and decision.

There is little need for technology. Through sheer imagination and a communal love of fantasy, D&D can provide hours, if not days, of mental adventuring.

Players just sit around a table with the dice and character sheets before jumping into a quest, its outcome heavily dependent on understanding themselves, their party members, and what everyone has to offer the team. Visualization, strategy, and a degree of luck keep the mind sharp and very entertained.

Games come in many shapes and sizes. A puzzle no bigger than your hand has the power to distract you from troubles while turning your mind into a methodical machine. Computer or tabletop games, whether involving cards, made-up tales, or landscapes, can do the same and so much more.

Ultimately, what they all deliver is stimulation, which can enhance or completely transform gamers’ brain activity to their cognitive, emotional, and often physical benefit.