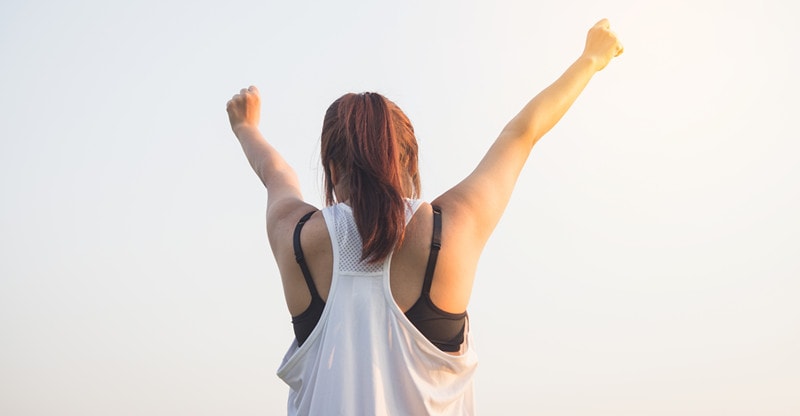 As a girl, it is quite easy to give in to self-doubt and back down from most challenges. But that does not define a strong woman.

So, how do you become one? Thankfully, there are independent and strong women out there that we can look up to and learn from.

Be inspired by the words of these trailblazing, courageous and unapologetic women that can set your girl power on fire.

2. “If you retain nothing else, always remember the most important rule of beauty, which is: who cares?” — Tina Fey

3. “If I stop to kick every barking dog I am not going to get where I’m going.” — Jackie Joyner Kersee

5. “There is no limit to what we, as women, can accomplish.” — Michelle Obama

6. “She’s like an earthquake in tiny human form, breaking apart anything and everything in her way.” — Victoria Aveyard

7. “It is amazing what a woman can do if only she ignores what men tell her she can’t.” — Carol K. Carr

8. “You can be gorgeous at thirty, charming at forty, and irresistible for the rest of your life.” — Coco Chanel

11. “I realized this week that I just cannot do it all. So I will choose to do what I can, fabulously.” — Clinton Kelly

12. “A strong woman looks at challenge in the eye and gives it a wink.” — Gina Carey

13. “A woman is like a tea bag—you never know how strong she is until she gets in hot water.” — Eleanor Roosevelt

14. “I was smart enough to go through any door that opened.” — Joan Rivers

15. “Women hold all the power. They should use it like a whip, not offer it up like a sacrifice.” — Tarryn Fisher

17. “A woman with a voice is, by definition, a strong woman.” — Melinda Gates

19. “I love the person I’ve become because I fought to become her.” — Kaci Diane

20. “The woman who does not require validation from anyone is the most feared individual on the planet.” — Mohadesa Najumi

21. “You are more powerful than you know; you are beautiful just as you are.” — Melissa Etheridge

23. “I said pour yourself a drink, put on some lipstick, and pull yourself together.” — Marilyn Monroe

24. “I know God will not give me anything I can’t handle. I just wish that He didn’t trust me so much.” — Madonna

27. “No woman should be told she can’t make decisions about her own body. When women’s rights are under attack, we fight back.” — Kamala Harris

28. “If you obey all the rules, you miss all the fun.” — Katharine Hepburn

29. “I am a woman with thoughts and questions and shit to say. I say if I’m beautiful. I say if I’m strong. You will not determine my story – I will.” — Amy Schumer

30. “Just watch, all of you men. I’ll show you what a woman can do… I’ll go across the country; I’ll race to the Moon… I’ll never look back.” — Edna Gardner Whyte

31. “Girl power is about loving yourself and having confidence and strength from within, so even if you’re not wearing a sexy outfit, you feel sexy.” — Nicole Scherzinger

32. “Women are never stronger than when they arm themselves with their weaknesses.” — Madame Marie du Deffand

33. “We need to reshape our own perception of how we view ourselves. We have to step up as women and take the lead.” — Beyoncé

35. “If you want them to stop using you STOP giving them something to use you for.” — Sonya Parker

36. “The thing women have yet to learn is nobody gives you power. You just take it.” — Roseanne Barr

37. “It took me quite a long time to develop a voice, and now that I have it, I am not going to be silent.” — Madeleine Albright

38. “Imperfections are beauty, madness is genius, and it’s better to be absolutely ridiculous than absolutely boring.” — Marilyn Monroe

39. “You have what it takes to be a victorious, independent, fearless woman.” — Tyra Banks

41. “Girls should be strong together. Strong like steel, merry like the tinkling of chimes dancing in the wind.” — Kristin Halbrook

42. “Whatever women do, they must do twice as well as men to be thought half as good. Luckily, this is not difficult.” — Charlotte Whitton

43. “Women do cry, sometimes meek and submissive. But once ignited or motivated; they are a lot stronger than men.” — Ces Peta

44. “People think at the end of the day a man is the only answer [to fulfillment]. Actually a job is better for me.” — Princess Diana

45. “I want to do it because I want to do it. Women must try to do things as men have tried. When they fail, their failure must be but a challenge to others.” — Amelia Earhart

46. “Women are the real architects of society.” — Harriet Beecher Stowe

47. “I love to see a young girl go out and grab the world by the lapels. Life’s a bitch. You’ve got to go out and kick ass.” — Maya Angelou

49. “To all the little girls who are watching, never doubt that you are valuable and powerful and deserving of every chance and opportunity in the world to pursue and achieve your own dreams.” — Hillary Clinton

50. “A woman is the full circle. Within her is the power to create, nurture and transform.” — Diane Mariechild

52. “In the future, there will be no female leaders. There will just be leaders.” — Sheryl Sandberg

53. “Women are leaders everywhere you look—from the CEO who runs a Fortune 500 company to the housewife who raises her children and heads her household. Our country was built by strong women, and we will continue to break down walls and defy stereotypes.” — Nancy Pelosi

54. “Girls should never be afraid to be smart.” — Emma Watson

59. “There’s something so special about a woman who dominates in a man’s world. It takes a certain grace, strength, intelligence, fearlessness, and the nerve to never take no for an answer.” — Rihanna

61. “Of course I am not worried about intimidating men. The type of man who will be intimidated by me is exactly the type of man I have no interest in.” — Chimamanda Ngozi Adichie

62. “For I conclude that the enemy is not lipstick, but guilt itself; we deserve lipstick, if we want it, AND free speech; we deserve to be sexual AND serious – or whatever we please. We are entitled to wear cowboy boots to our own revolution.” — Naomi Wolf

63. “Beauty begins the moment you decide to be yourself.” — Coco Chanel

64. “I didn’t get there by wishing for it or hoping for it, but by working for it.” — Estée Lauder

65. “Power’s not given to you. You have to take it.” — Béyonce Knowles Carter

66. “The day will come when men will recognize woman as his peer, not only at the fireside but in councils of the nation. Then, and not until then, will there be the perfect comradeship, the ideal union between the sexes that shall result in the highest development of the race.” — Susan B. Anthony

67. “A girl should be two things: classy and fabulous.” — Coco Chanel

68. “The most difficult thing is the decision to act, the rest is merely tenacity.” — Amelia Earhart

69. “You can waste your lives drawing lines. Or you can live your life crossing them.” — Shonda Rhimes

70. “Women belong in all places where decisions are being made… it shouldn’t be that women are the exception.” — Ruth Bader Ginsburg

71. “No one can make you feel inferior without your consent.” — Leanore Roosevelt

72. “She remembered who she was and the game changed.” — Lalah Deliah

73. “If you are always trying to be normal, you’ll never know how amazing you can be.” — Maya Angelou

75. “I am a Woman Phenomenally. Phenomenal Woman, that’s me.” — Maya Angelou

76. “Be who you are and say how you feel, because those who mind don’t matter, and those that matter don’t mind.” — Dr. Seuss

77. “The power you have is to be the best version of yourself you can be, so you can create a better world.” — Ashley Rickards

78. “When there are no ceilings, the sky’s the limit. So let’s keep going — let’s keep going until every one of the 161 million women and girls across America has the opportunity she deserves to have.” — Hillary Clinton

79. “Woman must not accept; she must challenge. She must not be awed by that which has been built up around her; she must reverence that woman in her which struggles for expression.” — Margaret Sanger

80. “We cannot all succeed when half of us are held back. We call upon our sisters around the world to be brave – to embrace the strength within themselves and realize their full potential.” — Malala Yousafzai

82. “I never dreamed about success. I worked for it.” — Estée Lauder

83. “Happiness and confidence are the prettiest things you can wear.” — Taylor Swift

85. “I think beauty comes from knowing who you actually are. That’s real beauty to me.” — Ellen DeGeneres

86. “I can’t think of any better representation of beauty than someone who is unafraid to be herself.” — Emma Stone

88. “A strong woman understands that the gifts such as logic, decisiveness, and strength are just as feminine as intuition and emotional connection. She values and uses all of her gifts.” — Nancy Rathburn

89. “Why can’t a girl be smart without it being explained away as a rare supernatural phenomenon?” — Cat Winters

Being a woman is cool but it is not always easy. Girls are not always given the same chances as boys for no good reason. But do not let it bring you down.

Learn to ignore what people say, just like Amelia Earhart when she decided to be a pilot or Sally Ride when she wanted to become the very first female astronaut.

They did not listen to the crowd. They followed their hearts and dreams and reached their goal. You can too. I know you can! After all, women are the strongest creatures on Earth!

Pro Tip 1: To all the Powerful women out there, check out these amazing work from home ideas to be your own boss.

Pro Tip 2: Boost your career path and graph by being a 24*7 productive working woman by remotely accessing their online private work station from anywhere on any device(PC/Mac/Android/iOS) with hosted Citrix XenDesktop available at an affordable citrix xendesktop cost powered by one of the leading providers of Office 365 suite – Enterprise E3.