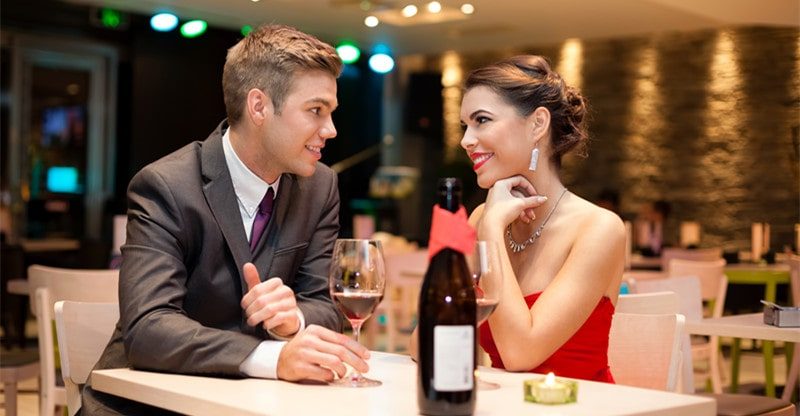 If you’ve just met a guy and he seems interested, you will want to impress him. You may immediately want to know if he’s as interested in you as you are in him. Unfortunately, you can’t just cast a magic spell to make him fall in love with you. Relationships take hard work, and you will need patience and dedication if you want it to last. That is not to say there aren’t ways to encourage someone to fall for you.

Give him some respect

Men want women who just ‘get them.’ They want to feel respected and admired by women who appreciate their masculinity. Women who admire them make them feel good about themselves. Men hate to feel emasculated and will avoid women who make them feel less than adequate.

Don’t try to change him

If you treat a man like a project you need to fix, he will immediately put up his walls. Trying to change what he loves to do, the clothes he wears, or his circle of friends is not the way to make him fall for you. Rather move on and find someone who you don’t think you need to fix. If a guy doesn’t feel like he’s enough for you the way he is, he will be less likely to be open with you.

Be caring towards him

A woman’s innate ability to nurture can be very attractive to a man. It can make them feel more comfortable and free to just be themselves. Caring is two-way in a relationship, so it’s not sexist to show a man some caring. When you keep giving rather than just taking, that’s when a man can start developing strong feelings.

Allow yourself to be loved

If you have your own barriers up, you can’t expect him to let you down. You need to be vulnerable if you want him to show you his feelings. Men like to take practical actions to show women they care for them. You need to allow them to be demonstrative in a practical way, even if you’re a strong independent woman.

Just because you’re independent and can take care of yourself doesn’t mean you can’t accept some care and love from someone else.

A man really appreciates it when a woman always has his back. If he doesn’t feel like you are truly on his ‘team,’ he is not likely to want to commit. Loyalty and trust are essential in a relationship.

If he feels as though he can’t trust you, it will stop him from fully committing to a relationship. You have to make him feel as though you are all in and aren’t holding anything back or having any reservations if you want him to commit. Flirting with one of his friends or keeping something back from him can have a destructive effect on a relationship.

One mistake women often make is to try and tie a man down or define a relationship too soon. Men often have an innate desire to be free and not to be tied down. Women are the opposite and like to feel safe and settled.

If you pursue him too intensely, you could drive him away. The harder he has to work for you, the more likely he is to appreciate you. Your self-confidence can be very appealing to him if it’s a quiet confidence that draws him out and makes him want to win your affection.

If you try to be somebody you’re not, it tends to backfire on you because you can’t keep it up permanently. Trying to be someone else is usually due to insecurities you have. Rather be honest and show your true personality. A man can usually sense when a woman is being authentic and honest rather than fake and untruthful.

Have a sense of humor

It is natural for a man to appreciate a woman who can laugh and enjoy the little moments in life. Humor can help to bring down barriers and make couples relaxed enough to get to know each other better. Being able to make a man laugh is one of the keys to his heart.

Be a good listener

If you truly take the time to listen to a man, he will know that his opinions matter to you. Feeling that you listen to him carefully and get what he’s trying to say can make a huge difference in a relationship. When you truly listen, a man is more likely to show his feelings for you.