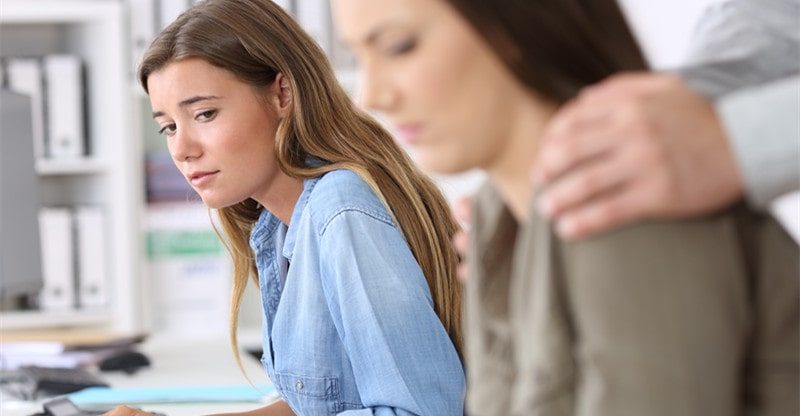 Sexual harassment in the workplace is something most of us are aware of, and it’s easy to spot inappropriate behavior in this context, but harassment can take on many forms. Are you being harassed at work? Should you consult an employment lawyer? Although employment law differs from country to country, and in the US can vary from state to state, most jurisdictions recognize several forms of harassment.

As to taking legal action, it’s a last resort after you’ve done everything in your power to address the issue through internal procedures. Once you embark on a series of actions to report and address harassment, it’s important to keep records detailing the steps you took and how they were responded to. Beyond sexual harassment, let’s look at some of the less-well-known forms of ill-treatment in the workplace that could be seen as harassment.

Overloading You With Work in the Hope That You’ll Fail

Tasking you with more work than is humanly possible to complete leaves you in a stressful position. It may be that your employer or direct superior has simply not considered what the workload entails, so start by discussing the issue in a reasonable way. Sometimes, that’s all it takes.

However, if you’re met with a refusal to negotiate your schedule and threats of punitive action should you fail to do the impossible, you may well be the victim of harassment. Assemble your evidence and take it to the next level on the chain of command. If all else fails and you are unfairly dismissed, be sure you have your paper trail showing your attempts to negotiate with your employers.

You’re open to constructive criticism, but your work is never good enough. Not only that, your superior never gives you specifics even when you ask for them. Begin by trying to engage, asking for direct pointers on what your boss thinks you should do better.

Ideally, do so in writing, so that you have evidence of your attempts to meet your superior halfway. If this fails, take it to a higher level. If nothing else works, you may be in a toxic workplace environment and legal advice could be helpful.

Whether it’s a colleague or superior, there is never any excuse for personal insults in the workplace. If it’s a one-off incident, you may decide to shrug it off, but if you are constantly subjected to assaults on your personal dignity, you are in a very awkward position.

Make use of grievance procedures at work and find out whether any of your colleagues would be willing to offer support as witnesses in discussions with management should it become necessary to initiate a grievance procedure or legal action. As in all instances of workplace harassment, it will be up to you to collect and present evidence.

In many countries, “constructive dismissal,” an unfair situation in which the work environment becomes so bad that the employee has no option other than to resign, is recognized in employment law.

Unfortunately, there is no specific provision for this in US employment law although a hostile work environment (should you be able to prove it) or direct discrimination based on race, gender, age, religion or sexual orientation is recognized as an offense. A lawyer specializing in employment law will be able to advise you.