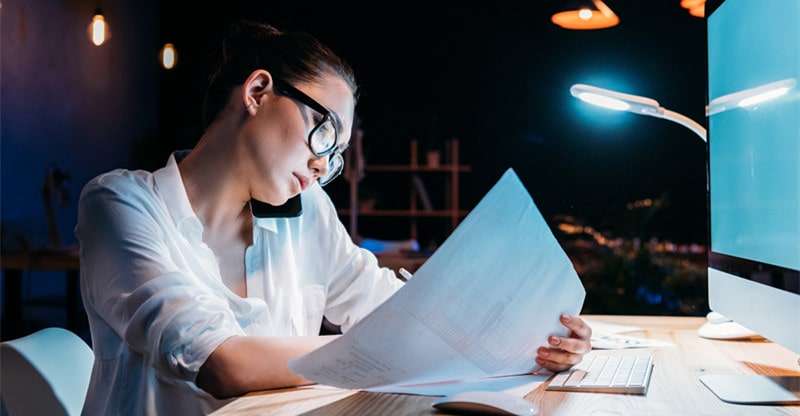 If you ask me, quotes and sayings have an incredible ability to influence, motivate, and prompt people to action. They are instrumental in keeping me pushing forward to achieve my goals. Whenever I am faced with a massive endeavor and feel discouraged, my favorite ones to read are the hard-working woman quotes. Not only do they help me refocus and get back on track, but they also feed my inner feminist.

Take a look through my invaluable collection of quotes by diligent, established women around the world. They will teach you why it is essential to be an industrious woman — one who never surrenders but takes risks and pushes through, persevering against all adversity.

Quotes on What It Means to Be a Hard-Working Woman

#1. “I’m a workaholic, and I don’t believe in ‘No.’ If I’m not sleeping, nobody’s sleeping.” — Beyoncé Knowles, singer-songwriter

#2. “Whatever you want to do, if you want to be great at it, you have to love it and be able to make sacrifices for it.” — Maya Angelou, poet

#3. “There is no magic to achievement. It’s really about hard work, choices, and persistence.” — Michele Obama, the first African-American First Lady

#4. “I didn’t get there by wishing for it or hoping for it, but by working for it.” — Estee Lauder, businesswoman

#5. “You have to have confidence in your ability and then be tough enough to follow through.” — Rosalynn Carter, former First Lady

#6. “I always try and go against the grain. As soon as I accomplish one thing, I just set a higher goal. That’s how I’ve gotten to where I am.” — Beyoncé Knowles

#7. “The perfect woman, you see, is a working woman; not an idler, not a fine lady, but one who uses her hands and her head and her heart for the good of others.” — Thomas Hardy, novelist

Hard-Working Woman Quotes That Will Fuel Your Perseverance

#8. “Don’t be afraid of hard work. Nothing worthwhile comes easily. Don’t let others discourage you or tell you that you can’t do it. In my day, I was told women didn’t go into chemistry. I saw no reason why we couldn’t.” — Gertrude B. Elion, Nobel Prize–winning biochemist

#10. “Do the one thing you think you cannot do. Fail at it. Try again. Do better the second time. The only people who never tumble are those who never mount the high wire. This is your moment. Own it.” — Oprah Winfrey, media mogul

#11. “Always work hard, never give up, and fight until the end because it’s never really over until the whistle blows.” — Alex Morgan, soccer player

#14. “I’m tough, ambitious, and I know exactly what I want. If that makes me a bitch, okay.” — Madonna, singer-songwriter

#15. “I wrote some of the worst poetry west from the Mississippi River, but I wrote. And I finally sometimes got it right.” — Maya Angelou

#16. “Take criticism seriously, but not personally. If there is truth or merit in the criticism, try to learn from it. Otherwise, let it roll right off you.” — Hillary Clinton, politician

Hard-Working Woman Quotes That Will Empower You to Take Risks

#17. “One day, somebody told me I had to perform in front of 35,000 people on the set of ‘Selena.’ I didn’t know how to do it, I just said to myself: ‘Don’t think about it. You can do this, and you’ll be great.’ And then I did. I’ve been following that rule ever since.” — Jennifer Lopez, multi-faceted businesswoman

#19. “I always did something I was a little not ready to do. I think that’s how you grow. When there’s that moment of, ‘Wow, I’m not really sure I can do this,’ and you push through those moments, that’s when you have a breakthrough.” — Marissa Mayer, businesswoman

#20. “I had found that taking risks, being true to myself, and making decisions with good intentions can exceed even my own expectations.” — Jennifer Lopez

#22. “Work hard for what you want because it won’t come to you without a fight. You have to be strong and courageous and know that you can do anything you put your mind to. If somebody puts you down or criticizes you, just keep on believing in yourself and turn it into something positive.” — Leah LaBelle, singer

#23. “Don’t worry about being successful but work toward being significant, and success will naturally follow.” — Oprah Winfrey

#24. “I learned the value of hard work by working hard.” — Margaret Mead, anthropologist

#28. “People think that, at the end of the day, a man is the only answer [to fulfillment]. Actually, a job is better for me.” — Princess Diana

Personally, I relish reading these hard-working woman quotes. Their authors are distinguished and widely acclaimed women who are also wonderfully relatable. Hopefully, their definitions of what it is to be a prominent and ambitious career woman and how to achieve it have empowered you to go out there and leave a mark on the world!