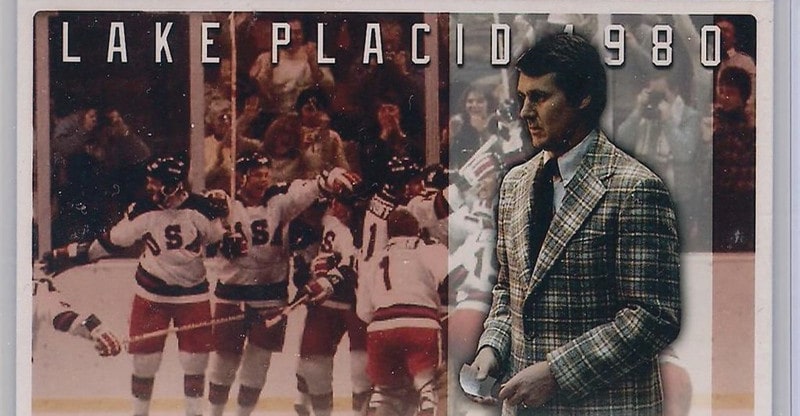 Herb Brooks is one of the greatest coaches in the history of ice hockey. His inspiring philosophy and his people-first approach helped guide the United States to victory over the Soviet Union in 1980, in what is still seen as one of the country’s greatest sporting moments.

Herb Brooks may have been known as a tough and well-disciplined coach but he was also a believer. He was a man who believed that hard work could help you achieve anything and that mentality can be applied to our day to day lives, not just to the hockey rink.

Some days it is easy to lose sight of your dreams. The stresses of modern life can become overwhelming and we can easily live our lives through other people. The following 29 Herb Brooks quotes were chosen as a reminder to help you keep on track and to keep chasing your dreams, just like Herb Brooks and his players did.

Herb Brooks quotes on how to achieve greatness

1. “Great moments are born from great opportunity, and that’s what you have here tonight, boys. That’s what you’ve earned here tonight. One game; if we played them ten times, they might win nine. But not this game, not tonight. Tonight, we skate with them. Tonight we stay with them, and we shut them down because we can. Tonight, we are the greatest hockey team in the world.You were born to be hockey players—every one of you, and you were meant to be here tonight. This is your time. Their time is done. It’s over. I’m sick and tired of hearing about what a great hockey team the Soviets have. Screw ’em. This is your time. Now go out there and take it.”

2. “You were born to be a player, you were meant to be here, this moment is yours!”

3. “What is courage? Let me tell you what I think it is. An indefinable quality that makes a man put out that extra something, when it seems there is nothing else to give. I dare you to be better than you are. I dare you to be a thoroughbred.”

4. “Prepare to grow through pain.”

5. “Success is won by those who believe in winning and then prepare for that moment. Many want to win, but how many prepare? That is the big difference. A sound value system held water then, holds water today, and will hold water in the future.”

6. “You win with people, not with talent. So the quality of the people is very important in building your team. I always looked for people with a solid value system. Then I recruited kids from a cross-section of different personalities, talents and styles of play.”

8. “Why? Because the legs feed the wolf, gentlemen.”

11. “Write your own book instead of reading someone else’s book about success.”

12. “You can’t be common, the common man goes nowhere; you have to be uncommon.”

13. “You’re looking for players whose name on the front of the sweater is more important than the one on the back. I look for these players to play hard, to play smart and to represent their country.”

14. “If I’d have went on the ice when this thing happened, someone would have speared me or something. It’s a great feeling of accomplishment and pride. They had to do it; it was their moment.”

16. “Tonight, we are the greatest hockey team in the world!”

18. “My recruiting key – I looked for people first, athletes second. I wanted people with a sound value system as you cannot buy values. You’re only as good as your values. I learned early on that you do not put greatness into people…but somehow try to pull it out.”

Herb Brooks quotes on the power and importance of dreaming

21. “You must have goals in your life, or otherwise be prepared to be used by those who do have them.”

22. “Risk something or forever sit with your dreams.”

23. “You know, Willie Wonka said it best: we are the makers of dreams, the dreamers of dreams.”

24. “We should be dreaming. We grew up as kids having dreams, but now we’re too sophisticated as adults, as a nation. We stopped dreaming. We should always have dreams.”

26. “And maybe I’m a little smarter now than I was before for all the stupid things I’ve done.”

28. “Let me start with issuing you a challenge: Be better than you are. Set a goal that seems unattainable, and when you reach that goal, set another one even higher.”

Herb Brooks sadly passed away in 2003 but his legacy has lived on through the inspiration that he has passed on to others. His impact on the American sporting world is undeniable and he has firmly earned his place among the most iconic and cherished coaches in American history.

Brooks may have been famous for being a hockey coach but his philosophy and ideals transcended that and can be a source of inspiration to help people get through life. His approach to playing hockey and to recruiting players is still a huge influence on the NHL that we all know and love today.