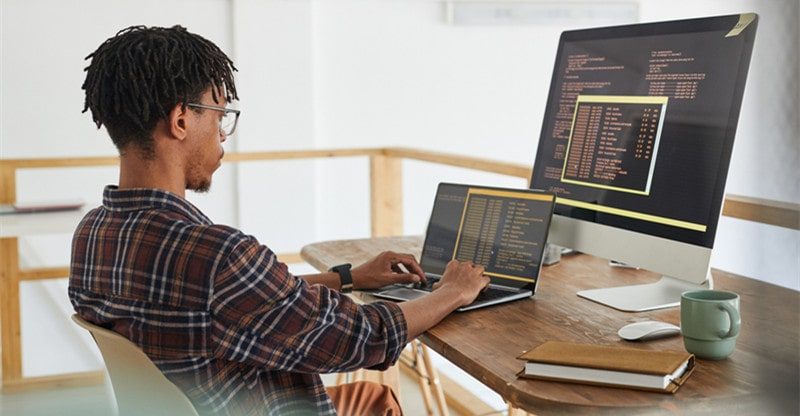 React.js is one of the most popular JavaScript frameworks for web and mobile app development. Globally, more and more companies and websites are looking to hire React.JS developers because of the immense value that these developers generate through their skills.

In a survey conducted by Stackoverflow in 2020, 68.9 percent of respondents (all of them being developers) expressed an interest in working with React in the future. Moreover, it also came in second as the most popular web framework due to its ability to foster a productive workplace.

The reasons behind React’s popularity lies in the fact that in its simplicity, versatility, fast rendering, and the capacity to construct interactive user interfaces. Many top websites including Turing.com, the place where I work, have implemented React.js on their website.

What do React.js Developers do?

Before you hire a React Native app developer, it is always a good idea to learn about what they will exactly do in your company. So, here are some of the responsibilities of a React developer.

1. They use mockups and wireframes and write high-quality UI code.

2. Developers monitor the codes at all times so that the application performance remains consistent.

5. They use Use JavaScript features, stylesheets, and CSS preprocessors like SASS and LESS to write compact, expressive, and modern UI code.

6. Using React processes like Redux and Context APIs, they manage the app’s state and functional libraries to make asynchronous API calls and compute data from the state.

7. Unit testing, end-to-end testing, and integration testing are all part of the React Developer’s QA process.

Now you know the developer’s responsibilities before you hire React.js Developers for your company. Personally speaking, I have seen the Turing hiring process (Turing is the company where I work), and I can confirm that the process might seem challenging to many developers, but it has been built in such a way that you get quality developers.

6 Skills You Should Consider Before You Hire React.js Developers

1. HTML/CSS: For a front-end developer, HTML and CSS are essential. In a React JS developer, the ability to build a user interface is critical.

Furthermore, a React JS developer should be able to:

• Create HTML tags that are semantic
• Must be able to write CSS selectors
• Must be able to implement CSS reset
• Know the box model and reset the border-box
• Flexbox is something they should be aware of
• Implement responsive web design concepts, including the use of media queries as needed.

Hence, an important set of skills you should consider before you make your mind to search for react js developers for hire.

2. JSX: A developer must be familiar with JSX, the most significant component of the React ecosystem. It’s a React ecosystem syntax extension that looks quite similar to HTML.

We can think of it as JavaScript with an HTML taste to it. As a result, if a developer is familiar with HTML/CSS, they are likely to be familiar with JSX as well.

JSX is a concept built on top of React.createElement(). One of the reasons for the importance of this library in React JS development is that the APIs are too complex to scale.

A developer can create an entire application using this API. Utilizing the element to construct the app and using HTML to build the app, on the other hand, are the same thing.

At Turing company, developers are vetted in a way that these skills are tested to the core, and the clients are satisfied in their quest to hire React.js Developers.

3. Git: One of the most important tools in any developer’s arsenal is Git. It’s used to store projects on GitHub, GitLab, and Bitbucket, among other services. A programmer must be familiar with these platforms, and also:

• Keeping track of changes with a comment, add, pull, and push.
• Strategies for merging and branching
• Taking care of merge conflicts

4. Node + NPM: When you hire React.js developers, make sure they are also familiar with Node JS. You may extend the React library with several different packages.

Furthermore, a React JS developer must be well-versed with the npm registry. It is a location where developers can obtain software that aids in the development of software.

Isn’t it amusing? That’s the reality about npm; it’s cloud storage for the packages we refer to as dependencies.

5. JavaScript Fundamentals + ES6: Learning React without knowing JavaScript is similar to learning calculus without knowing how to multiply. You must also pay attention to if the developer has learned and mastered ES6 in addition to JavaScript. This skill should be given enough attention while you hire React.js developers.

It involves knowing when and where one has access to the data, which is essential. Variables are a built-in feature in JS that allows us to store significant data in memory and access it later when needed.

6. Redux: Redux is a state management toolkit for React that makes it easier for developers to manage and maintain states.

Redux is based on the same principles as functional programming and immutability. Redux should not be confused with an all-in-one solution. You should award bonus points to the developer who knows how to use Redux.

Now that you know the key points that need to be remembered while hiring React.js Developers, let’s ask ourselves is there a platform that provides world-class developers by implementing a rigorous vetting process so that you don’t have to do the heavy lifting while hiring your next React developers. Turing.com is one such platform that offers you top quality developers on-demand. We live in a remote-first world.

From sourcing and vetting to matching and onboarding, Turing covers it all. Developers are vetted rigorously by Turing so that only 1 percent of the top talent come through. If you’re a company looking to hire remote React developers for your team, try Turing’s services now and experience the difference.