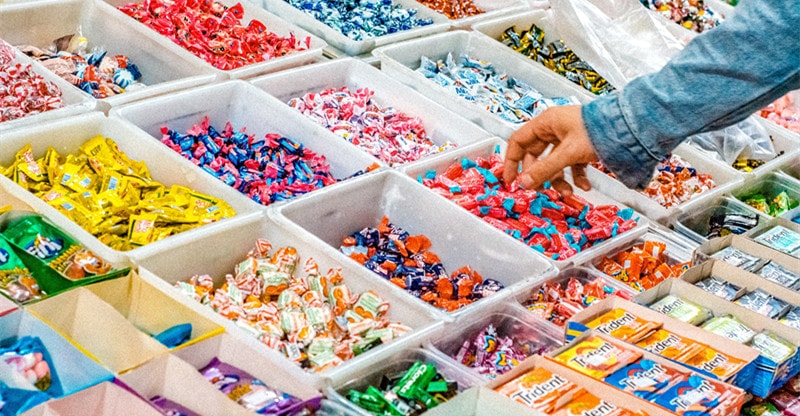 Chocolate is as old as the hills. It originated in Mesoamerica around 450 BC. Initially, it was used only as a drink, prepared with some spices and corn puree, so it tasted a little bit bitterly. However, its seeds were so valuable that were used as a currency. It was also said to be an aphrodisiac.

When it came to Europe in the 16th century, it was modified and became a sugar treat, very popular among the rich, but later also among ordinary people. Its name in the English language derives from Spanish.

These days, people probably couldn’t imagine their lives without chocolate. There are many different types which you may buy, ranging from organic dark chocolate to milk, white, or even ruby. It’s also available in various forms, so you can, for instance, relish drinking hot chocolate in the cafe during a cold winter day, or eating a bar of chocolate to boost your mood in a gloomy autumn evening.

Nevertheless, chocolate is only one of many sweet treats available on the market. Its emergence only triggered the barrage of other, sometimes extraordinary candies. Unfortunately, not all of them caught on very well. As surprising as it may be, some of the candies were even banned throughout the course of history. Here you’ll find some of the most shocking bans imposed on sweets.

The most famous ban was probably put on Kinder Surprise Egg, which except milk chocolate also contains a small toy inside. It has been produced since 1974 by the Italian company Ferrero. Its main purpose was to entertain children, and the whole idea was based on the family tradition of giving kids large eggs with toys during Easter.

The concept seemed perfect, but only until some time. Why? Because a surprise with small elements was perceived as dangerous to children exposed to choking tiny parts of the toy. There were even 10 cases of kids worldwide who died because of that.

In the result, in the US The Federal Food, Drug, and Cosmetic Act prohibited the sale of any sweets containing a “non-nutritive object”, such as a toy, or trinket. Kinder Surprise Eggs are even illegal to import into the US. A similar ban has been actual in Chile since 2016.

Alongside with Kinder Surprises, almost everyone must know candy cigarettes. They were introduced in the late 19th century and provoked lots of controversies. Made out of chalky sugar, bubblegum, or chocolate, they resembled real cigarettes in a branded package. The candy industry cooperated even with tobacco companies to receive from the popular brands.

Some of the candy cigarettes also had powdered sugar so that the user could imitate emitting smoke. It was considered to be demoralizing children who were more likely to start smoking in their adult lives. Some studies proved the correlation between using candy cigarettes as a child and smoking as an adult.

That was the main reason to ban these products in many countries, including the UK, Ireland, Australia, Brazil, New Zealand, Turkey, Norway, and many others.

Another startling candy removed from usage was Trolli Road Kill Gummy. These candies were shaped as different animals, such as squirrels, chickens, and snakes flattened by cars.

It was a product of Kraft Foods, but according to animal rights activists, it evoked many negative emotions in children, encouraging them to cruel behavior towards animals. Because of this misconception, the New Jersey Society for the Prevention of Cruelty to Animals banned its further production.

Some people may also be familiarised with such candy as a lollipipe. Although it was never intended for the children’s usage, it caused much rage, especially among parents. It was, indeed, a hard candy, but you had to be over 18 so that you could buy it. Thus, in Indiana, they introduced a ban on these candy pipes in 7/11 shops.

While talking about sweets, it’s worth mentioning Haribo Sugar-Free Gummy Bears, so adored by many children, but also adults. Actually, it turns out that they aren’t as healthy and safe as we may think. They contain a harmful substance, namely lycasin made out of maltitol, which is nothing else than sugar alcohol used as a sugar substitute.

It’s not fully digestible, which makes you have many gastric problems, like bloating, and even diarrhoea. After many pejorative reviews on Amazon in 2014 and negative consumer opinions, Haribo decided to stop the production of the sugar-free version of these popular bears.

All in all, the facts mentioned above seem terrifying, and probably most people aren’t even aware of damaging consequences connected with eating sweets. Therefore, it’s always recommended to read some online reviews of different products, especially new ones, which have already entered the market to be sure of their quality.