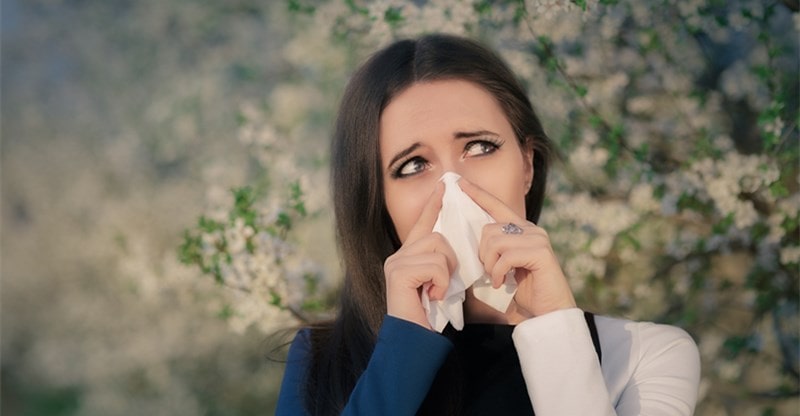 The term allergy was coined in 1906. This means that less than one and half centuries ago, allergies were so rare that they hadn’t been named yet. And yet today, more than half of Americans are allergic to something.

Similarly, several years ago, products such as allergy relief nasal sprays, air filters, dehumidifiers, hypoallergenic beddings, and pillow covers were unheard of in our homes. Still, most of us can’t do without these allergy necessities today.

So, what has changed?

Researchers don’t have a single reason why there has been an upsurge in the number of people suffering from allergies. But they do have several hypotheses that explain the possible reasons for the increase in allergies today.

Some of these theories are explained below.

A notable theory that has been explored by scientists as a cause of the increase in allergies is the hygiene theory. This theory focuses on our obsession with fighting germs.

The idea is that extreme cleanliness often triggers an immune reaction in our bodies. For instance, the overuse of antibiotics eliminates many of our bodies’ essential microbes, making our immune system always ready to react even to harmless triggers.

2. Changes in the Environment

Another reason for the rise in allergies may be the environmental happenings in the last century.

If harmful carbon emissions aren’t checked and continue to warm up the global temperatures, it’s estimated that the growing season will extend by at least a month in the coming years, and more people will be exposed to pollen allergens.

The pollution hypothesis goes hand in hand with changes in our environment. Undoubtedly, people exposed to a lot of air pollution are at a high risk of getting allergies. For instance, children that live near busy streets have a 50% higher chance of suffering from allergies.

In highly polluted areas, particles in the air fall on the pollen grains and change their structure and shape, leading to more powerful pollen. The polluted pollens induce worse allergic reactions compared to non-polluted pollens.

The role of genes in allergies is also under investigation, as allergic reactions have been noted to affect children before their preschool years.

Scientists note that there are factors that a baby may be exposed to while still in their mother’s womb that can determine if they are going to be asthmatic or not. Genetics can also be explained by the fact that children whose parents have allergies are more likely to suffer from allergies compared to children of non-allergic parents.

Although there isn’t a single factor that can be singled out as the one cause of the upward surge in allergies in the past century, we can all agree that human behavior has played a significant role in these changes. Thus, we need to be more mindful of our environment if we want the prevalence of allergies to reduce.