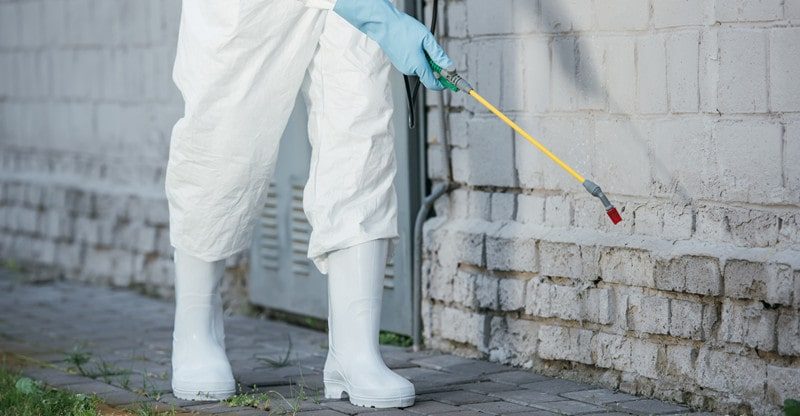 It’s summer now, and for a lot of people, that means it’s time to keep an eye out for fire ants.  Fire ants are common in the southern and south-eastern states, and it’s never pleasant to run into them.

Knowing how to identify them, what they’re capable of, and how to know when they’re really becoming a problem for you can help keep you safe this summer. The best pest control is to know what you’re up against and how to defend against it.

The first thing you need to know to protect yourself from fire ants is how to identify them and their mounds. Fire ant mounds are not hard to spot. Fire ants can build them in a matter of hours and, over time, reach over a foot in height.

They can also span over 10 inches wide, so there’s really no reason you shouldn’t see most fire ant mounds. However, if you don’t know how to identify a fire ant mound, it may just look like a pile of dirt.

Unlike other ant species, fire ants don’t make a hole in the middle of their mounds, so their mounds really just look like loose piles of fluffy dirt. Without that central hole, it can be very easy to mistake a fire ant mound for something more harmless.

You shouldn’t assume, however, that fire ants stay in the mounds they build. If you were to dig into the mound, you would find a lot of worker ants inside the mound itself, but the majority of each fire ant colony is deeper in the ground.

In fact, fire ants can spread their colonies up to 25 feet away from the mound itself. Just because you don’t immediately see a mound doesn’t mean there are not fire ants nearby.

Fire ants prefer to build their mounds in wide grassy areas where they can get plenty of sunshine. But they also sometimes build their mounds near sidewalks or driveways because the cement absorbs heat from the Sun and the fire ants like to be near that heat. This is why you need to be on the lookout for fire ants near your home. It’s not only possible but likely that fire ants will build mounds and colonies on your property so they can be close to those cement heat sources.

Because fire ants can build their mounds so quickly, the mounds will likely be the easiest way to recognize fire ants around your home. But it’s important to be able to recognize the fire ants themselves as well because there are other ant species that have similar coloring.

The fire ants you are most likely to see are red-imported fire ants, and the worker ants of the species are mostly a reddish-brown color, except for their rear section which is black. Most of the ants you see will be worker ants, so identifying them is most important.

Additionally, you will also want to look for a large mandible that fire ants use to bite and a stinger on their rear section. If the ants you see have this appearance and are in a mound that is loose and fluffy dirt, then it is almost guaranteed that they are fire ants.

Now, why is it so important to be able to identify fire ants? Based on their appearance, you may think that they get their name simply from their reddish coloring, but there’s actually much more to their name than you might think.

When you have identified a fire ant mound on or near your property, you need to be very cautious of it. There are two reasons for this. First, if the mound is disturbed before you’re ready to treat it, the ants may dig deeper down into the ground, making it harder to ensure that they have been treated properly. Second, if you disturb a fire ant mound, the fire ants will immediately defend their mound.

Fire ants are aggressive ants. When they’re attacked, they will swarm in massive numbers onto the apparent attacker and begin biting and stinging. Unlike bees, fire ants can sting multiple times without being hurt themselves.

So even if you are only attacked by a single fire ant, you could end up with various bites and stings. If you disturb an entire mound and they swarm you, you could have dozens, maybe even hundreds, of bites and stings on your body.

If you have been attacked by a fire ant, you will be able to identify the wounds by the red marks that form quickly after. Shortly after the red marks appear, a small blister will form on top of it. These bites and stings often feel like they are burning or extremely itchy, and that is a big reason fire ants are named after fire.

It’s important not to scratch the bites because doing so can result in infection. For most people, the bites should be gone in a few days, but a very small population may be allergic to them and require medical attention.

How to Know When Fire Ants Are a Problem

Because fire ants can build up mounds so quickly, it may be hard to get ahead of them in your pest control defenses. So when they show up, you should assume that they are a problem.

Now, if you are away from your property in a sunny area where are the ants shouldn’t disturb many people, then the fire ants are probably not a problem so long as you stay away from them. But any time they show up on your property, the best pest control practice is to assume they are a problem and call professionals for help.

By calling the professionals to help you with fire ants, you’re accessing the best pest control treatments available. Store-bought pesticides and DIY methods are not strong enough or thorough enough to ensure that the colony is exterminated. The better the treatment, the better the removal, and the sooner you and your family will be safe from fire ants around your home.