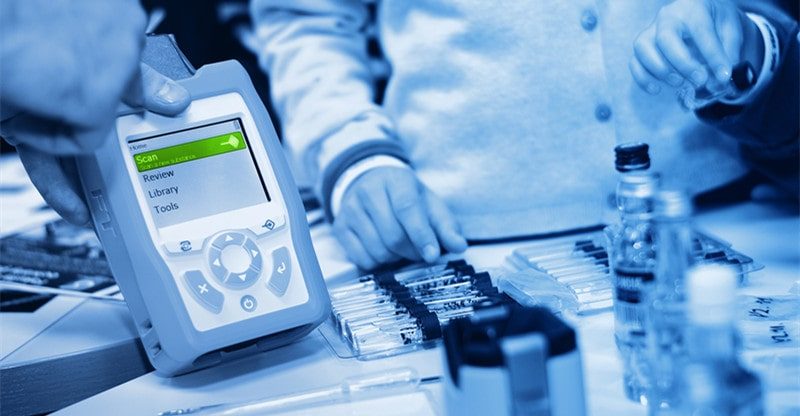 Spectroscopy has been around since the early 1900s, but because it was originally so complicated and expensive, its use was only available to highly specialized laboratories, such as universities and pharmaceutical companies.

Today, however, Raman Spectroscopy has evolved to the point where it’s now useful in any industry with even moderate needs for spectroscopy and can be used by small business owners as well as large corporations. This article will discuss what Raman technology actually is and why it’s so widely used today.

What is Raman Spectroscopy?

Raman spectroscopy is a technique that is used to identify molecules. It uses the phenomenon that when light is shined on a molecule, some light will be scattered at different wavelengths (colors) than what was initially shined on it.

The wavelength of the scattered light can be predicted based on the vibrational modes that the molecule possesses. In other words, when light hits an object and gets scattered, each molecule has a certain signature that distinguishes it from other molecules.

So by looking at which wavelengths are being produced as a result of this scattering process, we can figure out which molecules are present in our sample.

How is it Used?

Raman spectroscopy is typically used to identify chemical compounds. It is a non-destructive analytical technique that probes molecules by illuminating them with high-frequency light at different wavelengths and then measuring the frequency or wavelength shift.

The frequency shift, or Raman effect, results from the excitation of molecules as they absorb photons while electronically transitioning between their ground and excited states. The intensity and location of the frequency shift provide information about the chemical bonds present at that particular point on the molecule.

What are its Advantages?

Raman spectroscopy is a technique that has been around for many years, but it is only now that it is being used extensively in today’s technology. This technique can be used to identify materials, minerals, and more. It can also be used to identify the composition of a chemical compound or mixture.

The main advantage of this technique is that it does not need any contact with the sample to work its magic. Another advantage is that there are no limitations on the size of the samples. If you have an idea about what you are looking for and where you think it might be, then all you have to do is point your camera at the spot where you think it might be found and let the camera do all of the hard work for you!

How is it used in Today’s Technology?

Raman spectroscopy is a non-destructive technique that is used to identify the chemical composition and structure of materials. The process uses light to excite the electrons on the surface of the material and create a spectrum, which can then be analyzed.

It was originally developed as a tool for investigating physics and chemistry but has now become an important tool in areas such as forensics, industrial quality control, archeology, art diagnostics, atmospheric science, and more.

New applications are being discovered every day as scientists work to develop new uses for this powerful technology. While it is difficult to quantify just how many people use Raman spectroscopy each day, it’s clear that its importance will only continue to grow with time.

The Raman Spectroscopy is a cost-effective technique that can be used to determine the chemical properties of substances. The use of this technique has grown exponentially in recent years, and it is now being used more frequently than ever before. Applications range from identifying counterfeit drugs to analyzing samples for police investigations.

Plus, it can be used as an alternative to expensive lab equipment while still yielding accurate results!