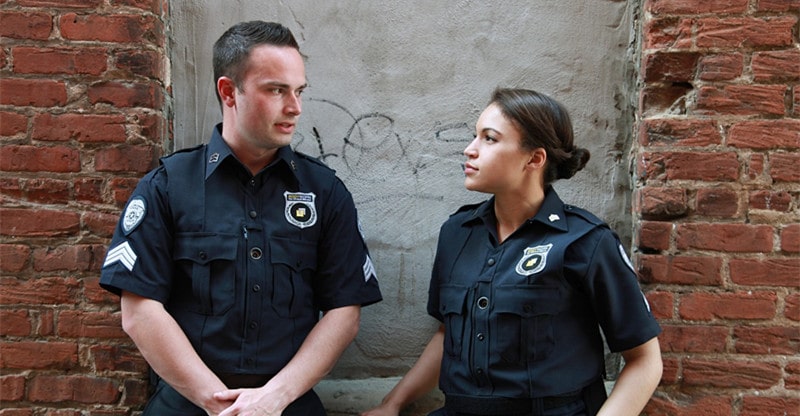 We must begin that security guards are charged with a huge responsibility. In addition to maintaining peace and order in company premises, nightclubs, bars, shops, and other business establishments, they play a huge role in preventing theft and chaos while ensuring our safety and security. This is why they are the first people we call upon when something that could threaten our safety occurs in our places of work or public establishments.

And they’ll be a high likelihood you’ve seen someone being thrown out of an establishment by security guards or bouncers after conducting themselves in a disorderly manner. But the thing is, even though the law may vary from one jurisdiction to the other, it generally requires security guards to use only a reasonable amount of force when taking control of such situations in the establishments they’re stationed at.

And if they’re not careful enough, accidents and injuries could happen. So what if something happened and you got injured by a security guard or as a result of their negligence?

As earlier mentioned, security guards are charged with various duties. These include vigilance to ensure that the people and property they’re employed to protect are safe and secure. They are also tasked with the responsibility of ensuring that the environments they work in are free of chaos and disorder. This is why you see unruly or overly intoxicated violent individuals getting kicked out of concerts and clubs, sometimes even apprehended until the police get there.

But even as they do so, they’re required to use minimal force in a careful manner that doesn’t also infringe on the “victim” rights.

If a security guard takes it too far, becomes overly brutal, and the individual they’re trying to handle or kick out gets injured, they could only make things worse for themselves as well as their employer. Unless in their self-defense, the law requires that a security guard does not manhandle or physically hurt another person.

It is their responsibility to handle the situation in the most appropriate manner without causing harm to any individual. That being said, here’s what you should do after sustaining injuries from an encounter with a security guard.

The first and most important step to take after an encounter that leaves you injured is to seek medical treatment. Depending on the severity of your injuries, you may have to call 911 or the emergency hotline in your area.

For instance, there’s no point in trying to drive yourself to the nearest hospital or clinic if you’re too hurt to do so or you have a wound that is bleeding profusely. Even if the injuries appear so minor at first, make sure you get attended to by a qualified physician as soon as you can because some internal injuries may not be apparent at first.

2. Talk to an Injury Attorney

As severally mentioned, a security guard is not supposed to physically hurt or even touch you unless you’re a threat to their safety and that of others. However, this remains to be a gray area because if, for instance, you were a bit intoxicated at the scene of the incident, the guard could easily claim that you were holding a weapon or that you attacked them.

According to Matt Stoddard from the Stoddard Firm, you can actually sue a security guard if they were brutal on you or conducted their work in a way that left you injured. This is a personal injury case that could see the guard or their employer compensate you for various damages, including medical expenses, lost income, pain, and suffering.

Your personal injury attorney will help determine and make it clear to the court that indeed it was the guard’s fault that you got injured. They could do so by proving the following:

These are just a few of the various ways a good injury lawyer can help to establish that the security guard overstepped their line in your personal injury claim case.

After the incident that led to your injury, it is important to call the police as soon as possible. The law enforcement officers will write a report that could be useful in your personal injury lawsuit against the security guard.

At the scene of the incident, there’s a high chance that an eyewitness was present. If so, be sure to get their contact information as they could help strengthen your case. Witness statements are admissible in court and your injury attorney can follow up with them at a later date as they build your personal injury case.

If you have your phone with you, take a few pictures of the scene as well as your injuries, and the security guard who caused them if possible. Photos and videos are admissible evidence in court and can go a long way in strengthening your case. Also, be vigilant and look around to see if there are any nearby CCTV cameras as they may record the events that led to your injury.

This one is more of a “don’t do” in the aftermath of a security guard-inflicted injury. As much as you may be tempted to confront or harass them to vent out for your pain, it may not do any good to your case. The best option is to stay as far from the guard as possible until your case is heard and determined.

Sometimes even those who are paid to protect us can be the reason for our pain. A security guard can, either willingly or unwillingly, conduct themselves in a manner that leaves you with injuries, medical bills to pay, lost income, pain, and suffering. The above are some of the most important measures to take after being injured by a security guard or bouncer.