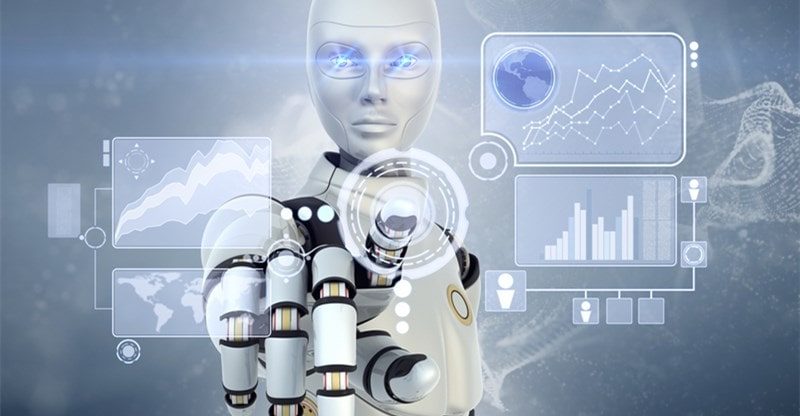 A global pandemic is a great motivator for agencies to push the technology further & promote un-manned manufacturing & human innovation.

The current digital ecosystem has evolved enough to trigger new innovations every few months and with each new technology comes 100 different applications for that tech and limitless possibilities of modifying, improving, or redefining current norms in exponential ways.

The past decade has seen astronomical growth in data, computing abilities of such data, and the growth of other convenient & interestingly efficient technologies.

The big data war has begun. This war is for the modern currency: data in the form of user information. All players are on the battlefield – Corporates, governments, new businesses, and even thieves.

Ethics behind collecting user data are still in discussion but it is evident that the tailor-made products & services that companies provide to their users are very useful for the customers too.

This shows that if consent is a criterion then a vast majority have already allowed it, only for the right reasons.

Concerns over data security are very legitimate and security is usually at the core of most companies that are in the business of collecting information.

Organizations have full control over user analytics on their respective website, mobile app, or software. This is a large amount of data, almost impossible to interpret without the help of artificial intelligence and yet an extremely valuable commodity even on its own.

AI steps in to solve the big data problem. Artificial intelligence can process big data, create actionable insights and display it through easy to understand visuals. All this within seconds.

Artificial intelligence capabilities also have some challenges, including “deep fake videos” that make it very difficult to separate fact from fiction.

Even so, technology has proved time and time again, that each problem can be solved with a different version of the same tech.

Machines have also understood how to recognize human emotions & communicate with empathy and great context.

Areas where AI will continue to make big splashes-

Production and use of robotics have increased tremendously in 2020.

Robots in hospitals– We have already observed robots taking on the role of nurses & companions for sick patients in North Korea, Japan, and many other countries.

Robots inside homes – From vacuum cleaners to chefs and even dishwashers. Robots are becoming the new house help.

In a not so distant future, these robots will ensure that even hard to reach places are spotlessly clean.

Robocops, robotic policing – Not necessarily in the form of a machine-human blend. Drones have been used for surveillance & crowd control in many parts of the world.

AI-powered robot patrolling can also manage to keep watch in a set location.

Biotechnology is at a constant phase of evolution. Newer technologies keep disrupting the pace of existing models and push companies to move to the latest & the more efficient.

Advancement in biotech has been transforming health care, biofuels, agriculture & the environment as a whole.

Innovative Applications of Biotech in 2020

Bioprinting – 3-D printing was revolutionary about a decade back but now 3-D bioprinting has open possibilities that can have miraculous effects on human life & healthcare.

Biosensors– Many new bio-signatures can track blood pressure, body temperature, and the regulation of various chemicals in the body.

Many of these sensors are capable of tracking all hosts of human functions through wearable technologies.

In fact, many start-ups hire app developers to create smart applications for these wearable gadgets. These apps aim to track and monitor vital functions & alerts authorities if the person’s condition gets critical.

Gene Editing- A field once thought to be the epitome of biological advancement has become commonplace now. Editing genes have become cheaper, easier, and more accurate in the past decade.

Ground-breaking CRISPR technology has made it possible to nearly modify human DNA. This revolutionary technology is being explored to cure hereditary diseases and other forms of chronic illnesses. Going ahead, we might experience an age where medicine is approached more from a genetic standpoint.

Games like Pokemon GO showed people how innovative AR can transport physical into digital. Snapchat, Instagram, Facebook, and many other companies have been actively enhancing the capabilities of augmented reality.

It is being used to create an immersive brand experience in the fashion and beauty industry. A more engaging & interactive experience by E-commerce and a more entertaining one by the gaming companies.

Each industry is looking to explore possibilities that break existing barriers and pave the way for mixed reality (MR).

A common concern is “Technology is replacing human jobs!” New advancements in technology do take a big chunk of jobs from humans but they also create new jobs. A point that is not addressed often.

The nature of jobs in the future will undeniably change. From manual to digital, from monotonous to creative, from repetitive to original. Creating new technologies is an evergreen trait & while it displaces some jobs, it gets balanced by new technology-centric work.

We are creating a world that we saw in “futuristic movies & shows”. Self-driving cars, automated robotics, easier logistics, and other limitless applications to look forward to in the coming decade.