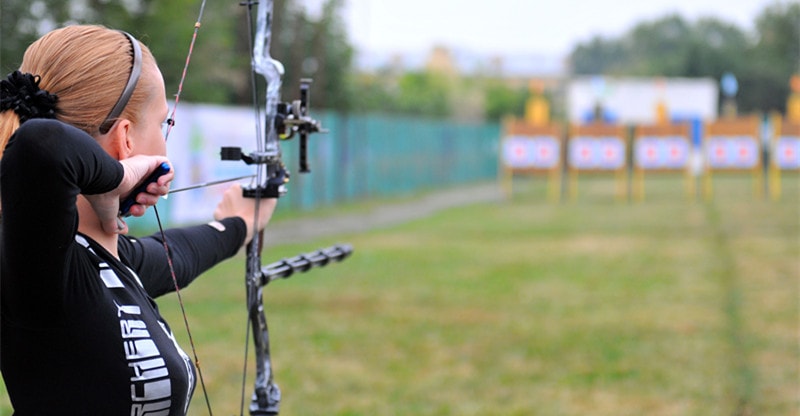 Archery. Most of us have heard of it, but don’t know much past the fact that it involves a bow and an arrow. There are so many nuances to the sport that have to be taken into account by the athletes. It may not seem like much, but this is a testament to how wonderfully practiced these precision athletes really are.

So in celebration of Archery, one of the oldest sports on Earth, here are some fascinating facts that you probably didn’t know.

People associate archery with war. It’s seen as a throwback to the ancient days of precision projectiles in battles against the most wicked of foes. Yes, its origins are in combat and if you take any experienced archer and drop them a millennia back in time, they’d probably hold their own. The stats, however, tell a slightly different story. The sport and the tools have evolved, producing some of the most efficient bows out there.

Whether you’re using a recurve or a Compound bow, archery is actually one of the safest sports in the world. Officially, the sport has about one injury per 2000participants. This makes the sport safer than both bowling and ping pong.

Archery Was Introduced To The Olympics In 1900

Archery and precision sports are synonymous with the Olympic Games. These old and true shows of skill have a rightful place on the list of competitive activities, built to see who is the best of the best. What most people don’t know is that Archery was only introduced in the Olympics in 1900. Prior to that, it was relegated to regional and international competitions, having been the primary means of projectile just a half a century prior.

Even more strange than Archery being introduced in the 20th Century is that it was removed almost as abruptly. In the 1920’s it was taken off due to the lack of agreement and standardization of rules. See, back then, people only had telegrams. An entire international conversation, short of sending envoys, took months.

So the lack of communication leads to a wide variance in styles and rules applied. That is, until the 1970’s when World Archery (International Archery Federation) was formed to unify the rules and the regulations. It was only in 1972 that Archery, one of the oldest practices, was brought back to the Olympics.

When another player splits their opponent’s arrow down the middle with their own, it is affectionately called a Robin Hood, after the famous scene in which Robin does so in a tournament. Now, most of the time it’s dumb luck. It’s happened to a good handful of professionals. Unfortunately, it tends to ruin the arrow.