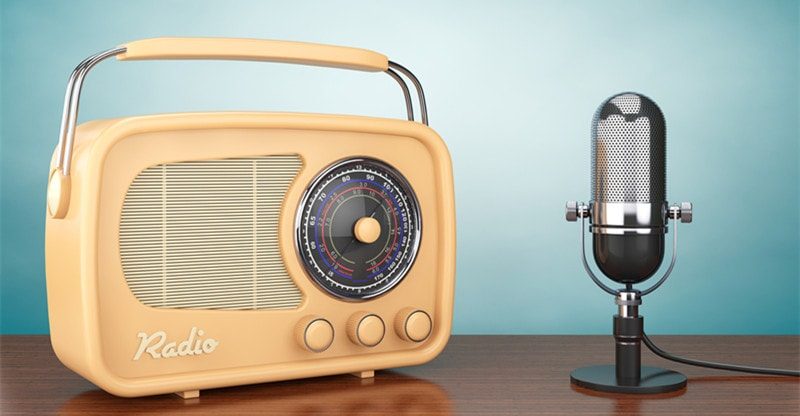 The first-ever person to come up with the idea of the internet radio was Clark Malmud. He built up a radio station in 1993 and brought the concept into the limelight. The purpose of this radio station was to take interviews with popular public figures that belonged to the field of technology and science.

Clark’s station was dubbed, “Internet talk radio” and later broadcasted multiple live concerts over the internet. Internet radio stations were also the first instance when music was played on the web.

In its early times, internet radio was not that easily accessible to people as compared to the present. They used box services like “Radio.co”, and tools like SHOUTcast and Icecast, which were complicated and difficult to set up by an individual. However, if it were not for these broadcasters, internet radio would still have been a far-fetched idea.

Further advancements in the broadcaster tools led to accommodations such as Windows Media Player, Winamp, and Real Player. Internet radio service provided at that time included pioneers like Live365.com, who offered the first hosted community platform for listeners and owners of internet radio stations.

Later, streaming music services like Pandora, Apple Music, Google Music, and Spotify played their role which was introduced by Internet radio control panel software. New media platforms such as these were based on somewhat radically different paradigms of control and choice for listeners, essentially being an “on-demand” service.

In general, they are inspired by populist trends and modern traditions of the music industry.

As the availability of personal computers spread worldwide they are now commonly used at homes ever since the advancements in digital media formats started in the 1980s. Media formats such as mp3, mpeg2, and MPEG gave room to sound quality, portability, and acceptable trade-offs between compression which met a match with internet pirates and became mainstream.

The users had never experienced such sound and music quality in the past. Hence, this development was highly appreciated by them. The way digital media has grown in recent years, it can now be accessed at any time around the world. The advancements even forced reluctant music empires to develop for their consumer’s entertainment.

Using the help of the internet, the changes are so rapid that no one can predict what would come next as compared to the early years when a little change occurred in platforms like TV, movies, and radios. A recent report by the British phonographic industry shows that the evolution of these new services to traditional media has produced significant results, and has affected the use of internet radio over time.

Since its inception, the market got flooded with internet radio devices of all sorts, however, Auna seems to be doing a better and more consistent job than most manufacturers, so the latest Auna Connect 150 review is worth checking out.

The radio offers 2.1 Internet Radio, Wi-Fi Music Player, MP3 USB Port, AUX, Remote Control, Walnut is the latest Internet radio device available on the internet, which has been highly appreciated by the people. It offers a Wi-Fi and LAN interface and a Hi-Fi system.

This internet radio provides premium sound quality. The Wi-Fi radio also provides an AUX input that can accommodate external sources. Auna connect 150 has 4-star ratings from its users and its distinctive features have made it widely popular.

Auna Connect 150 is a living example of the progress of internet radio over the years. The technological advancement in the field has ensured upgradations and modifications in the product, making it more feasible and convenient for customers.