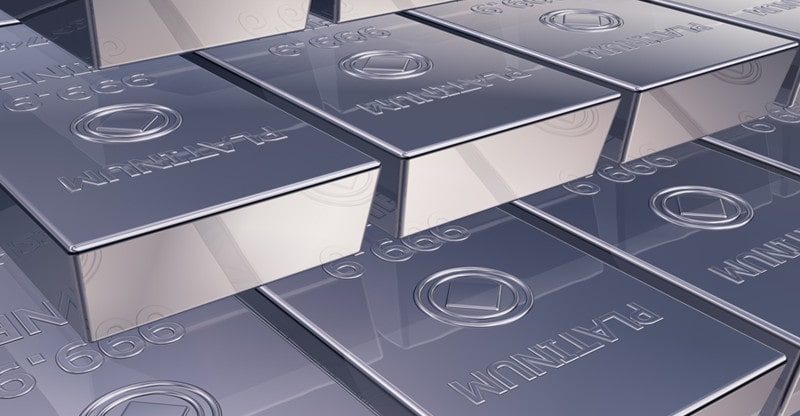 Investors looking to put money into precious metals might consider a few options. Gold, silver, platinum, and palladium are all good choices, though there’s a little more research required. For one, is it really that smart to buy platinum in the digital age? What are the best ways to get involved with these metals? Are these markets particularly reliable?

Fortunately, when it comes to platinum and palladium, we’ve got the answers. In this guide, we’ll break down the pros and cons of investing in either metal.

Pros and Cons of Palladium

What’s initially interesting about both platinum and platinum is that they’re both white precious metals. Both of them are somewhat popular and seen as rarer than traditional metals like gold and silver. However, while they might seem initially similar, these assets differ largely in various ways.

Palladium, for instance, is rarer than platinum – and already fairly evasive metal. In fact, the price is often quite volatile due to how little there is. Demand is almost never reached, as it’s nearly impossible to keep up with the mining requests.

However, it’s worth noting that palladium isn’t corrosive and is quite valuable even at small densities – as a good reason as any to buy palladium. It’s also used in jewelry and automobiles, meaning there’s already a place for it. Palladium isn’t suddenly going to disappear overnight.

The fact that palladium is volatile isn’t good for every investor, either, though. Some don’t want a risky investment and might see this volatility as a bad thing. Others might enjoy this volatility, as it can mean short-term profits if you’re lucky.

All of that said, palladium is much less dense than platinum, meaning there needs to be more to reach a similar value. On top of this, because it’s so rare, industries might look for alternatives – such as platinum – to replace such an elusive metal. While this is sure to happen over time, it’s certain to put off some investors in the long run.

On top of this, if there’s a financial disaster, money is much more likely to pour into gold and other metals. Palladium isn’t a popular safe-haven asset, which might tank its value.

Pros and Cons of Platinum

Platinum, on the other hand, is a reasonably rare asset in comparison to palladium. It’s rarer than gold, silver, bronze, and the like. However, it is significantly more common than palladium. This ease of access makes platinum a much more appealing asset to manufacturers and other parties who need either metal.

Similar to palladium, platinum is non-corrosive and valuable even in smaller densities. But platinum is expected to keep increasing in demand, which would likely raise its price a bit, assuming supply can keep up. Unfortunately, supply is limited in platinum no matter what. It is much easier to find than palladium, though.

Thanks to the asset’s volatility, it’s used similar to gold as an economic hedge. Keep in mind this volatility is much more manageable than palladium, which is ideal for platinum investors. It’s also a popular metal in similar industries to palladium like jewelry and cars.

That said, platinum faces the same issue in palladium in that manufacturers are attempting to find an alternative source. If this happens, the price of platinum may plummet. Take note, though, that platinum is a much more popular metal for this application than palladium.

It’s also worth mentioning that platinum bars and coins are much more common than palladium ones. As a result, investors might lean toward platinum over palladium. This will especially be the case if they prefer physical holdings.

Now that you’re aware of the pros and cons of both palladium and platinum, you should be able to make an investment. Fortunately, there are multiple avenues to do so. You can invest in physical metals, ETFs, stocks, and even in the cryptocurrency backed by precious metals. The decision is entirely yours. Good luck trading, and always remember that these assets are speculative.