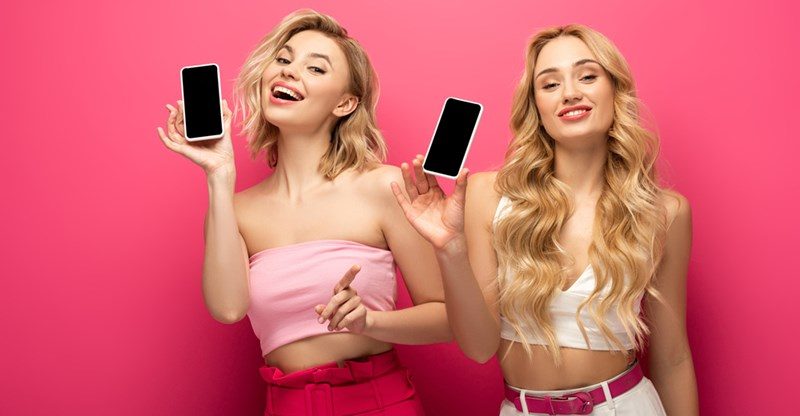 When it comes to smartphones, Apple and Samsung are the leading names in the business and there is no counter to that. In fact, they are also chief rivals and their rivalry is one of the reasons why by the day, the smartphones from these brands are taking the digital world by the storm with newer features and even better-improvised tech specifications.

The phenomenal range of mobile devices from both these smartphone giants have been the most sought after electronic products, especially in the last few decades.

Apple recently announced its exclusive iPhone 12 series the previous week, which is expected to be available for purchase starting from November 2020. This launch announcement comes as a striking competition for the existing Samsung Galaxy S20 that was launched earlier this year in February and was made available starting from March.

Both the phones are winners in their own stead, but come with a slight variation, which can make you choose one over the other. Read on to get a detailed comparison of iPhone 12 vs. Samsung S20 on the basis of their specifications and features, and see which one gets the ball rolling for you.

It is a leap year – 2020, Apple claims and therefore, the smartphone giant has taken a leap in terms of its overall design and performance. The new Apple iPhone 12 is 11% thinner, 15% smaller, and 16% lighter. It uses a glass sandwich design, unlike the Samsung Galaxy S20 which has more rounded edges.

Both the phones come with aluminum bodies and they weigh almost the same at 5.8 ounces, with just a gram or two of difference between them. The purchase does not include any protective equipment, so you can additionally buy Samsung S20 protective back covers to protect your device from damage.

There are plenty of color variations for both the smartphones – the iPhone 12 lineup will come in five fresh finishes of black, white, red, green, and the new navy blue color. (However, note that Apple usually eliminates colors depending on what is selling the most.) The Samsung Galaxy S20 on the other hand, is available for purchase in three color variants that are – Cloud Blue, Cloud Pink, and Cosmic Gray.

Along with inaugurating a new design for the iPhone 12, Apple has also launched brand new screen sizes with incredible color accuracy. In fact, both iPhone 12 series and its chief rival, the Samsung Galaxy S20 series, now each offer three screen sizes to choose from in their respective lineups.

Apple’s largest new iPhone – the iPhone 12 Pro Max – features the biggest iPhone screen size ever made at 6.7 inches. However, Samsung’s counterpart device, the Samsung Galaxy S20 Ultra, is actually even bigger than the iPhone 12 Pro Max when it comes to display space boasting off a greater display screen of 6.9 inches.

The smartphone models from Apple and Samsung are powered with the vibrant OLED technology and the dynamic AMOLED 2X technology respectively, making the display clear and sharp; it also makes the bright, brighter and the darks, darker.

The new Apple iPhone 12 features a Super Retina XDR display and it comes with a huge jump in pixel density with a high resolution of 458 ppi. But still, is taken over by the Galaxy S20 model which features a resolution of 511 ppi.

Apart from this, the display on Samsung S20 comes with an Eye Comfort Display with reduced blue light. This feature will significantly reduce the strain on the eyes in your screen time. While the Apple iPhone 12 boasts of greater spill and splash resistance.

Camera specs are perhaps the first thing that many people check for before purchasing a smartphone. When it comes to the iPhone 12 vs. Samsung S20 debate, both the devices have extremely brilliant camera features on offer.

The Samsung S20 comes with a sporting quad-camera setup on the rear, which includes a wide-angled camera that provides the resolution depth of 108 megapixels for capturing the most intricate of details.

The tele-photo lens offers a depth resolution of 48 megapixels while the ultra-wide rear camera offers 12 megapixels. Meanwhile, the device is also rounded out by a DepthVision camera for 3D scanning and other features. Additional camera features on the S20 include enhanced night mode capabilities for dim light photo capturing to take your low light scenarios to the next level.

The iPhone 12 Pro Max features a triple rear camera setup with 12 megapixels on each camera, and also introduces a new wide camera that comes with an improved aperture. Both the wide and ultra-wide cameras now have the Night Mode, with the new wide camera bringing in 27% more light.

Other key features in the iPhone 12 include a new image signal processor for enhanced photo quality, Dolby Vision HDR video recording, and a LiDAR scanner for enabling improved augmented reality and faster automatic focus in Night Mode. The device also includes a boastful 5X optical zoom. (The Apple iPhone 12 is the first one to support Dolby Vision recording.)

The Samsung S20 starts with a storage of 128 GB, expandable up to 512 GB. The S20 device includes a micro-SD slot enabling up to 1 TB of additional storage. Further, it consists of dual SIM (nano + nano), dual-standby (4G+4G), and a hybrid SIM slot.

On the other hand, buyers of the iPhone 12 can choose between variants including 128 GB, 256 GB, or 512 GB of internal storage and it features a dual SIM (GSM + GSM) like its predecessor.

With its latest launch, Apple finally stepped up into the arena of 5G and therefore, caught pace with its competitor, which has already launched numerous Galaxy smartphones supporting 5G since 2019. Specifically, both the Samsung Galaxy S20 Ultra and iPhone 12 Pro Max will support the major 5G network variants.

When it comes to devise performance, there is honestly little to complain about in either smartphone model. The Samsung Galaxy S20 is backed by the Qualcomm Snapdragon 865 processor, which features an eight-core CPU and a clock speed of up to 2.84 GHz.

While, the new iPhone 12 will be powered by the A14 Bionic chip, which includes a six-core CPU and which is actually the fastest chip in a smartphone. Also, this chip is super-efficient when it comes to long battery life.

Additionally, the new design on the iPhone 12 comes with the promise of improved durability. The display will feature a unique Ceramic Shield material, which involves high-temperature crystallization to improve toughness and which is truly tougher than any smartphone glass.

It features aerospace-grade aluminium and the drop protection on the iPhone 12 is now four times better. Meanwhile, Apple also announced that the new iPhone smartphone will support MagSafe accessories, which basically means accessories such as wallets, that will stick at the back of your phone magnetically.

So who wins the iPhone 12 vs. Samsung S20 debate is a question that remains unresolved and will be best answered after the iPhone models are actually put to use. Although the features of the two smartphone models are comparable, you might have a preference in terms of the technical specifications and features that align most with the purpose for which you most use a smartphone.