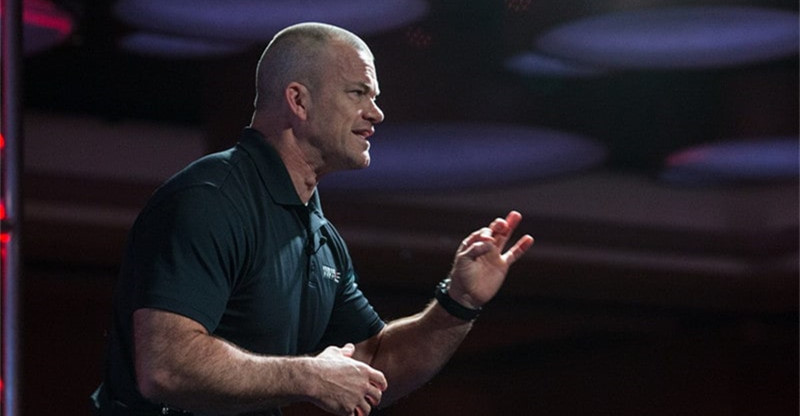 Let’s face it, there are few men on the planet that are as tough as Jocko Willink. The former Navy Seal turned podcast host and author has basically written the book on how to be tough. He also received the silver star and bronze star for his services in the Iraq War and is seen as one of the most inspiring people in the military world.

One thing Willink has specialized in is leadership. His no-nonsense mentality has been a source of inspiration to many aspiring leaders in the world and his books on the topic have sold millions of copies.

Finding the motivation to drag yourself out of bed in the morning and do the best you can do can be difficult but these 30 Jocko Willink quotes should help get you motivated to be both a better person and a better leader.

Jocko Willinks Quotes to make you want to try harder

2. “The test is not a complex one: when the alarm goes off, do you get up out of bed, or do you lie there in comfort and fall back to sleep? If you have the discipline to get out of bed, you win—you pass the test. If you are mentally weak for that moment and you let that weakness keep you in bed, you fail. Though it seems small, that weakness translates to more significant decisions. But if you exercise discipline, that too translates to more substantial elements of your life.”

6. “When you think you can’t take any more… guess what? You can – It’s proven by the stories of ordinary people in war.”

7. “Overconfidence was risky in such a hostile environment, a mistake most often made by warriors who had never truly been tested.”

8. “Human beings are generally not capable of managing more than six to ten people, particularly when things go sideways and inevitable contingencies arise.”

11. “Do not take the easy way out. Do not give up based on instinct. Take the step. Step aggressively toward your fear.”

12. “When things are going bad there’s going to be some good that comes from it.”

13. “I know that somewhere out there, another man is also preparing. That man is the enemy.”

14. “No more. No more excuses. No more: “I’ll start tomorrow.” No more: “Just this once.” No more accepting the shortfalls of my own will. No more taking the easy road. No more bowing down to whatever unhealthy or unproductive thoughts float through my mind.”

Jocko Willinks quotes to remind you the importance of staying humble

15. “You’re not going to find happiness. You have to make it. So get out there and make some happiness.”

16. “The only person you can control is you. So focus on making yourself who you want to be: Faster. Stronger. Smarter. More humble. Less ego.”

18. “It’s basically for show… that’s what hair is. It has no purpose other than ‘I look good’ So let’s just go ahead and remove that. I don’t care what I look like, I’m here to win.”

19. “Implementing Extreme Ownership requires checking your ego and operating with a high degree of humility. Admitting mistakes, taking ownership, and developing a plan to overcome challenges are integral to any successful team.”

21. “You’re not going to find happiness. You have to make it. So get out there and make some happiness.”

23. “In chaotic, dynamic, and rapidly changing environments, leaders at all levels must be empowered to make decisions. Decentralized Command is a key component to victory.”

28. “We learned that leadership requires belief in the mission and unyielding perseverance to achieve victory, particularly when doubters question whether victory is even possible.”

29. “Generally, when a leader struggles, the root cause behind the problem is that the leader has leaned too far in one direction and steered off course.”

30. “Staying ahead of the curve prevents a leader from being overwhelmed when pressure is applied and enables greater decisiveness.”

Being a leader and taking charge of people is no easy task but if you follow these quotes from Jocko Willlink then you should begin to see results fairly quickly.

Jocko Willink continues to inspire people with his talks on discipline on leadership and regularly hosts his own podcast and has published several books which are all available right now.