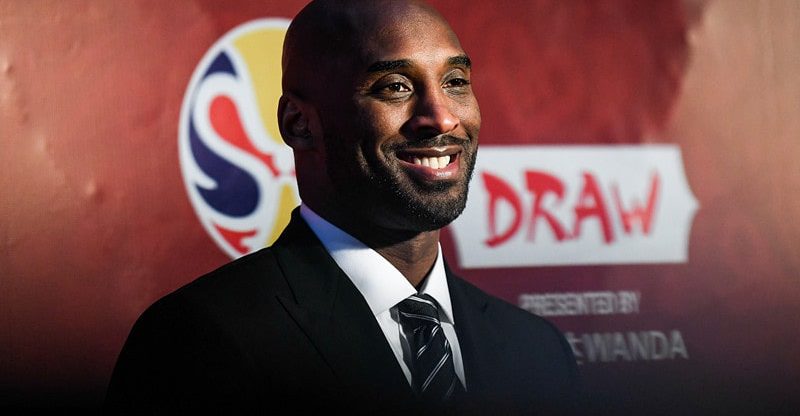 You know it, and I know it. Kobe Bryant is one of the greatest basketball players to ever lace up a pair of boots. His sheer drive and determination have seen him rise to the top of his game and become one of the all-time greats.

Sounds like a lot of hard work, right? Well with the following 28 Kobe Bryant quotes, you will be able to ignite your inner mamba in no time.

Kobe Bryant Quotes to Motivate You

1: It’s the one thing you can control. You are responsible for how people remember you—or don’t. So don’t take it lightly.

2:The topic of leadership is a touchy one. A lot of leaders fail because they don’t have the bravery to touch that nerve or strike that chord. Throughout my years, I haven’t had that fear.

4: If you’re afraid to fail, then you’re probably going to fail.

5: I don’t want to be the next Michael Jordan, I only want to be Kobe Bryant.

6: I’ll do whatever it takes to win games, whether it’s sitting on a bench waving a towel, handing a cup of water to a teammate, or hitting the game winning shot.

7: There’s been a lot of talk of me being a one-man show but that’s simply not the case. We’ve won games when I’ve scored 40 points and we’ve won when I scored 10.

8: Haters are a good problem to have. Nobody hates the good ones. They hate the great ones

9: Be willing to sacrifice everything, but compromise nothing in your quest to be the best.

10:I step on the court, that’s me. I don’t play around. I’m not there to be your best friend. I’m there to destroy you.

11: I love going one-on-one with someone. That’s what I do. I’ve never lost. It’s a whole different game, just to have them right in front of you and be able to do whatever you want.

12: The last time I was intimidated was when I was 6 years old in karate class. I was an orange belt and the instructor ordered me to fight a black belt who was a couple years older and a lot bigger. I was scared s—less. I mean, I was terrified and he kicked my ass. But then I realized he didn’t kick my ass as bad as I thought he was going to and that there was nothing really to be afraid of. That was around the time I realized that intimidation didn’t really exist if you’re in the right frame of mind.

Kobe Bryant Quotes to Help You Bounce Back

13: Everything negative: pressure, challenges, is all an opportunity for me to rise.

15: Pain doesn’t tell you when you ought to stop. Pain is the little voice in your head that tries to hold you back because it knows if you continue you will change.

16: Once you know what failure feels like, determination chases success.

18: I’m here. I’m not going anywhere. No matter what the injury – unless it’s completely debilitating – I’m going to be the same player I’ve always been. I’ll figure it out. I’ll make some tweaks, some changes, but I’m still coming.

19: I have self-doubt. I have insecurity. I have fear of failure. I have nights when I show up at the arena and I’m like, ‘My back hurts, my feet hurt, my knees hurt. I don’t have it. I just want to chill.’ We all have self-doubt. You don’t deny it, but you also don’t capitulate to it. You embrace it.

20: I would rather go 0-for-30 on the floor before I go 0-for-9. 0-for-9 means you beat yourself, you psyched yourself out of the game. The only reason is because you lost confidence in yourself.

21: As I sit here now, when I take off my shoe and I look down at my scar, I see beauty in it. I see all the hard work, all the sacrifices. I see the journey that it took to get back to this point of being healthy. And I see beauty in that struggle. That’s what makes it beautiful.

22: My parents are my backbone. Still are. They’re the only group that will support you if you score zero or you score 40.

23: The most important thing is to try and inspire people so that they can be great in whatever they want to do.

24: Winning takes precedence over all. There’s no gray area. No almosts.

26:I’m reflective only in the sense that I learn to move forward. I reflect with a purpose.

27: The important thing is that your teammates have to know you’re pulling for them and you really want them to be successful.

28: I focus on one thing and one thing only – that’s trying to win as many championships as I can.

Kobe Bryant is one of the NBA’s all-time greatest players and with a little help from these quotes, you may be able to rise to the top of your game as well.

While being the best version of yourself and unlocking your own mamba mentality may not be the easiest thing to do, especially if you’re having a rough day, hopefully, these quotes can inspire you to go out there and smash it every day.