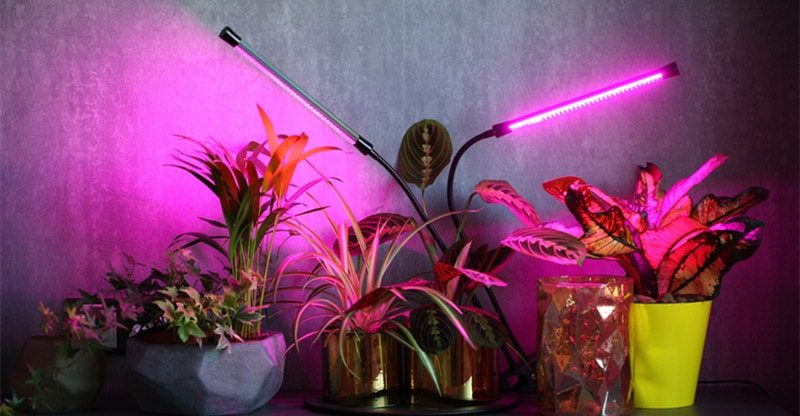 As a devoted grower, you want to give your precious buds the best care they can get. However, you’ve also got to make sure it doesn’t cost you a fortune to provide for your plants.

At this point, you’d probably be advised to use LED grow lights. But why should you? Are they any better at decreasing power consumption? If you’re looking for answers, you’re on the right page.

In this post, we’ll discuss how LED grow lights can decrease power consumption in your grow house. We’ll also talk about whether these lights have any other economic benefits for your business. So if you’re curious to know more, keep reading.

We’ll be honest with you: many sellers try to hype up their LED grow lights way too much. Keeping those exaggerated claims aside, here are some facts that prove LED grow lights save energy consumption:

No matter your preference, you can’t deny that LEDs cut down on your electricity bills compared to regular grow lights.

Unlike HIDs or CFLs, these diodes don’t emit heat and utilize about 95% of the energy, wasting almost nothing. While doing that, they also provide almost the same intensity of bright, unwavering light beams.

For instance, if your HID light uses 30 Watts to produce 520 lumens, a LED grow light can do that with 5 watts. Hence, you can decrease power consumption big time and save on costs with LEDs.

This is especially useful if you have an extensive growhouse or an indoor hydroponic growing system. These systems are increasingly popular nowadays to grow marijuana plants that produce, for example, CBD products. Many states have recently legalized these growing operations and this has increased the demand for LED grow lights in the US.

The fact that LED lights don’t produce heat can benefit you in quite many ways, too. (Don’t be fooled, though – LED fixtures do get hot, as would anything that uses electricity. However, the beams of light don’t give off any heat, unlike other types of bulbs).

Firstly, you won’t have to run your air conditioner, or use elaborated venting systems to let out heat from your growhouse. Hence, this will save on electricity bills along with set up costs.

Second, your plants won’t lose water as quickly as they would with other hot lights. This means you’ll have to water them less often, which in turn reduces water bills. It’s a small difference, we know. But the relief of not having to worry about burning your plants is incomparable.

LEDs emit directional light beams. This means that the light follows a straight path wherever you focus it, giving you direct and concentrated beams.

On the other hand, traditional grow lights will throw light in every direction. This isn’t only inefficient use of the source, but it also means you’ll have to use additional equipment to reflect the light in the correct direction.

Inevitably, this increases costs and wastes energy. But with LEDs, you can focus them over one area and rest assured that your plants are absorbing all of the light.

While LEDs may seem expensive initially, they’ll last you several times longer than a regular grow light. Did you know LED lights can last for 50,000 hours, and even more in some cases?

This means you won’t be replacing your grow lights as often as you normally would. In turn, it will make up for the high initial cost and also help you save on your bills. So, if you do the math, you’d know why people think investing in LED grow lights is a better idea.

Since your plants need different wavelengths in different stages of their growth, LED grow light users are at a great advantage. They won’t only reduce their costs, but also make efficient use of the light source.

With LEDs, you can easily adjust the wavelength, so the light is either blue or red, without having to invest in separate bulbs for each color.

Plus, these grow lights have less green or yellow in comparison to CFLs or HIDs. And since plants don’t need much of these colors, no light energy goes to waste.

Moreover, adjusting the different colors in the light ensures that your plant grows healthier, which means a better yield and more profit.

In sum, LED grow lights decrease power consumption and make almost 100% efficient use of energy. But apart from this, they also save on additional costs as they need fewer accessories and are super easy to operate.

And though the energy-saving benefits of LED grow lights seem like they won’t matter a lot, you will definitely notice the difference with reduced bills, especially if you have a large grow house.