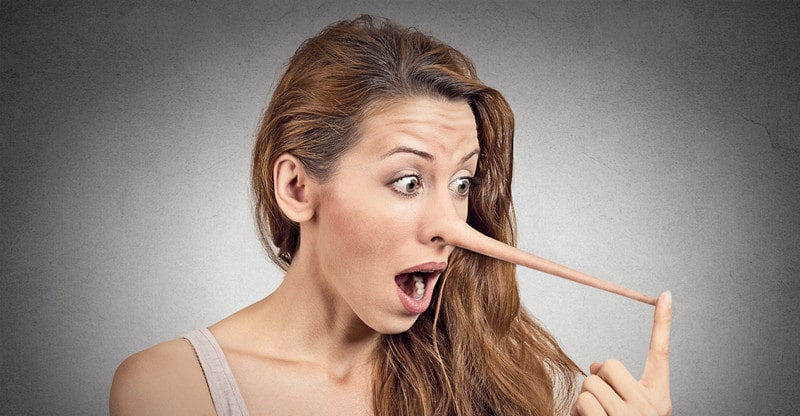 I’ve been on both ends of lying and cheating — the giver and the receiver. If there’s one thing I’ve learned, it’s that neither one is a good choice. Cheating and being cheated on carries a lot of hurt with it, not to mention that great consequences come from being deceitful. So, if you sense the urge, here are 29 quotes about liars and cheaters that will make you think twice before trying to trick someone.

Yes, it is true that we all lie at some point in our lives. However, just because everyone’s doing something doesn’t mean it’s good by any stretch of the imagination. In case you still haven’t learned that, take a look at these quotes about liars and cheaters. They ought to give you some food for thought.

29 Quotes About Liars and Cheaters

Quotes About Why People Lie and Cheat

#1. “People often cheat when they want to end a relationship. If you love someone, they deserve to have a peaceful, understandable breakup. So, if you want to cheat, just set them free.” — Unknown

#2. “A real man will be honest no matter how painful the truth is. A coward hides behind lies and deceit.” — Unknown

#3. “Some people treat the relationship as a video game; they play them, and when they get bored, they cheat.” — Unknown

#4. “Don’t cheat in a relationship. If you are not happy, then just leave.” — Unknown

#5. “Most people cheat because they’re paying more attention to what they’re missing rather than what they have.” — Unknown

#8. “Oftentimes, we lie and cheat because of the way others treat us. However, we should never drop to their level; we can take pride in knowing we’re better and walking away.” — Unknown

Quotes About Why You Shouldn’t Lie or Cheat

#9. “Dare to be true. Nothing can need a lie: a fault which needs it most, grows two thereby.” — George Herbert

#11. “Real men stay faithful. They don’t have time to look for another woman because they’re too busy looking for new ways to love their own.”  — Unknown

#13. “If a girl asks you a question, it’s better to just give her the truth; chances are she is asking you because she already knows the answer.” — Unknown

#15. “Things come apart so easily when they have been held together with lies.” — Dorothy Allison

#17. “Cheating on a good person is like throwing away a diamond and picking up a rock.” — Unknown

#18. “The truth is best even when we find it unpleasant. Any rat in a sewer can lie. It’s how rats are. It’s what makes them rats. But a human doesn’t run and hide in dark places, because he’s something more. Lying is the most personal act of cowardice there is.” ― Nancy Farmer

#19. “Secrets and lies kill relationships. No matter how careful you are, you will get caught.” — Unknown

Quotes About the Consequences of Lying and Cheating

#20. “If you cheat on someone that is willing to do anything for you, you actually cheated yourself out of true loyalty.”  — Unknown

#21. “When people cheat in any arena, they diminish themselves; they threaten their own self-esteem, and their relationships with others by undermining the trust they have in their ability to succeed and in their ability to be true.” ― Cheryl Hughes

#22. “I am a good enough person to forgive you. But not stupid enough to trust you again.”  — Unknown

#23. “A promise means everything. But once it is broken, sorry means nothing.”  — Unknown

#26. “Cheat on a good woman and karma makes sure you end up with the bitch you deserve.” — Unknown

#27. “Cheating on a girl is deeper than people realize. It destroys her outlook on love, her future relationships, and her peace within herself.” — Unknown

#29. “People think that a liar gains a victory over his victim. What I’ve learned is that a lie is an act of self-abdication, because one surrenders one’s reality to the person to whom one lies, making that person one’s master, condemning oneself from then on to faking the sort of reality that person’s view requires to be faked…The man who lies to the world is the world’s slave from then on…There are no white lies, there is only the blackest of destruction, and a white lie is the blackest of all.” ― Ayn Rand, Atlas Shrugged

When we were children, our parents tried to teach us that lying was wrong. Sadly, many of us forget this once we come into contact with “grown-up problems.”

Nevertheless, lying and cheating is never the answer, and we should all strive toward being completely honest. More often than not, honesty is the only thing that can preserve a relationship.

Our loved ones deserve the truth, no matter how hurtful it is, and hopefully, these quotes about liars and cheaters have made that clear to you. Moreover, they’ll likely be thankful that we respect them enough to be honest with them, no matter what.

Trust me, I’ve regretted lying every time, and the only way I could rectify the situation was with the truth. So, when you sense that the devil on your shoulder is tempting you to lie and cheat — remember these quotes about liars and cheaters and reevaluate your decision.