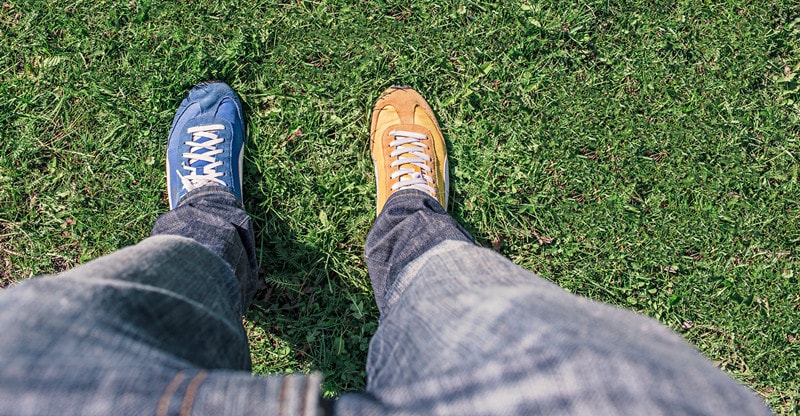 Life is not always unfair, there happen to be pretty bad days in everyone’s life. Call for a taxi but your phone battery dies, mix up the place for a meeting and happen to be on the other end of town, buy an expensive brand handbag over your budget but legit checks it to be fake. Life can be unfair in many ways but it is not forever.

Here are 59 “life is unfair” quotes that will make you stop and question life.

2. “Today we live in a cash-for-trash world. Anyone can stand up and say anything unkind, unfair or completely untrue about you, and then they are rewarded financially for it… because life is unfair.” — Kathie Lee Gifford

3. “It is important to feel the anger without judging it, without attempting to find meaning in it. It may take many forms: anger at the health-care system, at life, at your loved one for leaving. Life is unfair. Death is unfair. Anger is a natural reaction to the unfairness of loss.” — Elisabeth Kubler-Ross

4. “On the whole, life is unfair in the way it works out. It is a game played without an umpire!” — Ursula Bloom

5. “Life is unfair but remember sometimes it is unfair in your favor.” — Peter Ustinov

6. “There’s a difference between the fact that the universe is inherently unfair on a cosmic level, and the fact that life is unfair because people are actively making it so.” — John Scalzi

8. “So I came to the realization: Nothing in life is unfair. It’s just life.” — Rob Lowe

9. “Sometimes, life is unfair, and you have to suck it up and move on and not use it as an excuse.” — Robert Kraft

11. “It is the fairness of life that makes it seem unfair.” — Gugu Mona

12. “Who says life is fair, where is that written?” — William Goldman

14. “The only thing that makes life unfair is the delusion that it should be fair.” — Dr. Steve Maraboli

15. “If life is unfair with everyone, doesn’t that make life fair?” — Thabang Gideon Magaola

16. “The happiest people don’t bother about whether life is unfair. They just concentrate on what they have.” — Andrew Matthews

19. “Life is indeed unfair. There are times when I’d stare at the sky at night and wonder why you are my entire universe when I’m not even a little star to you.” — Unknown

21. “Life is cruel and unfair, my friends, and that is fact.” — Stephen Jenkins

22. “Life can be unfair sometimes, but that’s no reason to give up on it.” — Anonymous

24. “Life is never fair, and perhaps it is a good thing for most of us that it is not.” — Oscar Wilde

25. “Life happened. In all its banality, brutality, cruelty, unfairness. But also in its beauty, pleasures, and delights. Life happened.” — Thrity Umrigar

26. “Life is unfair. You put someone first who put you second. You study your ass off for a final only to get a C. You give 110% to someone in a relationship who only gives 40%. You’re there for a best friend at 3:00 am and the next day they don’t pick up their phone. It seems like you’re giving everyone everything and they’re just walking away with it.” — Anonymous

27. “The universe is not fair and it is never going to be fair.” — Daniel Keys Moran

28. “Life, I’ve learned is never fair. If people teach anything in school that should be it.” — Nicholas Sparks

29. “Life is savagely unfair. It ignores our deep-seated convictions and places a disproportionate emphasis on the decisions we make in split seconds.” — Chris Cleave

30. “I have always felt that the great lottery of life is unfair. The fact is that I was thrown up on the stage of life called Australia. You don’t choose where you are thrown on to this stage. So universal health, universal education, of course plenty of food and clean water.” — Tim Costello

31. “Life for the majority of the population is an unlovely struggle against unfair odds. Culminating in a cheap funeral.” — Siegfried Sassoon

32. “Baseball is a lot like life. The line drives are caught; the squibbles go for base hits. It’s an unfair game.” — Rod Kanehl

33. “Life isn’t fair. It never will be. Quit trying to make it fair. You don’t need it to be fair. Go make life unfair to your advantages.” — Robert Kiyosaki

34. “At the age of five, she has already come to terms with one of the life’s harshest lessons: that the world isn’t fair.” — Tabitha Suzuma

35. “If you expect the world to be fair with you because you are fair, you’re fooling yourself. That’s like expecting the lion not to eat you because you didn’t eat him.” — Unknown

36. “Life isn’t fair. No matter what life throws your way, no matter how unfair it may seem, refuse to play the victim. Refuse to be ruled by fear, pessimism and negativity. Refuse to quit. Be a warrior and work through whatever life throws your way with courage, love, and positivity. And continually push forward. Because you are a survivor of the unfairness of life. You are stronger than you think. And you are capable of achieving far more than you believe.” — Zero Dean

37. “Life is unfair, princess. Bad things happen to good people. Lady luck is a motherfucking bitch. But we keep our chins up. We don’t give up. We don’t surrender. And we come back swinging.” — Elle Aycart

38. “Life inspires me. Life is unfair, unkind and unforeseeable. It knocks you down when you least expect it.” — Lisa De Jong

39. “Life becomes so unfair when you don’t get what others do. But don’t worry, God has decided something better for you.” — Vj Nadar

40. “Life is hard. It’s cruel sometimes. It’s merciless and unfair, but we all go through difficult times, one way or another. You’ve had more than your share of knocks lately, I’ll give you that, but it doesn’t mean you get to quit. No one gets to quit. You keep fighting, every day, and sooner or later, the grief fades a little. You grow stronger, find joy again, and everything gets easier. You come out of it more equipped to handle the next wave, which will come eventually. There will always be waves.” — Julianne MacLean

41. “What I mean is, all the terrible things that happen in fairy tales seem real. Or not real, but genuine. Life is unfair, and the bad guys keep winning and good people die. But I like how that’s not always the end of it… evil is real, but so is good. They always say fairy tales are simplistic, black and white, but I don’t think so. I think they’re complicated. That’s what I love about them.” — Polly Shulman

42. “One must never forget that life is unfair. But sometimes, with a bit of luck, this works in your favour.” — Peter Mayle

43. “Life is unfair and there are winners and losers, regardless of how much overprotective parents attempt to shield their offspring from reality.” — Jen Lancaster

44. “I believe that there are three conditions to a woman’s beauty. First, you must realize that not all women are beautiful all of the time. Sometimes beauty comes on a subconscious level. When she is in love, or has met someone new and exciting, she shines. Second, you must understand that life is unfair. Beauty is something that, for some, must be worked at. The third condition is luck. Some women can just be lucky.” — Yohji Yamamoto

46. “Quitting is not the answer. Life is not fair, and you can’t quit every time something unfair happens to you.” — John Grisham

47. “He’s come to learn that life is a bitter bitch. She is inherently unfair.” — Ilona Andrews

48. “Life is not always fair. Be content and do your best even when things aren’t going your way.” — Unknown

49. “Sometimes life seems unfair. It always rains the hardest on the people who deserve the sun.” — Unknown

50. “Life is so unfair that one is more likely to get into some sort of trouble than be rewarded if one attempts to do a good deed; many times one spends time and resources to help someone only to be totally ignored with not so much as a thank you.” — John P. Grier

51. “Though the brain says all is well, the soul is lost, confused, doesn’t know why life is being unfair to it. But we still wake up in the morning.” — Paulo Coelho

52. “When you experience bereavement at a youngish age, you suddenly realize that life is unjust and unfair, bad things will happen, and you have to take that on board.” — William Boyd

53. “It may be unfair, but what happens in a few days, sometimes even a single day, can change the course of a whole lifetime.” — Khaled Hosseini (The Kite Runner)

54. “In other words, let’s face it: Life is basically unfair. But even in a situation that’s unfair, I think it’s possible to seek out a kind of fairness. Of course, that might take time and effort. And maybe it won’t seem to be worth all that. It’s up to each individual to decide whether or not it is.” — Haruki Murakami (What I Talk About When I Talk About Running)

55. “I will never deny that life isn’t fair. It seems as though when a woman leaves a man she is strong and independent, but when a man leaves a woman he is a pig and a jerk.” — Criss Jami

56. “Do not complain of life’s unfairness. It is never fair – at best it is impartial.” — David Gemmell (Lion of Macedon)

57. “And whoever said the world was fair, little lady? Maybe death is fair, but certainly not life. We must accept the unfairness as proof of the sublime flux of existence, the capricious music of the universe – and go on about our tasks.” — Tom Robbins (Skinny Legs and All)

58. “Tell me what’s wrong with society,
When everywhere I look I see,
Rich guys driving big SUVs,
While kids are starving in the streets,
No one cares,
No one likes to share,
I guess life’s unfair.” — Simple Plan

59. “My dad always said that life was unfair. That some people have to work ten times harder, be ten times better, to get what they deserve.” — J. D. Hawkins (Insatiable)

Life is never fair. Nothing in this world is fair. We do not have the ability to change life’s nature.

However, what we can do is to put on a brave face, deal with whatever hardships and struggles life throws at us and always remember to appreciate all the good and happy times that we experience. Only through this can we make our life worthwhile, despite all the unfairness it offers.