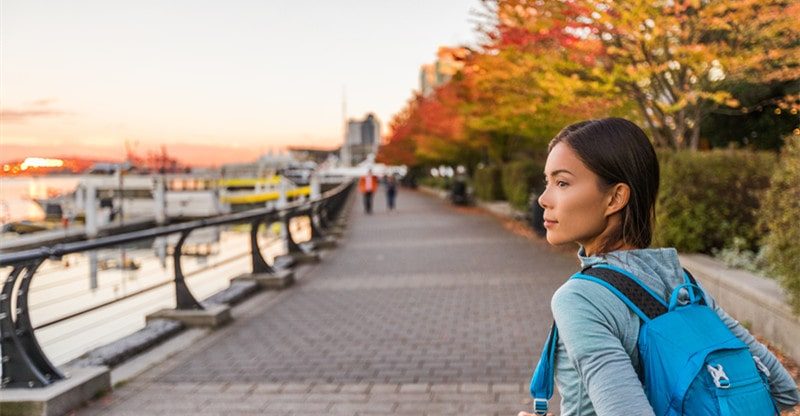 Canada continues to be the country of choice for those searching for a better, safer life. We’ve all read about the wonders of the Great White North – amazing natural resources, strong economy, and multicultural diversity – but is it all too good to be true? Let’s have a closer look at the pros and cons of living in Canada.

The cost of living in Canada is significantly lower than in many parts of the western world. This is especially true when compared to Europe, many first-world nations, and perhaps even your home country if you consider that you’re likely to earn more in your field once up north.

While the cost of living is relatively low, it should be noted that this ultimately depends on which part of Canada you settle in. Salaries vary from province to province, city to city, and according to each industry. Toronto and Vancouver are the most expensive cities to live in, with Ottawa and Brampton ranked as two of the most affordable.

Canada’s status as having one of the best healthcare systems in the world is due to its universal healthcare program, Medicare. The Canadian government wants all its citizens to have equal access to quality healthcare, and a massive chunk of its Gross Domestic Product (GDP) goes to this.

As a newcomer, you’ll need to keep in mind that you’ll have to wait three months before having access to free healthcare. In other words, you’d have to take out your own medical aid to make sure you have medical cover during that period.

Another important point to be aware of is that universal healthcare will only cover medical issues. For example, you’ll have to pay for your dentistry and optometry needs.

There are many affordable options for colleges in Canada that make education cheaper than in, say, the United States (US). Be sure to look at the courses available at schools like the University of Saskatchewan, Memorial University of Newfoundland (MUN), and Brandon University. The Canadian Government, along with some universities, also offers scholarships to top-performing students.

While getting an education at a university in Canada can cost less than in the United Kingdom or the US, it can still be a costly affair, depending on the institution or course you choose and even the city you’re in. So, if you’re looking to enroll in a medicine, engineering, or social science program, prepare to pay top dollar.

If you’re from a tropical or desert region, the chances are that you’ll be looking forward to experiencing the Great White North in all its splendor. Think winter wonderland, building that snowman and ice skating on your local lake. On top of this, you’ll finally be able to sport some coats and boots.

The icy weather is not for everyone. You’ll have to learn to layer up before leaving home, get used to heavy snowfall, and install a weather app to get notifications for days when conditions are extreme. That said, you will also get a chance to build some muscle while shoveling snow. On the other hand, the Canadian summer can be pretty humid in certain areas.

Once you’re settled up north, you’ll want to explore its expansive wilderness, along with other destinations and cultural attractions. From Banff National Park to the Rocky Mountains and Niagara Falls, to the foodie scene in Vancouver and beautiful architectural structures in Quebec – you won’t ever get the chance to become bored.

Venturing around the country may break the bank. Domestic flights can be pretty expensive. In fact, it’s believed to cost less to fly to the states than to another Canadian province.

Since you’re setting out to build a better life for yourself and your family, be sure to do your research to make informed decisions regarding living in Canada. The cost of living is probably the most crucial aspect to consider to ensure comfort in your new home country. Be mindful of where you decide to settle. You can learn more about the cost of living in Canada on this page.

Because it is considered one of the top countries to immigrate to, it is likely that there are more pros than cons after close inspection.

Let us help you with a visa eligibility assessment and guide you toward making the best possible decisions for your new life in Canada. Visit CanadianVisa.org to get more information and to start your new journey.