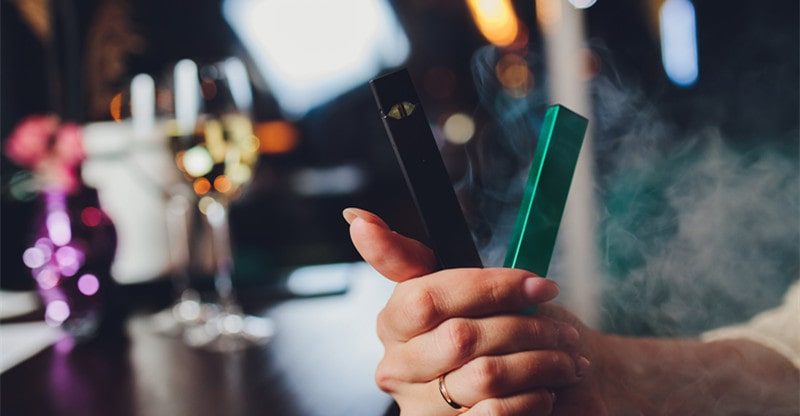 Do you ever find yourself wishing that your disposable vapes could last longer before they run out of e-liquid or battery power? A modern disposable vape can certainly last a long time, but even a capacity of thousands of puffs doesn’t feel like enough when you’re trying to get one last puff out of your device, and the light keeps blinking.

After that, we’ll talk about some of the things that you can do to make a disposable vape that you already own last longer. Let’s jump in!

If you want to enjoy a longer-lasting experience with your disposable vapes, the first thing that you should do is start buying higher-capacity devices. When disposable vapes first started becoming popular a few years ago, the average device had a capacity of around 300 puffs. Before long, manufacturers were expanding the capacities of their devices to around 600 puffs – and from there, things really exploded.

Today, the latest devices like Esco Bar disposable vapes have enormous e-liquid capacities and can last up to 5,000 puffs before they finally run out of e-liquid. To ensure that you can use every drop of vape juice, the latest devices are equipped with rechargeable batteries. When the light blinks, simply connect the device to your computer to charge the battery. When the charging cycle is complete, you can resume vaping.

Let Your Device Rest for a While

Have you ever owned a battery-powered device that you could still use a few more times after the battery “died” as long as you let the device stand for a while without trying to use it? Most types of batteries have the ability to “recharge” themselves temporarily after they die.

When you use a battery, what’s actually happening is that ions are moving from one pole to the other. In a high-drain situation – like vaping, for instance – the battery may temporarily run out of ions at one of the poles. When that happens, the battery stops working.

If you let it rest for a while, the remaining ions in the battery will spread out, and the available voltage will increase. At that point, you can resume using the battery temporarily. This phenomenon sometimes works with disposable vapes.

When a device starts to blink, It does mean that the battery is essentially dead. You’ll need to replace the device right away, but you may be able to get a few more puffs out of it if you let it rest for a while.

If you want a disposable vape to last as long as it possibly can, chain vaping is the last thing that you want to do. You’ve probably noticed that if you take a few puffs in quick succession, each puff produces a bigger, warmer vapor cloud than the last. You might find the experience enjoyable, but chain vaping causes the atomizer coil in a disposable vape to operate at higher than its normal temperature – and that drains the e-liquid supply rapidly.

If you’re chain vaping because you find that your device doesn’t produce satisfying vapor clouds until it begins to warm up, consider buying a disposable vape with a mesh coil. Mesh coils are much more efficient than traditional wound vape coils, and it’s becoming very common for disposable vapes to have them. Chain vaping is a surefire way to rapidly drain the e-liquid supply in a disposable vape because the hotter the coil gets, the more vape juice it’ll use with each puff.

This next tip is somewhat related to the previous one. If you want to get the most puffs out of a disposable vape that you possibly can, you should avoid taking overly long puffs. The number of puffs that a disposable vape is advertised to deliver is based on an average puff length of about one or two seconds.

If your average puff is more like four seconds, you can essentially cut that number in half. You can conserve your e-liquid supply and make a disposable vape last longer by using a shorter puff length – and if you find yourself taking extremely long puffs because your device isn’t satisfying you, it might be a good idea to consider switching to a higher nicotine strength.

Add E-Liquid if Your Device Still Has Battery Power

Did you know that you can actually pop the mouthpiece off of some disposable vapes and add a little extra e-liquid? If you have a bottle of vape juice handy, you might try this when a disposable vape’s cloud production decreases, but the device seems to have a bit of battery power remaining. Pop the mouthpiece off of the device and add a few drops of e-liquid to the wick below.

Be Mindful When You Vape

If you find that disposable vapes rarely last as long for you as you think they should, the problem could simply be that you’re vaping too often and are consuming much more nicotine than you did when you were a smoker. A disposable vape isn’t self-limiting in the way that a cigarette is.

Eventually, a cigarette burns away, and that’s what tells you that you’re done smoking for a while. A cigarette typically lasts for around 10 puffs at the most. A disposable vape, on the other hand, just keeps going and going.

If your vaping device hardly ever leaves your hand, it’s likely that you’re using more nicotine than you really require – and as a result, your disposable vapes aren’t lasting as long as they could. Try puffing about 8-10 times and putting the device down for a while – maybe in a separate room. If you only vape when you really need the nicotine, your disposable vapes will last much longer.