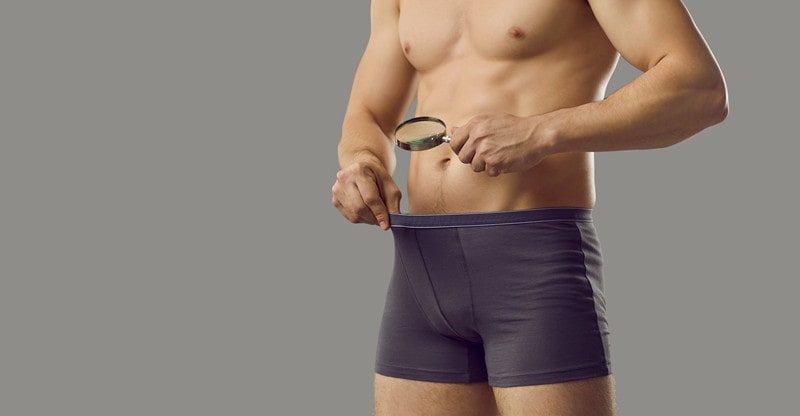 The skin is the largest organ in the body, and the skin on your private parts is not exempt from getting irritated and inflamed for various reasons. If at all, they’re more prone to skin conditions because of the warm conducive climate.

Because you don’t usually look and observe your privates, many guys overlook this matter and only realize the problem once it’s progressed. And aside from not looking down, some guys have this notion that it’s not something that will happen to them. Thus, they get the surprise of their lives when diagnosed with a penile skin condition.

Lastly, going to a doctor to show the problem makes them feel very uncomfortable that they’d rather ignore it. The condition might destroy their relationship, damage their self-confidence and self-esteem, and they might feel depressed about it.

The Preventive Role Of Circumcision

The most common inflammatory penile skin condition is balanitis. However, according to a study published in the National Library of Medicine, there’s a 68% chance of low prevalence of the disease if the male is circumcised.

Moreover, uncircumcised men could cause problems such as the possibility of accumulation of yeast and other microorganisms under the foreskin, resulting in infection. Although topical anti-fungal creams might work, the problem may exacerbate, especially if the patient is immunocompromised and diabetic.

What’s alarming is that there’s a 3.8-fold increase in the risk of penile cancer if the situation is not addressed. Although penile cancer is rare in North America and Europe, it has a very high morbidity rate and is considered challenging and cost-burden to the health system. Experts believe that the definitive treatment is circumcision, which would be best performed early in infancy.

If you observe something unusual on your penis, like a growth or a bump, it would be best to consult a urologist or a dermatologist if it’s skin-related. Don’t immediately panic. Instead, look at them carefully and compare them to what they say of Tyson bumps. You might be worrying about something that shouldn’t be a cause of worry, like a pearly penile papule.

Read on to give you a better idea of the different penile skin conditions.

Pearly penile papules are tiny rows of skin-colored bumps that form on the head of the penis, which is harmless and quite common. PPP is not painful, itchy, or contagious and mostly puts a dent in a guy’s self-esteem. Treating this condition is relatively easy; you can even do it at home using a special kit.

Uncircumcised middle-aged men are usually more prone to this condition. It’s the inflammation of the head of the penis called the glans penis because of the trapped droplets of urine, soap particles, and other nasty stuff that could go there. The condition is called such because the Greek word ‘balanos’ means acorn, and it’s compared to the appearance of acorns since the patches are very well-defined.

The condition is not hereditary and contagious, just very itchy and uncomfortable. Prevention is good hygiene and using a mild cleanser instead of soap. The condition is very treatable, but the removal of the foreskin may be needed. This may result in visible scarring at this stage in one’s life.

This itchy condition causes the penis and surrounding areas to become dry, discolored, bumpy, and inflamed. It typically occurs if you have a family history of eczema, asthma, hay fever, or environmental allergies. When you scratch it, or it becomes friction with your clothes, the skin may develop bumps, dry out and thicken. At times, it can also leak a white fluid, which could signify infection.

Besides genetics and the environment, stress may also be a reason for this condition. Though eczema might not be painful, if you scratch the skin on your penis, you might develop an uncomfortable rash. To prevent this from occurring, you need to determine what you’re allergic to and avoid them. You may also want to reduce the stressors in your life and stay calm and centered on preventing flare-ups.

When the skin gets unusually thin and fragile that it causes painful sexual intercourse, you might have lichen sclerosus. The cause for this condition is still unknown, but experts suspect it could be due to an overactive immune system, your genes, and previous skin damage. This condition may progress to squamous cell carcinoma if not dealt with appropriately.

Most people acquire genital warts from unprotected sex. It is one of the most common forms of sexually transmitted infection (STI), mainly from the low-risk strains of the human papillomavirus (HPV), specifically HPV 6 and 11. You may notice these as soft growths around the glans penis and other areas of the privates, including the anus.

Warts may be singular or form into clusters like cauliflower and looks smooth, but feels bumpy. You can manage the uncomfortable symptoms of genital warts, but unfortunately, they will consider your body their home. You may transmit it to others even if you don’t have noticeable symptoms. You can visibly tell if the warts are gone, but the presence of HPV in your body might be difficult to detect. That said, you may experience outbreaks throughout your life.

Male genital skin conditions may affect your life significantly, or they won’t. The best way to prevent this is through good hygiene, protected sex, and circumcision. If you notice anything unusual on your privates, it’s best to deal with it soon and avoid procrastinating. Who knows, it might just be a benign growth that can be easily removed and treated like a PPP.