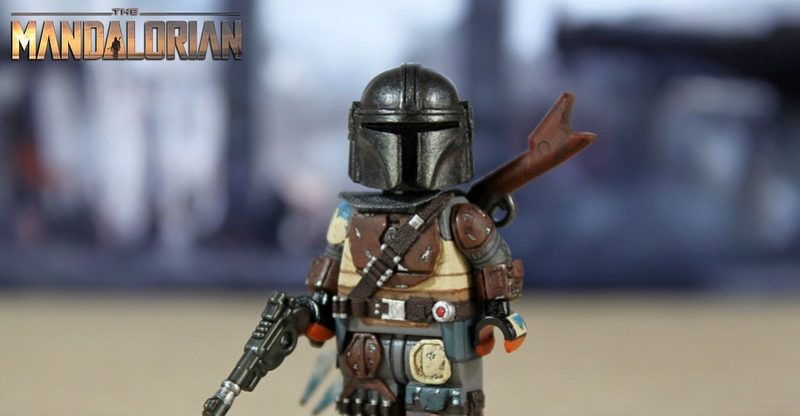 Disney’s “Star Wars: The Mandalorian” has a straightforward plot. Hardened and cynical bounty hunter abducts cute child and delivers, per the directive of a client. After fulfilling his job, the bounty hunter has second thoughts, goes back to reclaim the adorable little guy, then makes it his mission to protect him, whatever the cost.

The series is a hit with audiences and critics alike, but there’s more here than meets the eye. Beyond the obvious entertainment value, the adventures of Mando, the child (aka “Baby Yoda”), and the individuals they meet along the way can teach us many things about business.

Here are seven marketing lessons you can learn from “Star Wars: The Mandalorian.”

1. Devise and promote a recognizable brand

You don’t need a Disney-sized budget to position yourself as a market leader, but you do need a way to stand out. Consider the uniqueness of the Mandalorian’s helmet and beskar armor. It’s instantly recognizable all over the galaxy — even those who have never met a Mandalorian know who they are, based on their attire.

Developing a recognizable brand trademark and then investing in some cool swag to promote it is a great way to mimic this example and start getting your name out there.

2. Focus on substance over appearance

Mandalorians never show their faces to another living being (except possibly a droid). This philosophy isn’t a bad one: If you let your surroundings become too cluttered, it creates an unprofessional appearance that can distract you — and potentially your clients — from your primary mission.

The Mandalorians’ uncluttered lifestyle makes it easy for them to stay focused on their core missions. Take a page from their playbook and streamline your physical space. If it turns out to be a bigger job than you thought, then consider even renting a dumpster to get rid of anything unnecessary in your workspace.

3. Be part of something bigger

Think about this: Millennials and Gen Z are becoming the nation’s biggest spenders, while Baby Boomers have been reducing their discretionary spending. In fact, Gen Z’ers in the 16-21 age bracket are already spending approximately $143 billion (yes, billion!) a year. So if you want your business to remain viable with these potential buyers in the future, you’ll need to set goals that stretch beyond making a profit.

A great way to do this is to position your company to promote social and environmental issues,  since these younger generations pay attention to companies looking to do good in the world. Millennials and Gen Z’ers are highly motivated by altruistic motives and are more inclined to buy from those pursuing noble missions.

In that vein, consider how Mando (eventually revealed to be a man named Din Djarin) stayed true to his people’s core tenets, which include taking care of “foundlings” as their own. In one of the episodes, he recalled how he was once a foundling, too, and was saved by other Mandalorians because “This is the Way.”

While it’s true that Mandalorians are bounty hunters, they pursue their work under a specific ethical code. Take a cue from them and make it clear that you’re honorable when it comes to paying invoices and debts in a timely fashion.

Your company’s mission and goals don’t have to be as rigid as the Mandalorian code, but everyone should follow a code of honor. Positioning your company as an ethical one matters, and that includes your financial standing.

If you’re operating in the red or with a bad credit rating, you’ll want to clean this up to demonstrate to your vendors, suppliers, and partners, and the overall business community that you operate from a place of good character.

5. Don’t be afraid to seek help

Everyone needs a helping hand sometimes. If you’re struggling in any aspect of running your company, seek out a mentor or other expert to help you get back on track. Even the mighty Mando, who is highly suspicious by nature of those not a part of his own clan, asked for help from people like Kuiil and Cara Dune.

Mando also acknowledged when Baby Yoda’s use of the Force helped save him from a big, angry Mudhorn. This incredible level of assistance was totally unsolicited and a welcome surprise. If not for the child’s use of the Force, Mando would have been a goner for sure.

The lesson here is to be open to asking for and accepting help — or even listening to constructive criticism. The results might mean the difference between marketing success and failure.

In any type of business, as in life, you never want to become complacent. Statistically speaking, businesses unprepared for change suffer in the long term. Our friend Mando recognized the value of this tenet; though he had been a bounty hunter for years, he gave up this profitable venture to help Baby Yoda.He saw the problems associated with the remnants of the old Empire trying to rise, so he upended his life, changing his priorities when the time came.

Bottom line: Be agile and willing to change with the times. As technology progresses, marketing techniques will continue to see rapid change. If you are change-averse, you’re almost certainly going to struggle to survive in the future. Do your research, look ahead, and be ready to pivot to another direction at any given moment.

7. Focus on your core audience

You can’t please everyone, so focus on your primary audience. Mando knew he was putting himself at odds with The Bounty Hunters’ Guild, the Stormtroopers, and even his fellow Mandalorians, but he did what he thought was right, anyway. He knew what those loyal to the old Empire weren’t the people who he should be serving, so he focused on who and what he deemed to be most important.

Similarly, in business, your core audience should be your priority. You’ll never gain favor with all demographics, so put your efforts toward those who care about your products or services, and who remain loyal to your brand.

While “The Mandalorian” appears on the surface to be your basic “bad guy turns do-gooder” plot, it’s also a whole lot more. The latest Star Wars series contains wisdom that resonates throughout the galaxy right down to our Earth, including the business world.

This is a guest post by Jessica Larson, SolopreneurJournal.com