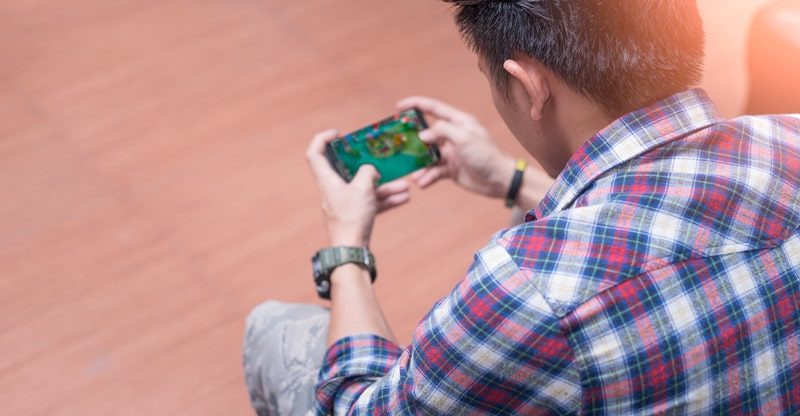 Mobile gaming is very popular – especially with the younger generations, and it has a unique way of serving a truly enthralling experience. Not only do players get to enjoy the overall action or suspense — depending on the game, but they are also able to access these features on smaller, more portable screens.

Just as it is with roulette online and other mobile casino games, the portability, ease of access, and impressive graphics that mobile versions of games offer make them a great fit for many people. Yet, out of these many titles out there, each differs in quality, and gamers prefer some to others.

As a gamer who places a huge emphasis on the quality of gameplay, some titles are more appealing. This article will look at the best mobile games with the most impressive gameplay you can go for in the current market if that’s what you are looking for.

Clash of Clans (CoC) is one of the best strategy games. With more than 500+ million downloads, it encompasses tons of fun on one small screen. In Clash of Clans, you get to manage a small village with resources, an army, a town hall, and some heroes. You must upgrade all of these until they’re at best for that Town Hall level. That way, you will be able to give the best attacks.

Also, for each new Town Hall level, you will have some new weapons and walls, which you’re to upgrade until they are maxed out for that TH level. By doing so, you can stand against attacks from looters, therefore, protecting your resources from being stolen and your village from being attacked.

With thousands of RPGs on the internet, Marvel Strike Force stands out from the crowd with its unique mobile gaming version available on both iPhones and Android devices.

The Marvel Strike Force mobile game incorporates a huge collection of all Marvel’s heroes, and their villains aren’t left out either. These two can be divided into various parties to battle against each other.

Another amazing thing about the game is that you also have several different battle modes.

Plants vs. Zombies is another game on this list that you should try today. It combines many impressive features by which Plants go head-on against zombies.

Many plants are arranged in ascending order of their strengths in battling the zombies. It’s noteworthy to state that, since its inception, Plants vs. Zombies has climbed the rank and stayed up for over six years.

Also, users get promoted for having several trophies, and there they can fight against other opponents and receive tons of rewards. If you haven’t tasted this fun yet, you should probably head to Google Play Store to download it.

This is one of the best first-person shooter (fps) action games on our list. PUBG mobile is a battle game where users get to battle live against other players over the internet. The main objective is to wipe out all your opponents. Interestingly, PUBG Mobile offers a similar experience as the desktop version — but in a more portable way.

While this game is recommended for smartphones with amazing framerates, it can work on most Androids and iPhones. While PUBG is one of our best games here, we must warn you that it’s quite obsessive. So, battle with caution, soldier.

Dragon Ball Legend is the official and licensed game for the real Dragon Ball Z. It encompasses several amazing tricks, features, and very clear visuals. Notably, Dragon Ball Legends is a very close similitude of the anime, and if you’ve been a fan of Dragon Ball Z, you’d know how much fun to expect.

It comes with your best heroes and villains, making it a quite competitive game for you. You get to place your opponents in different teams, as this will toughen things up but spice up the whole gaming experience for you. When battling, you can shoot ki blasts at your opponents and even a combined-ki blast when playing the team-based mode – Rising Rush.

The most recent game on our list today is the Apex Legend Mobile, which was released in 2022 and spiraled to the top, making it to this league of top games with great gameplay. Similar to PUBG and Fortnite, Apex Legends emerged with some of the most impressive features of any of its kind.

Its battle mode incorporates 60 players spread across 20 squads. In addition, the game has a ranked variant and a deathmatch gaming mode. While playing and progressing, the users unlock new and stronger legends. If you’re an action fan, you shouldn’t overlook this.

We can’t compile this list without including Genshin Impact. Genshin Impact stands out as one of the best RPGs on the internet today. It comes with some amazing graphics and mind-blowing gameplay. It appears similar to Zelda, but the game has many more features and fewer restrictions.

Genshin has a party system where you can summon some new characters via a gacha system. Also, apart from boasting a great mobile version, the game is available for PC and PlayStation downloads, so you can also play it there.

Elvenar is a new strategy game that sets the whole fun in motion as it goes. It is free for all users. Like Clash of Clans, Elvenar provides a great experience accessing a city-building and strategy game packed into a small screen.

The fantasy game allows you to build several beautiful cities, which you must ensure to transform into a beauteous fantasy aesthetic. You have three key purposes. The first task is to complete a limitless supply of quests. Alternatively, you can still invest time researching, as it will enable you to develop your cities. Lastly, you can expand your horizon worldwide by exploring and building several other beautiful cities.

There are several mobile games with great gameplay out there, but the 9 games listed above are the best available in the current market. They offer the most enticing gameplays, have the best quality graphics, and boast the best interface of any mobile game in 2022.