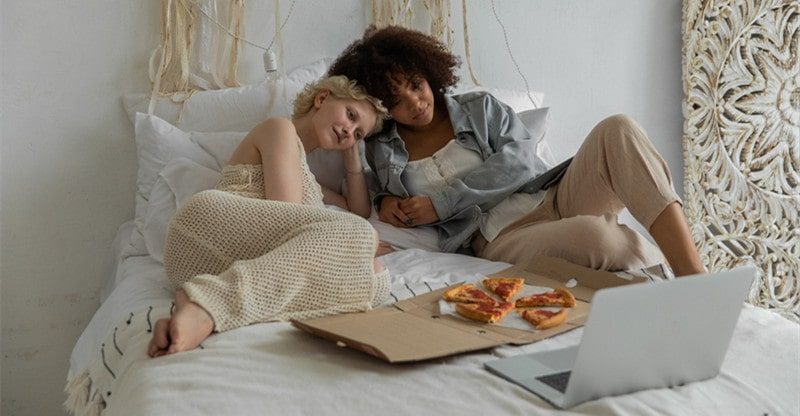 Mental Health is still a pretty taboo topic in current times. There are numerous ignorant beings out there who openly disregard this matter, resulting in many individuals not getting the right to get themselves into therapy or any treatments that will result in better mental health and overall better life quality.

Among numerous awareness campaigns, cinema has played a vital role in acting as a source of education for all the people who have been struggling to voice their concerns or have been dealing with similar symptoms but unable to categorize them under the proper mental illness.

Even clueless family members who struggle to handle their loved ones due to their conditions get to learn a lot through various movies that highlight the issue. And let me tell you one thing, it is not easy for actors to play out those roles, which makes it even more challenging to pull it all off accurately.

It is an overall sensitive topic, and most of the time, the movies made on these specific events end up becoming tear-jerkers and incredibly emotional to handle. So, unfortunately, if you are also one of those people who struggle hard to get the help you need and require answers, there are various movies out there on Netflix that will answer your questions regarding various mental health issues.

All the Bright Places

When two mentally struggling individuals, Theo and Violet, fall for each other, we may think of it as their way of coping up from their loss and getting on with life with each other’s support. The kind of support they need where the other person actually gets you and understands your dilemmas pretty well as you go through them.

When Bradley Cooper, Jennifer Lawrence, and Robert De Niro star in a movie together, you would know that it would be a mega-hit for sure. But what we did not know is that it would also be one of the best movies of its time. A breathtaking performance by a mentally disturned widow, a guy with bipolar disorder, and a father with extreme levels of OCD.

Silver Linings Playbook is definitely an emotional movie with a ton of drama and a stellar performance by all the stars. You can watch the movie online on Netflix from anywhere, thankfully, as NordVPN does work with Netflix, and you won’t face any geo-restriction error.

The Perks of Being a Wall-Flower

Based on Stephen Chbosky’s novel about an introverted teenager Charlie who is about to begin his HighSchool but struggles deeply with people and making friends in general. Topping it off is his clinical depression which became worse when his best friend committed suicide prior to the beginning of the school year.

There he meets Sam (Emma Watson) and her group of friends who accept Charlie for who he is, but everyone has their fair share of drama which may become too hard for Charlie to handle, but also bring out the core reason behind his own trauma.

When an unexpected interaction results in mutual attraction and love, but personal trauma and grief sets them apart, and just when things are beginning to set back in place, tragedy strikes. A heart-wrenching tragedy that will leave you in the dark for long.

Remember Me will definitely make you cry and make you miss the love you never had. And let us not even get to the ending; that was an extremely unexpected turn.

How will a young man cope up with the complete responsibility of his family; a dead father, taking care of his mentally challenged teenage brother (Leonardo DiCaprio), wanting to be with the girl he loves, and a morbidly obese mother?

That is a lot for Gilbert (Johnny Depp) to handle, and it may break him soon if he doesn’t find an escape soon. One of DiCaprio’s finest performances resulted in him getting an Oscar for the best supporting actor.

After 6 years of togetherness, you would expect the love of two young individuals to flourish. But things take a different route when both of them move apart for work but struggle to maintain the bond.

A story of heartbreak, and struggles of moving away, there is a lot to take in, and it may hit the right spots in the memory lane because we all have been through young love and heartbreak at least once in our lives.