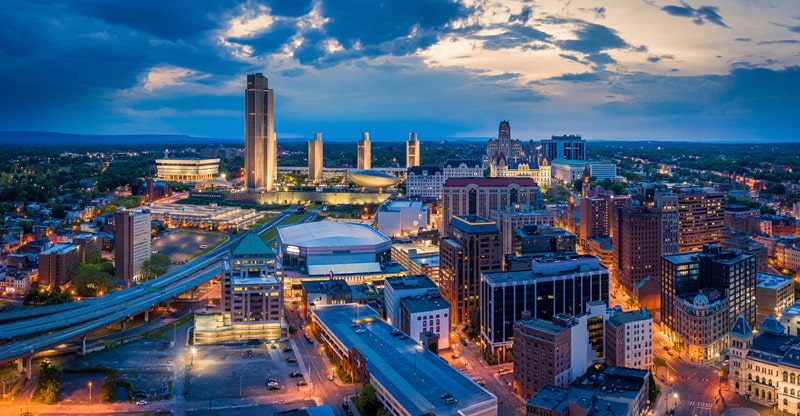 The capital of New York state is teeming with opportunities for students, artists, young families, and hopeful job seekers. It’s known to be one of the best cities for higher education, and is a central figure in politics and government of the region.

This bustling city in Upstate New York has managed to maintain its small-town ambience, while still attracting major companies and big city residents. If you’ve chosen to become a new inhabitant of Albany, then there are a few key social, cultural, and economic cultural aspects you should be aware of to give you an understanding of what to expect.

Here are four things you should know before moving to Albany, NY:

While Albany may have a 9% higher cost of living than other cities in the country, it still has an affordable housing market when compared to New York City. Many homes are comprised of single-family units with prices that cater to the city’s median average household income, and higher for the more affluent neighborhoods. The real estate market is also thriving in Albany as many homes are bought faster than average times. Some homes are even bought off within two weeks of selling.

One very clear advantage of renting or owning a home in the area is that Albany is abundantly serviced by repair companies for plumbing, electrical appliances, and all sorts of home repairs one would need.

Additionally, when compared to the rest of Upstate New York, Albany housing prices can be as low as 40% less than the state average. This is what has made it possible for many renting students to live in the area instead of communing from other towns.

The small-town vibe that Albany retains hasn’t stopped it from being a major center for live music and the performing arts. There are museums, galleries, theatres, live music halls, and poetry and writers’ venues. You don’t only need to travel to New York City’s famous Broadway to witness world-class theatrical stage productions.

The best time of the year to get a feeling of Albany’s live music and entertainment scene is during the summer. Here, you can expect to enjoy vibrant music festivals and live shows that take place in public spaces outdoors. There are also ballet performances, the Albany Symphony Orchestra, and theatre productions to look forward to in any season.

3. It Has A Variety Of Transport And Travel Options

The geography and situation of Albany have made it a top attraction for transport, travel, and leisure for both residents and visitors. There’s an electric bus system that you can use for commuting around the city, as well as bus tours that take you to nature reserves, parks, and hiking trails. The electric scooter and bicycles are up for hire to use on bicycle lanes.

You can also take the train to popular tourist places, such as Niagara Falls. Another added bonus is that Albany is considered to be a walkable city with many downtown neighborhoods containing close-proximity shopping and dining areas. There are also plenty of mixed-use districts that include commercial, residential, and educational properties.

4. Albany Is A Big College Town

Although Albany is considered a small town by residents who’ve nicknamed it ‘Smallbany,’ the capital district makes up a larger college town. There are numerous higher educational institutions, such as universities and some of the best colleges dotting the city, that offer various degree programs. Due to this, some of the neighborhoods are made up of student residences, dormitories, and housing units.

One of the most notable public institutions is The State University Of New York at Albany, which is also referred to as SUNY or University at Albany. With half a million students enrolled and serval campuses dotting the state, it’s considered one of the most all-inclusive educational facilities in the country. Many locals are avid supporters of the college sports teams in the area, with hockey being a fan favorite.

Moving to Albany, NY, is a perfect choice if you’re looking to live in a city with more affordable housing, while still being close to big metros. It’s also ideal for students to get access to some of the best higher learning institutions as it’s recognized as a university town.

Additionally, Albany has its own bustling arts scene as live music and performing arts are important cultural features of the city. The best way to get the most of your move is to fully immerse yourself with what the city has to offer and find a community that’ll eventually make you feel at home.