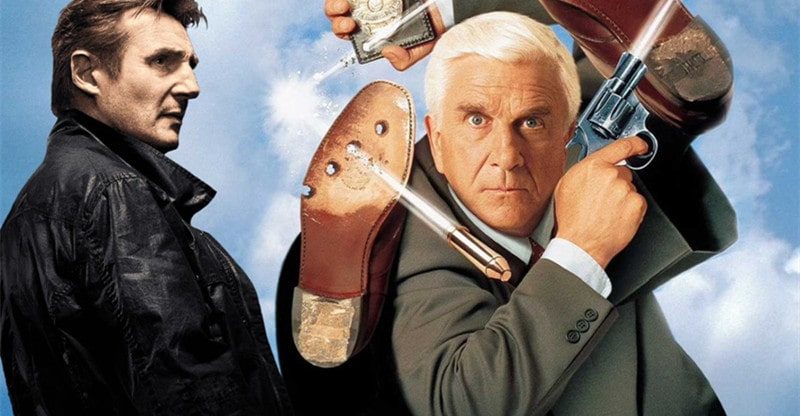 Hollywood is obsessed with making reboots of hit movies of yesteryear, with some titles enjoying greater success than others. For instance, the recent remake of Jane Austen’s novel Emma was a flop with only $26 million grossed worldwide, but the new Dune offering has been massively successful and has earned over $400 million.

Reports are saying that The Naked Gun franchise is likely to be reset soon, and the fact that the brand is still present in the form of a slot game suggests that it could be a hit.

Developers of casino slots often turn to other areas of popular culture for ideas, with many games made after blockbuster films. The Naked Gun may have first hit screens in 1988, but the franchise lives on in the form of a slot game from Blueprint Gaming that features the legendary pink lettering from the films. It will instantly stand out to older players who are in search of a nostalgia fix when they spin the reels.

The fact that this game is one of the main draws on slots pages indicates that there could be a huge audience ready and waiting for the new movie reboot. Slots are a huge part of the modern franchising model, and frequently prove to be an excellent marketing tool for film production companies.

Seth MacFarlane has been desperate to make a reboot of The Naked Gun, and he is going to get his wish. Paramount Pictures confirmed in 2021 that the 48-year-old will be further developing a script that was started by David Zucker and Pat Proft. Initially, it was expected that Ed Helms would be cast in the role of Frank Drebin, but it appears that MacFarlane has another preference for lead.

MacFarlane worked with Liam Neeson on A Million Ways to Die in the West in 2014, and the filmmaker has expressed a keen interest in linking up with the Northern Irishman for this picture. The actor, who is traditionally associated with action roles, has said if he takes the part it could push his career in a brand-new direction. He has rarely taken on comic roles in the past, although he has made cameo appearances in shows such as Life’s Too Short. Maybe this film could give his career a new lease of life.

There have been artistic differences about the direction the reboot should go in, with some writers suggesting that a sequel would be a better way to pay homage to the late Leslie Nielsen. This is because it will be hard to replace the comic actor, who put in such a memorable performance in the role. If the reboot goes down this route, it could follow the path of Drebin’s successor.

It’s safe to say that the reboot of The Naked Gun won’t be the last revival of a classic from decades ago. Filmmakers may look to the slots market and other sectors of the gaming industry to see what’s still popular, and then seek to remake those movies.