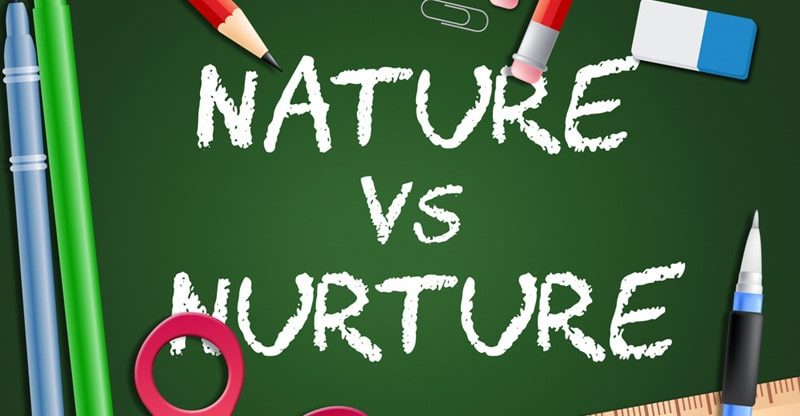 The battle of nature vs nurture in education rages on among educationalists, with many studies often favoring the former. But the fact remains that both elements play a crucial role in shaping a child’s mind. What does nature vs nurture mean? What are their roles in a student’s performance? This article provides you with the answers and more.

What is Nature and Nurture Theory?

What does nature vs nurture mean? There are a lot of articles, research papers, essays and educational materials that explain this topic. But the interesting thing is that the discussion around the nature vs nurture debate is strong even among students who study biology, psychology, and child development. Looking at any student’s nature vs nurture essay outline, we can see that there are no final answers for what has the main influence on a person’s development. Every free essay you can find on the topic has polarising answers.

The nature sociology definition refers to inherited traits in humans. This term describes genetic influences that dictate basic functions such as talking and standing, and complex ones such as intelligence, physical attributes, and psychological behavior.

In the nature vs nurture debate, advocates of the former believe that your genetics are responsible for your behavioral choices. They assume that an individual already has a predefined set of personality attributes and traits before they’re born.

Nurture refers to the idea that the environment plays a role in developing a person’s mind. Elements such as experiences, culture, family, peers, the media, physical surroundings, and more belong to this category. They influence a person’s behavior, well-being, and social-emotional skills.

The nurture principle believes that your surrounding cultural environment and who you are born with are more influential on your lifestyle. The concept poses that it thumps anything your genes or inherited traits can bring to the table.

Impacts of Nature and Nurture on Education

Despite the domineering argument being nature vs nurture in education, both elements contribute to a child’s academic development. It’s impossible to neglect the effects of the former as a student would inexplicably inherit certain traits that influence their learning. Individuals can have a strong affinity for certain subjects but lack the zeal or perform poorly due to their genetics.

Children who are naturally gifted with high intelligence will perform better than their peers irrespective of environmental factors. Their genetic traits such as intelligence and temperament are the primary factors behind their educational triumph. Environmental factors such as family background, quality of teaching, parenting style, and others only play a small role in academic success.

Genetic makeup is often responsible for certain psychological traits such as self-confidence and shyness. An inherently shy student will tend to be evasive, avoiding taking part in most class activities. They might perform well in written tests such as argumentative or persuasive papers, but find oral exams or debates challenging.

In contrast, students with high self-confidence would be active, outspoken, and eager to participate in such exercises. The first group often fails to take advantage of a teacher-student relationship, with many shy students failing to ask questions or seek assistance when they need it.

Individuals react to different scenarios of life in different ways. Research activities in this area are going non-stop. As many essays about psychology will point out, many nurturing factors can influence your primary response to certain experiences. Environmental elements such as the media, family, the internet, and more can alter a person’s psychological behavior.

Nature makes you susceptible to certain traits meaning it isn’t 100% guaranteed that you’d exhibit this characteristic always. It’s possible to modify behavior as it’s not a rigid rule that you must act that way. Nurturing can modify your behavior and override your instincts. In the scenario where shy students aren’t assertive, their family and environment can influence them to become more outspoken and outgoing.

The pendulum can also swing the other way, with environmental factors negatively drowning out a student’s inherited traits. Poor teaching methods, a low social background can hamper an individual’s development. In such a scenario, a student can’t access their full potential, but would still outperform their peers in a similar position due to their genetic edge.

Nature is the dominating factor in the battle of nature vs nurture in education. Your genetic makeup greatly influences your academic potential, but your environment can influence these inherited traits. It’s safe to say both play an essential role in shaping a child’s development, as the final individual is a sum of these two factors.