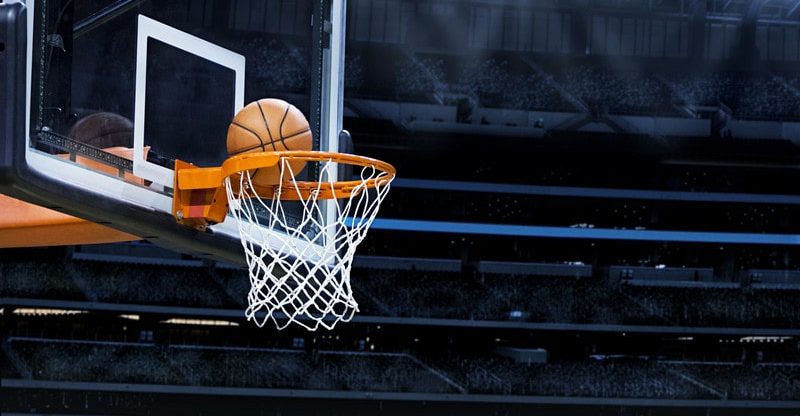 Basketball is one of the most exciting sports in the world. How do you translate that to a coach and controller? Enter Midways NBA Jam, which managed to bring all the excitement of the real game to the comfort of your living room.

The NBA Jam arcade game series launched in 1993 on various different consoles of the era and became an instant success.

For many people though, myself included the thing that really made NBA Jam so special was the commentary from Tim Kitzrow. Kitzrow brought the game to life in ways that few other people could have done. His larger than life commentary and hilarious putdowns made the game an instant classic.

The NBA Jam series may be on hiatus at the moment but it will continue to live on through some of its hilarious and surprisingly motivating quotes. Here is a list of the fifty-four best NBA Jam quotes to motivate you both on and off the court. Boomshakalaka!

54 NBA Jam Quotes to Motivate You

1: He just got his dunkin degree from dunkin on you

2: Hey come on, the rim has feelings too

10: Board, boards, boards, hit those boards!

13: King James is cooking like a texas barbeque right now!

14: This is my house and I did not invite you

15: You know how the song goes, don’t you just need somebody to shove!

18: He just put the boom in the shakalaka

19: From Downtown! (When scoring a basket from long distance)

20: Somebody get the baking soda!…Or is it baking powder – I can’t remember! What do you throw on someone who’s on fire?!

23: Swish! (Said when taking the basketball around someone)

25: He’s a member of the Tea Party. The Thunder Dunk party!

26: The donut shop called, they want their dunkin back!

27: Call me banana peel, cus I just made you fall.

32: That’s an air ball. And your fly’s open too. And you have something hanging outta your nose.

33: We are back with high flyin, rim rockin, posterizin, backboard shatterin, nylon burnin, slamma jammas! Is this the year where it has to be the shoes?’

35: On fire edition, chicks will dig you, or dudes, whatever gender you’re into these days

38: Since when is a goaltending call made by a ‘wah-wah’ noise? Where’s the ref?! What? We have no ref in this game? That’s great. Real professional.

39: You bring the peanut butter, I’ll bring the Jam!

40: Not cool dude, you just shot blocked me.

41: He sent that back air mail special.

42: What’s got four eyes and can’t see properly? I’ll let you work that one out.

51: He’s going to need surgery for those ankles.

52: He’s got nothing but butter fingers

Few video games have managed to become as eminently quotable as NBA Jam. Tim Kitzrow’s legendary commentary is iconic, inspiring both laughter and motivation in all of those who have been lucky enough to have played the series.

The series was briefly revived in the 2000’s on some newer consoles. The NBA Jam fire series on the Xbox and Playstation recaptured the hilarious spirit of the original and introduced a whole new generation to the inspired and often brilliant commentary. There were even some competitions held to encourage players to enter some of their own quotes.

Above all else though, the NBA Jam series and the quotes given to us by the commentary are a reminder of just how much fun basketball is. Next time you’re on the court with your friends, be sure to shout out some of these brilliant quotes.

The NBA Jam series may be gone for now, but its spirit continues to live on and its fans keep their fingers crossed for its triumphant return one day.