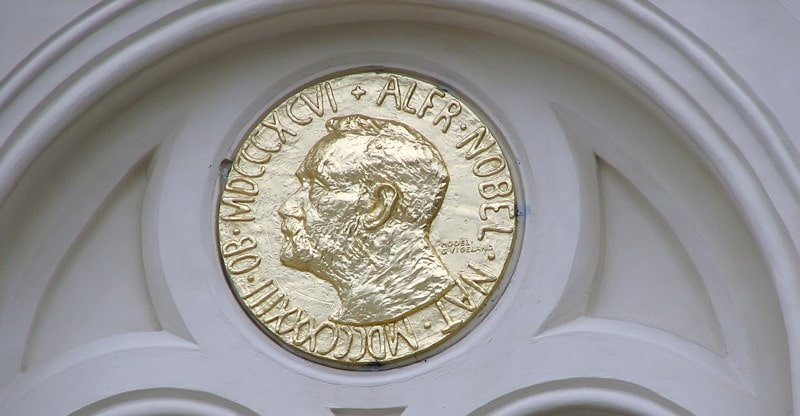 Greta Thunberg may not have won the Nobel Prize that many were predicting, but the 2019 winners list still included plenty of inspirational people.

The Peace Prize gets the most attention – and went to Ethiopian president Abiy Ahmed Ali – but we can also draw inspiration from the Physics Prize winners. James Peebles, Didier Queloz and Michel Mayor shared this prize and an interest in learning more about space and our planet’s place within it.

Indeed, throughout its history, the Nobel Prize has always honored inspiring people.

Few people nowadays have heard of these three scientists and most of us take our current knowledge of DNA very much for granted. However, it was the efforts of Francis Crick, James Watson and Maurice Wilkins that helped us to achieve that understanding as they discovered the molecular structure making up nucleic acids and how it sends information through living things. This won them the 1962 Physiology or Medicine award.

By way of contrast, 1964 Nobel Peace Prize winner Martin Luther King Jr is someone who continues to be widely celebrated to this day. The preacher and activist was perhaps the single biggest figure in the civil rights movement of the 1950s and 60s, traveling over 6 million miles to promote his message of racial equality and harmony.

Perhaps his single most inspirational contribution was the famous “I have a dream” speech that memorably summed up what the world should be like. It is impossible to argue that his work did not end up changing the world for the better, even if he did not live to see it.

A more recent inspirational winner of a Nobel Prize is Malala Yousafzai, who was awarded the Peace Prize five years ago for her work in fighting for the rights of children and girls in Pakistan to be educated and enjoy equal rights.

She has certainly endured hard experiences along the way, including displacement and an attempt on her life that left her needing months of hospital treatment. Today, she is studying at Oxford University in the UK and continues to be an advocate for the right of girls in the Middle East to receive education.

This physician from Denmark is another Nobel Prize winner who is now unjustly obscure outside of the scientific community. He won the Physics prize in 1922 for groundbreaking discoveries in the field of quantum theory and atomic structure, but even those of us who know next to nothing about these subjects can learn an important lesson from him.

In his speech, he spoke about the importance of making mistakes when trying to achieve something, and of learning from them. We all need to remember that sometimes.

There have been many Nobel winners that have things to teach us and that we can draw inspiration from, with these being just four examples. But they are a good four to start with.