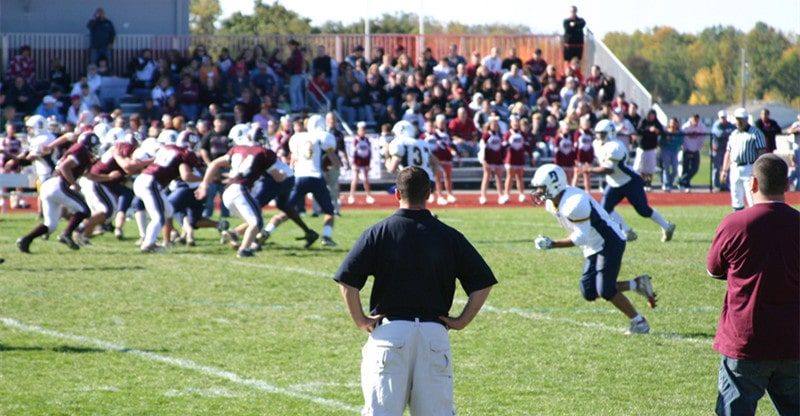 It has been another fantastic season in the NFL where we have seen some amazing plays on offense. Now the dust is settled, here is a look at who has been the Offensive Player of the Year.

In the NFL, the quarterback often takes most of the credit for a team’s offensive plays. Below are three players who play outside of that position and have been exceptional in the 2021/22 campaign.

Prior to the start of the 2021/22 season, LA Rams made a trade with the Detroit Lions, as reported by ESPN, for the services of Matthew Stafford. It was a costly one for the Rams. However, they felt the experienced QB would give them the best chance of winning the Super Bowl.

The player who has benefited the most from the arrival of Stafford is Cooper Kupp. Those two have created a fantastic partnership. The Rams wide receiver had 16 touchdowns, 145 receptions, and 1,947 receiving yards last season, all of which were career-high totals.

Kupp finished the campaign just 53 yards short of 2,000 receiving yards. He was over 300 yards ahead of the next best player in the NFL. The 28-year-old so often hurt the opposition with huge plays down the field.

In terms of individual value to a team, Kupp arguably had the biggest impact than any other offensive player in the league last season.

Running back Jonathan Taylor had an explosive opening season in the league as a rookie in 2020. He picked up where he left off last year. The Indianapolis Colts man led the NFL in rushing yards, finishing with an impressive 1,811 yards.

Taylor had 18 rushing touchdowns and two receiving touchdowns in his second year in the NFL. Although he is unlikely to be named the MVP, the fact his name has been in the same conversation as Aaron Rodgers and Tom Brady, says everything about his performances.

The Colts have been very inconsistent at quarterback over the last couple of seasons. They have been fortunate that their rushing game has been so strong thanks to the former second-round pick.

Last season’s NFL MVP Rodgers is likely to become just the second player in history to be named the league’s best player for the fourth time. The Green Bay Packers man, who is one of the leading sports professionals in the world, has once again been at his best behind center.

Although he does not have as many passing yards or touchdowns as Brady, Rodgers has rarely made a mistake in the 2021/22 campaign. He threw just four turnovers last year and ended the regular season with a quarterback rating of 111.9, as reported by Yahoo Sports.

Green Bay goes into the playoffs as the number one seed thanks to Rodgers. As of January 12th, they are the +350 favorites in the sports betting Betway odds for the Super Bowl at the Sofi Stadium. If the 38-year-old can lift his second Vince Lombardi Trophy, it will cap off the perfect season for him.

One of the most versatile offensive players last season in the NFL was Deebo Samuel. The 49ers player was used as both a wide receiver and a running back. The second-round pick from the 2019 NFL Draft had success in both positions, as he finished with eight rushing touchdowns and six receiving touchdowns.

It was a big comeback year for the 49ers player. He featured just seven times in 2020 due to injuries. Fortunately for the San Francisco star, his health and fitness, were much better last season, which meant he was able to play in all 16 of his team’s regular-season games.

Samuel’s eight rushing touchdowns are the most by a receiver in NFL history. It is likely that the franchise will use him more in that position in the playoffs and in the 2022/23 campaign, as he proved to be a big playmaker.

The 49ers are likely to make a contract extension for Samuel as one of their priorities in the offseason. He has been one of the most effective and durable offensive players in the league.

Three of the above four players are involved in the playoffs this season and they will be hoping it ends with the Vince Lombardi Trophy for their team on February 13. They will also be in contention for a number of the awards at the NFL Honors the evening before the Super Bowl.