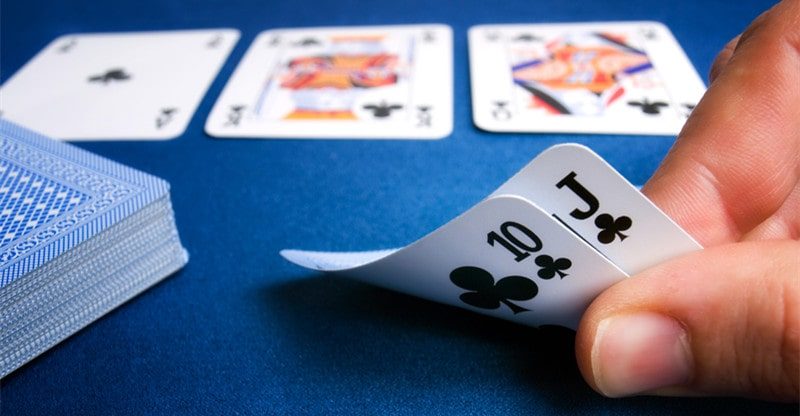 For many casino gamers, slot machines are the first thing that comes to mind when picturing the inside of a casino because slot machines take up the most room. When it comes to casino games though, there are many additional possibilities. Let’s begin by looking at some of the most popular card games with a brief guide on how to play for beginners.

Blackjack is the most popular card game. Almost everyone has either played or watched blackjack, but if you need a reminder, here’s a quick explanation of how to play. Each player is dealt two cards, with the dealer receiving one face up and one face down.

After that, each player chooses whether to stay put, draw another card or cards (hit), split, double down or surrender (where available). The dealer flips their card over and completes his or her hand once all of the players have either busted (exceeded a total of 21) or stood. The idea is to get a higher score than the dealer without going over 21.

Baccarat is a high-stakes casino card game played in casinos all over the world. When playing Baccarat, you must choose between betting on the banker, the player or a tie. After you place your stake, the rest of the action is carried out according to very tight rules, making this one of the most straightforward casino card games to play.

The goal is for the hand on which you bet to have a bigger total than the other hand or for the two hands to tie if you bet on a tie. Any digits in the ten’s column are eliminated, thus scores only go up to nine. A hand containing a 10 and an 8 will, for example, score as an 8, not an 18. A hand with an ace and a 6 has a total value of 7.

In the event of a tie, you have the option to fold and receive half of your bet back, or you can increase your bet and go to battle. The player and the dealer each receive four down cards and then a face-up card in the war round. The face-up card with the highest value wins. You lose your entire wager if the dealer wins. If you win, you will receive even money on half of your bet and a push on the other half.

Texas Hold’em is the most popular poker game, and tournaments are frequently broadcast on television. The game begins with two players placing blind bets, which are modest forced bets. Each player is dealt two hole cards (these are face-down cards that are hidden from view), after which there is a betting round.

Card games are getting increasingly popular around the world. The emergence and expansion of mobile gaming, which provided the genre with a firm kick, was the primary cause of card games’ increased popularity. Various forms of card games, ranging from poker to rummy, may now be played quickly by almost anyone interested in them.

The popularity of card games amongst the internet community is unsurprising. Players seek convenience and accessibility, and why travel to a casino when you can play blackjack against the dealer from the comfort of your own home? Many players have chosen to play from home since it is far more accessible and, perhaps, more convenient.

One of the factors that make some card games more fascinating is that, unlike other dice games, they are not entirely based on chance, but there is no fast hack as in other areas of life. However, unlike a chess game, they do not rely much on your mental ability. Card games, in truth, frequently retain an excellent mix of skill and chance, which makes them so attractive.

Every card game has its unique charm, although some are more appealing than others. Card game players are usually fierce competitors, as evidenced by the fact that blackjack and online poker are the most popular games played online today. Both games are challenging and necessitate a reasonable level of skill and the ability to calculate odds fast.

Card games have been around for years and still remain in this fast-paced, technological world we live in. The truth is the industry is getting more prominent, and more and more players are getting involved these days. So, why don’t you join them?