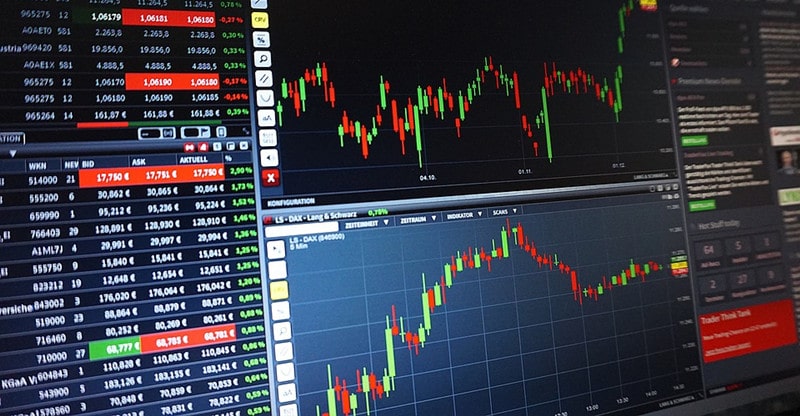 Forex may seem like a complicated and alien concept if you look at with an unfamiliar eye. Yes, perfecting Forex trading is a very hard feat that requires dedication and in-depth experience, but the Forex trading system has its roots in Babylonian history, going back thousands of years. Before our sophisticated modes of economy, people used to trade goods with each other.

The metal age facilitated shaping this process into what it has become today. Gold and silver were considered valuable items that became default units or modes of transaction. Up until the year 1947, gold was exclusively the means of international payment. In later years, the Bretton Woods Agreement concluded that the U.S dollar should be fixed at a rate per ounce of gold. This agreement was mainly put in place to provide citizens around the world with economical reliability and avoid the destabilization of currencies.

The agreement broke down in 1971, due to conflicts between the promise of convertibility to gold and the economic policies of the U.S. This was when the modern Forex market was born. By switching exchange rates determinant to the supply and demand of the market, the Forex market became a revolution of its time. It was quite hard at first, but once it settled, thanks to the use of technology and other innovative theories, it became much easier.

Internet-based Forex trading platforms were introduced in later decades, allowing small traders and individuals to use retail Forex brokers to permit the trade of small-sized transactions. The Forex world is still expanding, and it seems opportunities grow bigger with each day.

Here are some of the 5 greatest opportunities you can take advantage of.

The foreign exchange market is undoubtedly the largest in the world, and it’s continuously growing in unmatched momentum. The forex market is the main indicator of the situation and activity of the global economic trade volume. Expert trainers at Forex Trading Online believe that the liquidity factor makes positioning trades both easy and convenient.

The amount of money being traded daily is usually between 4 to 5 trillion dollars, which is equivalent to the reserves of many countries. If you break it down, you’ll find that every hour, more than $200 billion is traded globally, which is about $50 million per second. This spells great opportunity, thanks to the potential provided with no roof to the amount an individual or a corporation can trade. Thanks to technology and retail brokers, the minimum is almost non-existent, and anyone can get in on the action, due to its international accessibility.

Thanks to the financial enormity of the Forex market, the possibilities are endless. The amount of liquidity offered by such a market widely reduces the amount of waiting time, especially when you compare it to the traditional trading conditions. The online factor makes buying and selling of large or small volumes of currency as easy as clicking a button.

Since there are millions in the market for trading, someone will always be willing to complete the transaction with you. A lot of companies are developing algorithms that help automate the buying and selling process by following certain trends and preset rules. While there is some variation between peak trading times and quiet times, you’ll always find the right time to trade with ease, especially with popular currencies.

The Forex market is available for 24 hours, 5 days a week. Even holidays aren’t taken off, except for Christmas Day and New Year’s Day. Unlike the stock market, there isn’t a constant rush to finish off important transactions before the market closes.

The Sydney session marks the commencement of trading while the New York session marks closing time, and it keeps cycling for 5 days a week. This translates into great opportunities since you will be bound neither by time nor location, giving you the ability to trade at any pace or schedule you prefer.

Leverage in Forex is similar to the concept of using a physical lever to lift something heavy. In Forex trading, leverage means controlling bigger trades than the capital you’re originally using. It’s considered a double-edged sword because it increases risk while increasing gain. Taking advantage of leverage is quite profitable if you follow risk-management strategies and conservative approaches. Brokers offer varying amounts of fixed leverages, usually between 50 to 400 times the original amount.

For instance, a 1:100ratio allows you to trade $100,000 by investing only $1,000. Clearly, this looks quite lucrative, but the losses are also big. This is why leverage is only an attractive opportunity for those who approach it in the right way. Most seasoned traders try to keep their leverage quite low, making the gains more consistent while reducing the risk of losses. Once you get more experienced with understanding the risks and gains involved, you’ll be able to use its mechanics to your benefit.

Transaction fees are almost always less than 0.1%, depending on the market conditions. The bigger the transaction, the less the spread will be. The spread is basically the fee a broker takes as a commission for making the trade easier. Its defined or calculated as the difference between the purchasing and selling of currency from the perspective of the broker, which is why the fees are lower than any other market.

Unlike other markets, like stock or option trading, there are such things as micro and mini Forex trading accounts that start at a minimum of $25. While profit and gains come from long-term and big trades, this allows anyone to start practicing their currency trading skills in a comfortable and sensible pace while learning the ropes.

Learning Forex trading is one of the few opportunities that come during a lifetime. The best thing about it is that learning will almost cost you nothing, but the gains you can make later on can be huge. An open and volatile market is a very rich environment for those who are looking to challenge themselves by tapping deep into the core of economic and financial mechanics that make the wheels turn.