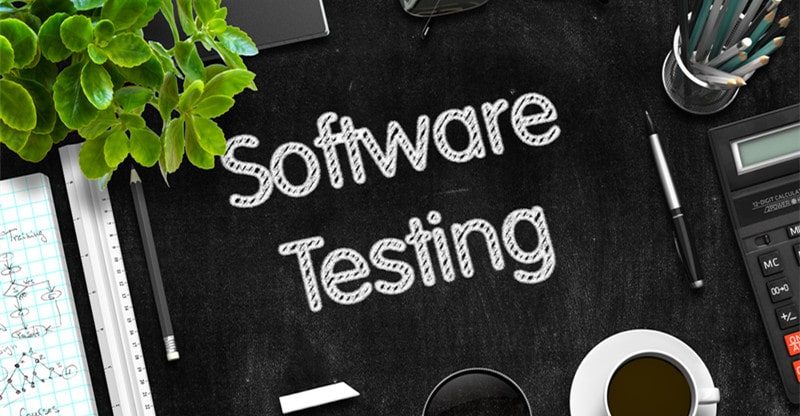 In the present software development industry, all the developing companies are trying their best to stay ahead of their competition. They are using every possible way to achieve this goal. During this process, they must remember that their hasty approach should not compromise the quality, end-user experience and customer satisfaction of the application. These are some of the most important factors that ensure the steady growth of the company.

So, you must pay proper attention to all of these factors to keep growing your company in the coming years. COVID-19 also played a vital role in the digitization of the world. The work from home culture has massively influenced the growth of digital markets, online platforms and mobile devices. Companies are also facing increased demand for advanced technologies like artificial Intelligence and Cloud-based solutions.

All these factors are playing a major role in the growth of Automation Testing Markets and the evolution of testing standards. The primary aim of businesses is to attain faster testing speeds while increasing customer satisfaction. Global market analysts have already predicted that the total market share for automation testing will increase by 16% from 2021 to 2027.

So, in this article, we will discuss everything you need to know for justifying the implementation of test automation in the year 2022.

What is Test Automation

During the early years of software development, the developers had to perform all the testing processes manually one by one. They also had to repeat the test cases for every minor change in the core framework of the application. This process drained a lot of time and resources during the application development life cycle.

Companies required an advanced method that can help them to deliver high-quality applications in a short period. Test automation was developed for the same purpose. Using this advanced technology, companies can conduct all the redundant testing processes with the help of an automated test script.

They can also reuse massive portions of these test scripts for future development projects. Using test automation, developers can also track the test data and implement various test designs on the application.

Automation testing ensures that the application is smoothly functioning and responding before you deliver it to the end-users. Companies must realize that automation testing is a vital part of their testing strategy according to modern standards. Using this technology, they can quickly deliver high-quality applications to the end-users without risking the errors related to manual testing.

The Reason to Utilise Test Automation for Businesses

Currently, businesses are witnessing an increased demand for DevOps collaboration and quality assurance testing processes. This is one of the key factors that help in the growth of test automation for scaling these businesses.

Automation testing eliminates the hassle of manual workarounds as it almost involves no human intervention. This saves a lot of time for the engineering and development teams. They can instead use this time to focus on other important areas that are located within the software development life cycle.

Now, let us take a quick look at some of the factors that are compelling businesses to incorporate automation testing in the test environment:

• Using this wonderful technology, the developers can improve the quality of the application to a great extent.

• Automation Testing helps to increase the reliability of the testing process, especially while performing regression testing.

• Using this process, the developers can validate the testing platforms with various codes and phases.

• Companies can have a short feedback cycle with test automation frameworks.

• Automation Testing plays a vital role in identifying critical errors within the web application during the early stages of the testing cycle.

Companies often fail to drive the highest potential of any large project within a framework or a plan. To ensure the highest ROI, businesses need to establish an efficient test automation framework. It is a set of rules that will lay down the foundation of all the tools and processes required to complete the testing cycle.

Companies can also jump-start a smoother process in the early stages of the development cycle. This will provide the testing team with a well-defined structure of all project objectives and all the necessary protocols for the successful completion of the project.

Let us look at some of the most important parameters that you must consider while laying down the groundwork for a test automation framework:

• All the objectives related to the product you are developing.
• Various resource limits like the timeline, budget and raw data.
• All the tools that you will need to complete the test automation process.
• All the best practices that you should install and maintain in a test environment.
• Programming and storing various automated test scripts for the company.
• All the details and features about the testing design and the execution process.
• Metrics for the testing processes and the final test reports.

Role of Tools in Test Automation

It is impossible for a human being to control all the processes related to automation testing. On the other hand, a proper tool can help in the controlled execution of test automation cases. In the present Software Development Industry, there are various tools available in the market. However, the developer must remember that each tool serves a different purpose and has a unique set of features.

So, you must choose the correct tool to utilize the full potential of your testing environment. The testers can conduct thorough research on the recent market conditions and test automation trends to make the correct decision. During the tools selection process, they should also consider the project requirements and their preferences to create a customized decision.

Tools also play a vital role in increasing the collaboration between different teams of a web development company. Let us consider the example of LambdaTest to analyze the role of a tool during the test automation process:

LambdaTest also helps to verify the proper functioning of the web application on older versions of the browser as well. LambdaTest can also test the cross-browser compatibility of locally hosted web applications.

Millions of companies all around the world use LambdaTest to verify the compatibility of their software and web applications. LambdaTest maintains an interactive activity log to store all the final test reports. Developers can analyze these test reports to find all the critical bugs detected in the web application.

Sometimes various companies are skeptical about introducing third-party applications in their test environment. The trustworthiness of these applications becomes a questionable issue. Various ways can help the developers to verify the loyalty of a test automation tool.

For instance, they can check the reviews of this tool on various online forums. Here, they can find all the honest feedbacks of various developers and customers who are engaged with this tool.

Various test scenarios are almost impossible to conduct without human intervention. The testing process of every test case will depend on the budget, project requirements, timeline and expertise of the tester. To have the ultimate testing experience, the developers must maintain an optimal balance between automation testing and manual testing.

Both these testing processes should work hand-in-hand to improve the test Framework for a company. Now, let us analyze some of the key advantages of both manual testing and automation testing:

• It helps in the accurate creation and maintenance of various test cases. Since the developers have to manually create all the test scripts individually, more attention is paid to all of them.

• Manual testing help to implement human observation that can sometimes be missed by automated test cases.

• Manual testing helps to improve the effectiveness of exploratory testing. This form of testing requires the expertise and knowledge of a human tester.

• Using this form of testing, the developers can almost eliminate any form of human error. Certain modern technologies even help companies to develop test cases automatically.

• Automation testing helps to save a lot of time that is usually wasted during regression testing and redundant testing. The code reusability feature also saves the hassle and time of developing automated test scripts for every test cycle.

• Automation Testing helps to utilize human evaluation in real-time. This means that with this testing mechanism, the developers can make quick changes in the application on the go.

So, we can visualize that automation testing and manual testing play a vital role in providing superior testing experiences. Companies should try every possible way to maintain the optimal balance between these two forms of testing.

So, we can conclude that test automation will continue to become a vital part of the modern web Development Industry. In 2022, companies have even more reasons to introduce this advanced technology in the testing environment.

At the end of the day, the primary goal of any web development company is to receive a proper return on that investment. Automation Testing is just the right way to achieve this goal. Lastly, companies should remember the role of various test automation tools to utilize the full potential of this technology.