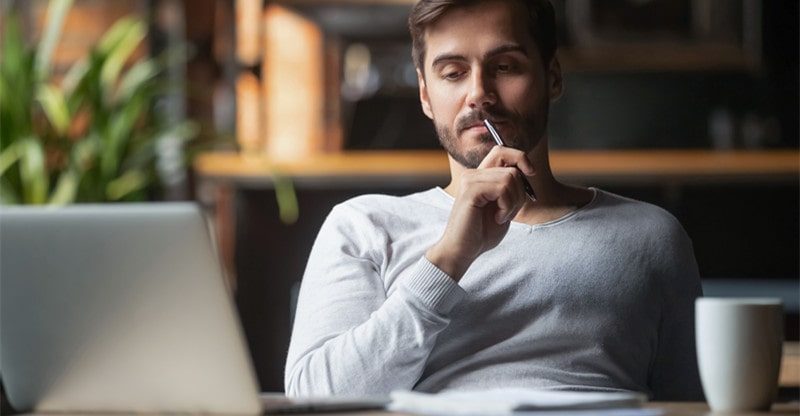 With 2023 just around the corner, it’s only a matter of time before people start coming up with New Year’s resolutions and psyching themselves up to take the big leap they’ve been putting off for months.

If you are someone who lacks impulsiveness, however, simply saying “new year, new me” before taking a risk won’t cut it. As creatures of habit, mentally tossing and turning over the responsibility of choice will be as familiar as it is exhausting. With so much to agonize over, it’s easy to feel like things are out of control.

Taming this torturous mindset may not be easy, but looking at the basics in a new light may be the way forward.

In both work and play, there will be a need for strategic thinking. For the latter, there is no shortage of games that require the player to be one step ahead, particularly in high-stakes probability games such as roulette or blackjack. Despite what some may think, even games like this aren’t simply down to closing your eyes and hoping for the best.

Before you start worrying about whether you should start scrutinizing statistical odds in your everyday life like a robot, let’s take a step back. When describing the process of choosing the best roulette strategy, Heather Ferris sums up the main points perfectly.

Not only does she emphasize the importance of knowing the variants of the game to tilt the odds in one’s favor, but also the importance of understanding how much you are willing to risk, and setting a limit for yourself.

Even in a setting where statistics are crucial, these are not the only points that matter. Rationalizing the pros and cons can only get you so far, but making sure you are in tune with yourself and taking the time to set some personal boundaries is a strategic step you can’t afford to neglect.

Learning to Say No

At first glance, this might seem counteractive. As the initial premise of the classic 2008 comedy film Yes Man suggests, it is not uncommon to associate being good at decision-making with a cheesy “seize the day” kind of approach. That is, by just saying “yes” to everything. However, it is crucial to understand that saying “no” is still a valid decision.

This expands on our previous point about setting yourself limits. If you’ve watched Yes Man to the end, you will know that the protagonist, Carl, comes to learn that learning to give everything a chance isn’t the be-all and end-all of progressive thinking.

Learning when to say no is especially important when we consider the rise in mental health awareness over recent years. Rather than continue to push yourself harder and harder or beat yourself over not being ready for a big life change, it’s good to understand whether you really are torn up over a decision, or whether the guilt of refusal is what’s holding you back.

The truth is that there’s nothing wrong with taking the time to evaluate what you know before making the next move. Rather than simply setting your New Year’s resolution to becoming impulsive overnight, remember that you are in control of the boundaries you set for yourself and that you can use your current qualities to your advantage. Not only this, but you have the power to start anew at any point, not just New Year’s Eve!