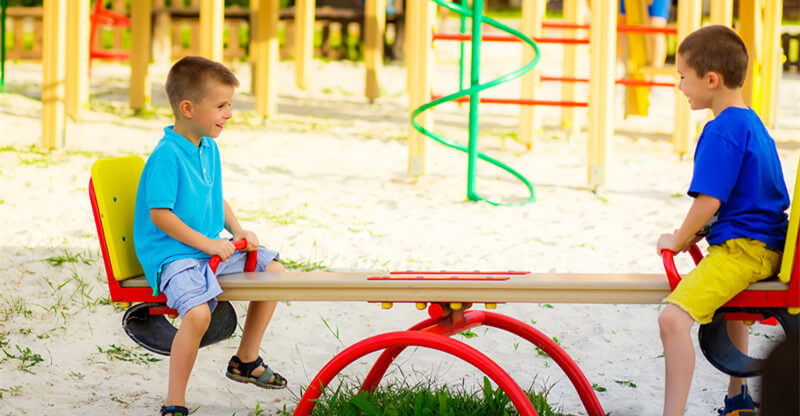 As a parent, you already know how important it is for your kids’ development to play outside. It is all about socialising and increasing mobility. Many children-friendly places are popping up in the neighbourhood.

And producers of those places, like PDPlay, introduce more and more educational properties to a traditional playground. But it is still just a playground, and sometimes it is not enough to be there, you have to propose a game. Here are five old-school games to teach your kid.

Finding anything is a common interest for children. This is why you loved to play this game when you were a kid. You pick a number that you later count to and another person or a lot of people hide. Once you are done counting, simply find them all. This simple game is so effective no matter the generation, it is unreal.

Another classic game embedded in your memory. For this one, you need to invite fellow parents and their children to participate, as it is most fun in a bigger group. Split into two teams and make sure to have a flag at your team’s base. Then protect your territory and send your enemies to jail. A flag and a little bit of imagination are all you need to bring joy to the playground.

Jump rope is a perfect way to help your kid with timing skills. He or she can jump on their own, but try to engage as many children as possible. You can always think of some jump rope rhymes to make it more attractive for the kids.

Lastly, everyone’s favourite, Simon says! Can be played anywhere, but if you are at a colourful playground, it will be an exciting game. One person says, Simon says, and follows that with action. Then everyone must do the activity. All you need is a dash of imagination.