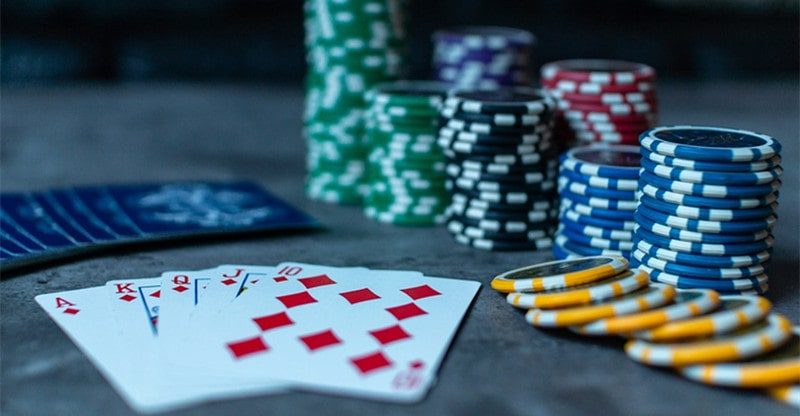 There are so many different strategies you can use when playing poker, but they ultimately come down to are you more aggressive or passive? Each one will have a certain outcome on how you play the game as a whole, yet it can mean a lot more than that. By looking a little bit closer at your playstyle, you might be able to learn some interesting things about yourself.

A passive player can easily be spotted as they are the ones who are more likely to check than raise. They will sit back and observe the table carefully, and each move will be a measured one. If you do see them make a move that might appear risky to you, it will actually be anything but to them.

Passive players are likely to be a bit quieter. They might be a lot more cautious about their chips, and will want to avoid confrontation with other players around the table, instead of focusing on the game at hand for them. Whether they are smartly suited or in nothing more than a hoodie and sunglasses, their attention is focused wholly on their game.

Of course, in poker, the opposite can be true too. You will sometimes find very loud players joking and trying to have a bit of banter with their fellow players, but when you have a close look at their game you see that all the camaraderie is just a cover for their cautious plays.

The other style of play that we often see is that of the aggressive player. These are people who are not afraid to push the bets higher. They will happily risk their chips by raising if it means that they have a chance to come out on top. Whether you play at a real table with ‘real people’ or play in a game at a site like ggpoker.co.uk, you are going to find plenty of aggressive players pushing play forward.

Though some might bluster and goad their opponents, the ones that you really want to watch for are the quiet but aggressive players. Players such as this are organised, and extremely perceptive. Every move is made with purpose, and they have a command of the table unlike any other.

A Game of People

How can we tell what someone’s personality is like by the way that they play poker? It is quite simple – poker is a game of people as much as it is a game of cards. Even if you are playing an online game and cannot physically see the people you are playing against, you need to make sure that you understand how they play. Watch their moves carefully, and try to see what conclusions you can draw from their plays.

Poker is truly a game of people. If you are not much of a player, find some footage of a final table at a big tournament and see what you can spot. Remember, there might be a good bit of banter here if there are several pro players who all know each other.

However, within that, you might be able to spot a few things that will identify whether or not a player’s overall style is passive or aggressive. Don’t forget about a little introspective too – a review and understanding of your own playstyle will be nothing but beneficial.

One of the best reasons to study poker is the chance to delve into how people think and act, and a playstyle is the first place that you will get to see this in action. If you want to study poker on a much deeper level and look into the psychology of the game, this should be where you make your start.